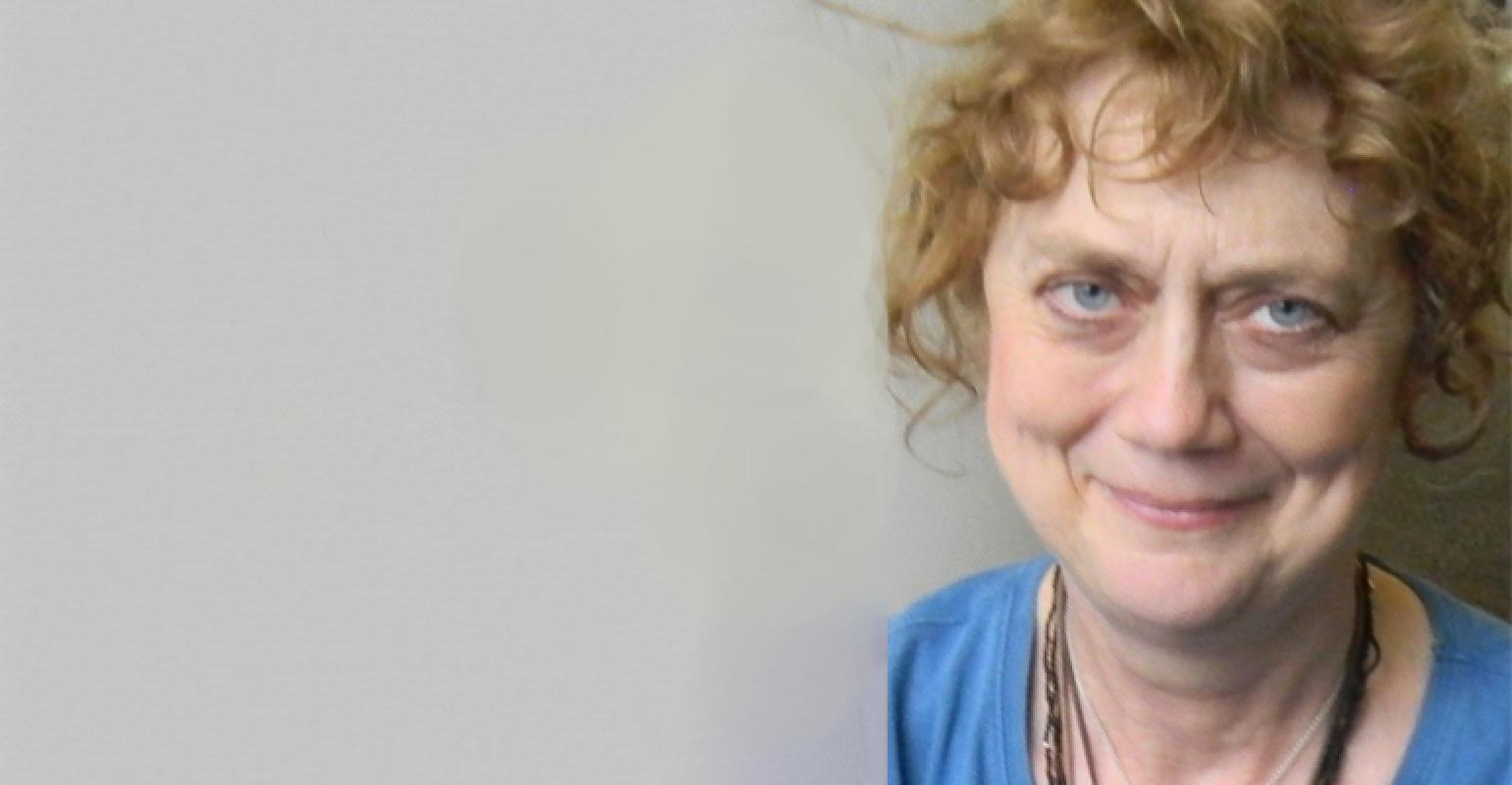 “Garbage Lawyer” Travels the World to Deal with Trash Affairs

We recently sat down with self-proclaimed “garbage lawyer” Constance Hornig to discuss her take on industry changes she has seen over the decades.

Constance Hornig has worked exclusively as an attorney in solid waste management for the last 25 years, on behalf of public entities and nongovernmental organizations (NGOs). Her job has taken her from the former Twin Towers, all the way to the Emirate of Abu Dhabi, Zambia, Barbados and El Salvador.

Domestically, among her involvements, she has worked with the Solid Waste Association of North America (SWANA), helping to shape SWANA policy. Abroad, she has worked for the World Bank and Inter-American Development Bank and represented overseas nations as they strive to improve their waste management systems.

We recently sat down with the self-proclaimed “garbage lawyer” to discuss her take on industry changes she has seen over the decades and what she envisions is around the bend.

Waste360: What was happening in the industry in your early career years, and what have you seen since?

Constance Hornig: Let me start by going back a few years before my entrance into solid waste management law. In the 1960s, I rescued a vintage ice cream parlor chair with bent wire legs from the dump by my family’s home near Embarrass, Wis. I was able to simply walk onto the dump and take that chair.

Since the [U.S. Environmental Protection Agency’s (EPA)] Resource Conservation and Recovery Act (RCRA) in 1976, a cyclone fence enclosed a roll-off box located on that old dump site. That roll-off box system meant no more leachate to sicken the crappies, blue gills and perch in the lake.

Improvements like this, beginning with RCRA and continuing with Subtitle D, were the beginning of a new era, and it was near the time that I began my legal career.

But with Subtitle D came the expense of engineering and regulating sanitary landfills. This moved us to larger facilities with greater economies of scale. A possibly unanticipated consequence of the increased costs of solid waste management is the greater role of financing, transactional and regulatory law.

Waste360: Why do you only represent public entities and NGOs? And what do you see as your most important roles in your service to them?

Constance Hornig: I only represent public entities or NGOs to avoid even the appearance of impropriety or conflict.

Much of my work for public entities is procuring waste management services from curbside collection to final deposition. The monetary value of an integrated solid waste management contract over 10 years can aggregate in tens of millions of dollars. It may be one of the largest contracts that a local government enters. Because the service is often paid for by waste generators through fees, it is not reflected in a general fund budget. So, the large expense is not as visible as, for example, a capital project such as a fire department or school. As a transactions or contracts counsel to public entities, I see my role as twofold.

Value: Because millions of residents’ and businesses’ dollars are at stake, I strive to obtain the best bang for the buck; excellent services for a fair price. “Fair” includes providing financial returns and economic incentives for the service provider to excel.

Dispute avoidance: I draft contracts like a prenuptial agreement between the local government and service provider, detailing the parties’ respective rights and obligations unambiguously and fully.

Why such nitpicking? To avoid “post-marital discord,” costly legal disputes, arbitration and litigation. When speaking on solid waste matters, sometimes I say, “I feel about litigators the way y’all probably feel about lawyers generally”—a waste of time and money and a surfeit of political and emotional turmoil. Yes, I am always anticipating worst cases, but it is to prevent, pre-empt and resolve disputes without resorting to legal brouhaha.

Waste360: Where have you traveled? And what were you doing?

Constance Hornig: Internationally, I’ve worked in Eurasia, the Middle East, Africa, the Caribbean and Central America. My work for NGOs such as the World Bank and Inter-American Development Bank generally involves evaluating existing solid waste laws and administration. I also represent individual nations, such as the Emirate of Abu Dhabi, reviewing solid waste contracts for efficacy and implementation.

Waste360: What problems have you addressed overseas?

Waste360: What has been the outcome of some of your overseas work?

Constance Hornig: There’ve been a few happy outcomes. I’ll tell you of a couple.

Zambia has enacted comprehensive, integrated solid waste management legislation as part of its new national plan, including closing the polluting dump in the capital and constructing a sanitary landfill.

Constance Hornig: In the United States, I’ve worked in communities from Kodiak, Alaska, in the northern-most Pacific to the East Coast (including offices in the late World Trade Center). In between, I’ve stopped in communities such as Lewiston, Idaho, and Waukesha, Wis.

I represent local governments from huge, urban Los Angeles County (population more than 10 million) to tiny, agrarian McFarland (population less than 15,000) in California’s Central Valley. Much of my initial work is as contract procurement counsel, including drafting regulatory framework to authorize and regulate solid waste operations. Thereafter, I work as legal advisor on contract and regulatory compliance issues.

Waste360: Tell us about how you supported SWANA in its policy work.

Constance Hornig: I was the elected representative of the solid waste legal sector to the SWANA International Board. For almost 20 years, I served as the private sector’s legal representative on the executive committee. That committee engages directly with SWANA staff, guides SWANA administration and shapes SWANA policy.

During that time, I also sat on the policy committee and contributed my legal drafting expertise, taking the lead in developing some of SWANA’s technical policies.

I have served on SWANA’s California Legislative Task Force for more than 20 years, reviewing pending legislation and regulation and lobbying for responsible but fiscally realistic solid waste management policy.

Waste360: What noteworthy changes have you seen in the industry over the years?

Constance Hornig: I have seen politicization of solid waste policy and the public moving away from concern about waste-related pollution. The public is not necessarily interested in the lifecycle costs of waste management. They only seem to want to keep waste out of landfill, no matter the impacts of the alternate management method (for example, transport energy and emissions).

But there’s also a trend to handle waste as a resource. If alternative impacts are analyzed, managing waste as a resource is a positive and pragmatic advance, especially to me, as I grew up in Wisconsin, of German farm heritage. My grandmother saved aluminum foil, hurled the dinner food scraps over the wagon-wheel fence into the Holstein’s compost pile and pieced quilts out of fabric scraps.

Waste360: Tell us about something you saw when you were overseas that especially impacted you.

Constance Hornig: On one of my early international projects, I flew via several flights for many hours to reach the client’s nation. Early my first morning, I spruced up from my grinding travel and presented myself at the office of the client’s project manager, as pre-arranged. She was too busy to see me.

Returning to my hotel, I left her a voicemail, empathizing that I realized how many responsibilities she carried and how busy she must be, but adding that I brought her California pistachios and a bottle of Napa Valley chardonnay and would like to deliver them. (I studied waste-to-energy financing in Japan where business people routinely exchange such small tokens of gratitude.)

She did meet with me. But only after visiting the guys at the construction and demolition (C&D) dump did I understand her initial possible reluctance to see me. The two men were casually inspecting trucks to ensure that they delivered only C&D debris, not garbage, to the dump. We sat on stools in the shaded but stifling, corrugated metal shed and shelled and munched peanuts together.

“You’re not like the others …,” they said, “the international experts who arrive in suits and tell you what to do. You’re real.”

We consultants can wax arrogant, and I wonder if that’s what the project manager was expecting of me. What have I learned? I have learned better respect for local knowledge and efforts and to be humbler about giving my advice.

As a side note, here is a caustic industry joke: the local NGO rep in desert-dry Africa wires back to headquarters in the U.S., “Water pumps don’t work. Too hot.”

The head office advises, “Put pumps in the shade under trees.”

Waste360: You said solid industry folks with sanitary landfills can have great impact by helping establish such sites in countries that still depend on dumps. What are examples?

Constance Hornig: International Solid Waste Association (ISWA) has initiated a Close The Dump Campaign. And the ISWA Scholarship program awards scholarships to move kids from working in dumps to studying in school.

This program gives children social mobility and the prospect of becoming professional workers, not dump scavengers. Both this program and Close the Dump, as well as similar efforts, will eventually mean no dumps at all.

Waste360: What advances in solid waste management do you anticipate moving forward?

Constance Hornig: I look forward to more analytic scrutiny of the true cost of recycling and its lifecycle impacts on water, energy and waste and its consequential discharges of pollutants.

Domestically, I hold out great hope for closer attention to a methodology of measuring recycling metrics, such as the EPA's Direct and Indirect Production of Recycling and Waste Input-Output Analysis. I also see potential for improvement as a result of many others, such as the Resource Conservation Branch in the Office of Land Use and Emergency Management and policy work of the Oregon Department of Environmental Quality.

We should be asking questions such as is a proposed waste-to-energy facility replacing dirtier coal generation or replacing cleaner nuclear power? How much fuel is consumed, and how much pollution is released to transport glass for processing? What plastics are made from byproducts of oil refining and gas processing, rather than from virgin petroleum?