Five Real Lawsuits That Were Stranger than Fiction

As in many other settings, when it comes to lawsuits, fact can be far more bizarre than fiction. Try as you may, you can’t do better by making stuff up. How many of the following scenarios are actual court cases?

To get you in the spirit, the undercard:

All were actual court filings. (But you knew that.)

He didn’t recover a penny, but he didn’t leave the court emptyhanded. At the trial, the store owner handed over his pants, saying, “These are yours.” District of Columbia Superior Court.

The trial judge dismissed his complaint on grounds that the road salt described in the complaint did not meet the RCRA definition of "solid waste.” Undaunted, Krause appealed, but without success. A three-judge appellate panel upheld the lower court ruling relying on a decision by a San Francisco federal appeals court.

There, a utility company had been charged with violating RCRA by treating its utility poles with wood preservative, which was released over time and was in turn "discarded" by rain water falling on poles. But that court concluded the wood preservative was not "discarded" and therefore not "solid waste" under RCRA, as it was released into the environment as an expected consequence of its intended use. Krause v. City of Omaha, No. 15-2985, 8th Cir., Feb. 22, 2016

He eventually got sentenced to one to 12 months' incarceration for the waste violation with credit for time served. From that ruling he appealed. The reviewing court rejected his claims of ineffective assistance of counsel and evidence insufficient to support a conviction, and upheld the sentence. What’s unclear is whether the new jail time would be tacked onto his life sentence. Commonwealth v. Gerber, No. 591 MDA 2015, Pa.Super., Feb. 1, 2016 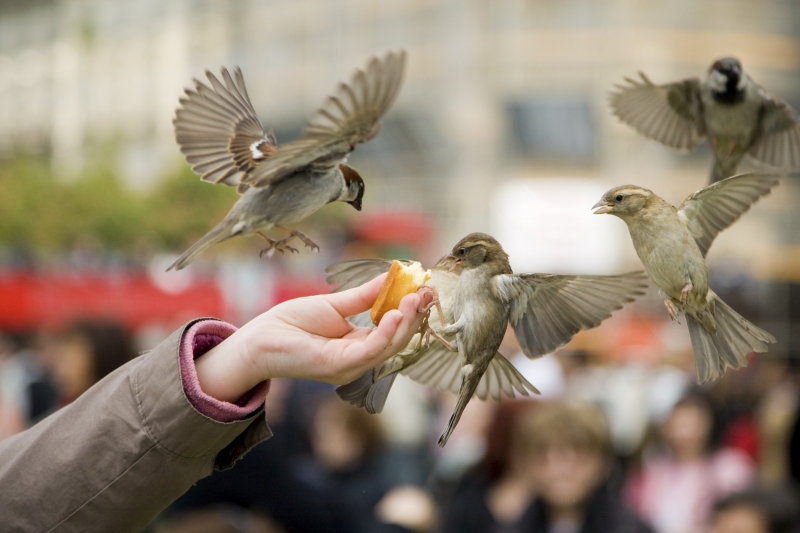 To prove the offense, the prosecution was required to present substantial evidence that Kendall knowingly placed, threw, or dropped litter on any public or private property. The deputy sheriff who issued the ticket testified that he observed Kendall throwing rice and other food articles in a 2-1/2 foot radius area on a public walkway, that the birds were actively eating some of the food at that time and that, after the officer’s presence scared away the birds and he issued Kendall a ticket, Kendall did not attempt to pick up any of the food remaining on the ground.

By a two to one margin, the appeals court panel found undisputed evidence that before the deputy sheriff intervened, the birds almost immediately began eating the rice and bread Kendall had placed on the ground. “We conclude that in this case, the State failed to introduce substantial evidence to prove that Kendall knowingly placed, threw, or dropped litter on the property,” the opinion stated. The conviction was overturned and no re-trial was ordered.

Aside from the merits of the prosecution, his conviction would have been set aside anyway, as the appeals court found that the trial judge denied him the opportunity to make a closing argument and failed to determine that he knowingly and freely waived his right to an attorney before proceeding to trial without one. State v. Kendall, CAAP-14-0001046, Haw.App., Dec. 24, 2015.