Exercising Reasonable Care During Collection and on the Road 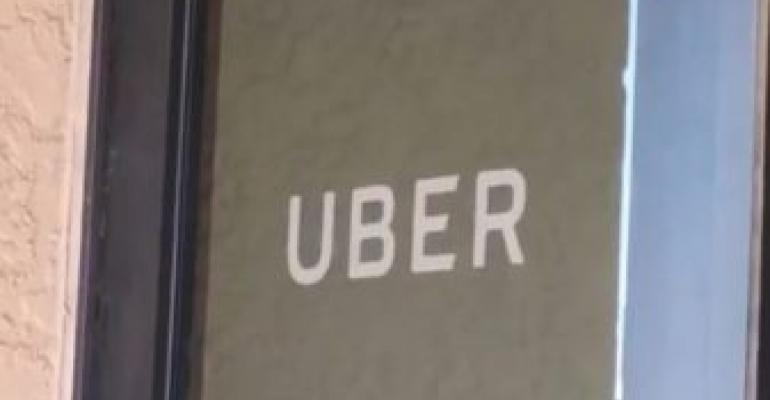 June is National Safety Month. That’s when we are encouraged to pause and focus on how we can, as much as possible, keep ourselves and our surroundings safe and free from danger.  To a great degree, it’s a time to reflect on how we can create a safer environment in the workplace.

On a daily basis, waste and recycling collection employees face dangerous conditions. First and foremost, they have to compete for space on the road to do their jobs effectively. Not surprisingly, a leading cause of injury and death for these workers is being hit by careless motorists.

“Slow Down to Get Around” (SDTGA) is a national safety campaign that originated with an Ohio waste hauler after separate incidents where negligent drivers killed one of its employees and severely injured another.  SDTGA has been part of a larger effort that has engendered laws, now in some 30 states, requiring motorists to slow down and safely change lanes when approaching certain stationary vehicles from behind. These measures cover not only waste and recycling trucks, but also police cars and emergency response equipment, tow trucks, and other utility and service vehicles.

The typical setting for a bad outcome has a waste truck at a standstill, its helpers at work, and heedless drivers nearby.  But now we have an unusual twist of circumstances in California involving a moving collection truck and a motionless automobile.

Francisco Ballesteros Madamba was driving for Uber in San Francisco when he picked up four riders at a bar and drove them to their destination at a hotel located at the corner of Post and Mason Streets. Madamba drove southbound on Mason Street, intending to drop his passengers on Mason Street, just south of Post Street. Mason Street is a one-way, two-lane street with two parking lanes, one on each side of the street.

As he approached the hotel, Madamba activated the hazard lights on his car and pulled in front of the hotel to drop off the passengers. He came to a complete stop, and the front-right and rear-right passengers exited the vehicle.  Charlotte Eliasson, who was sitting in the rear-left passenger seat, opened the door on the street side. At that moment, a garbage truck passed by. William Mason was standing on the right-side, rear step of the truck. As the truck passed Madamba's car, the rear passenger door struck Mason and he fell to the ground. He ended up needing multiple surgeries to treat the severe injuries to his leg, shoulder and wrist.

Mason and his wife filed suit against Madamba and Uber in San Francisco Superior Court, alleging negligence and loss of consortium. (Loss of consortium is a term that describes the toll on an individual after his or her spouse has died or been injured due to another person’s wrongful act. Damages may be awarded to compensate the surviving or uninjured spouse for losing the benefits of a marital relationship, including household duties, caregiving, companionship and sexual intimacy.)

Based on assertedly undisputed facts, Madamba, joined by Uber, filed a motion for summary judgment arguing that (a) he did not breach any duty of care in operating his vehicle, (b) he did not violate any traffic laws, and (c) he had no obligation to warn Eliasson, a competent adult, or to control how she exited the vehicle.

The plaintiffs opposed the motion, arguing that Madamba was careless in failing to select a safe location, away from traffic, where he could offload his passengers and by dropping his passengers in an unsafe location.  In particular, they noted that he could have used the hotel’s circular driveway to unload his passengers.  Indeed, at his deposition, Madamba acknowledged that the hotel had a driveway completely away from traffic lanes, and he stated that he could not remember whether anything was blocking the driveway or preventing him from pulling into it. When asked if he agreed it would have been safer to have dropped off the passengers in the driveway, he responded: "Assuming there was no one there, and there was no vehicle there, it would have been a safer spot."  The plaintiffs also presented video evidence that Madamba parked across the street from a large box truck that had cones placed next to it in the left lane of traffic, which plaintiffs contend narrowed the total usable width of the two travel lanes between the truck and Madamba's car.

His deposition testimony further revealed that he does not usually check his sideview or rearview mirror to determine if it is safe for his passengers to exit his vehicle, and did not do so on this occasion. The plaintiffs also presented a sworn statement from Eliasson that Madamba did not instruct her on how to safely exit the vehicle or warn her it was unsafe to exit into the roadway and that she would have done as he asked and heeded his warning.

The trial court granted the motion and entered judgment for both defendants, concluding that based "on the undisputed facts, defendant Madamba owed no legal duty . . .  that could support plaintiffs’ claims . . ., and that Eliasson's action [in opening the door on the street side] was the superseding cause of the accident." As the judge saw it, Madamba owed the plaintiffs no legal obligation to control Eliasson's conduct, to warn her about the approaching garbage truck, or to find a safer place to drop his passengers.  The court also reasoned that Uber did not owe Mason a heightened duty as a common carrier, because such a duty is owed to passengers, not third parties like Mason.

On appeal, a three-judge panel overturned the judgment, finding that the plaintiffs’ preliminary presentation of evidence was sufficient to create an issue on Madamba’s conduct, that the trial judge acted hastily in ruling for the defendants, and that the factual circumstances needed to be further developed at trial.

The panel heard the plaintiffs argue that Madamba owed Mason a duty of reasonable care to avoid offloading passengers where they might open their doors into oncoming traffic. They also framed this duty as a duty to "choose a reasonably safe place to offload passengers." In addition, plaintiffs contended that having chosen to offload his passengers where there was a foreseeable risk they might open a door into traffic, Madamba incurred a duty to try to prevent his passenger from doing so.

Under the law in California and generally throughout the country, everyone has a duty to exercise reasonable care in the circumstances and, if they fail to do so, they are liable for the injuries they cause.  This includes an obligation not to expose others to an unreasonable risk of harm at the hands of third parties.  In the case of third party conduct, a court will evaluate the foreseeability of that intervening action.

“It is reasonably foreseeable that passengers exiting a vehicle parked alongside a city street may open a car door into traffic as they are exiting the vehicle,” said the panel in its opinion.  “Passengers getting out of a rideshare vehicle may be distracted, unfamiliar with locations to which they have been driven, impaired, or simply not paying attention. Given the high volume of traffic on city streets, it is not surprising such accidents may occur and that Uber drivers, who make a living by transporting passengers, would be aware of these risks.

“[T]he interests of preventing future harm are best served by a policy that requires drivers on busy city streets to exercise due care in selecting a safe location to offload passengers,” the opinion continued.  “The burden of requiring defendants to choose a reasonably safe place to

offload passengers or warn exiting passengers about oncoming traffic is not an unreasonable expectation on crowded city streets. Defendants argue it will have ‘sweeping consequences for drivers everywhere’ because they will be required ‘to conduct case-by-case inspections and evaluate all sorts of dangers in deciding where to offload their passengers.’ But such assessments are already required of drivers who undeniably owe a duty of reasonable care to prevent injury to others in the operation of their motor vehicles.”

Did Madamba exercise reasonable care in selecting a drop-off location and in failing to check his mirrors for nearby traffic and to warn his passengers about how to exit the car?  Thanks to the appeals court ruling, the plaintiffs will have a chance to present this issue to a jury.