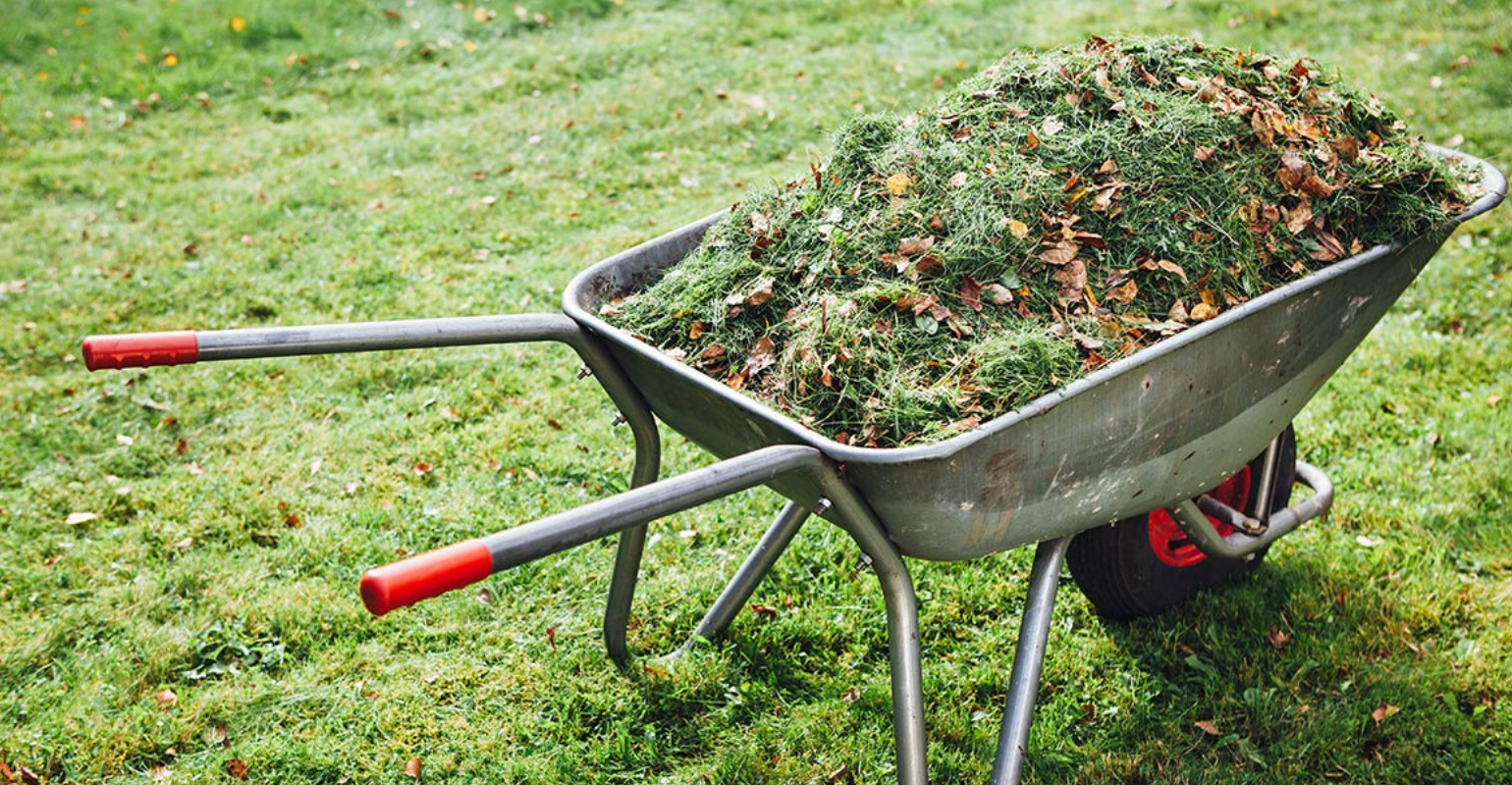 Definition of ‘Yard Waste’ at Center of Glendale Legal Dispute

With a population of 1.6 million, Phoenix, Ariz., is the fifth largest city in the United States.  Even its suburbs are jumbo-sized.  Tempe, which hosts the main campus of Arizona State University, is larger than Chattanooga, Tenn.  Mesa, the Cactus League spring training home of the Chicago Cubs, outstrips Atlanta.  Glendale, ahead of Buffalo, N.Y.

In 2010, the city of Glendale and Vieste SPE, LLC, a subsidiary of Vieste Energy, LLC (collectively “Vieste”), began discussing a proposed waste-to-energy project based on the city supplying municipal solid waste ("MSW") to Vieste.  The company would construct a facility at the city's landfill to sort MSW into waste and recyclables. Any recyclables with value would be sold, and the facility would convert the remaining material and waste to electricity through gasification. Construction on the $110 million project was expected to take about 20 months and create many jobs. City staff and Vieste representatives formally presented the project to the city council in May 2012.

To execute the project, Vieste needed a power purchase agreement for the energy the facility would produce. Because obtaining that agreement was taking longer than the parties anticipated, they decided to do the project in two phases. Phase 1 contemplated Vieste constructing "a mixed waste materials recovery facility that [would] recover and recycle approximately 50% of solid waste stream currently being landfilled," and Phase 2 would "consist of power generation from remaining waste destined for landfilling and a co-located economic development project."

In October 2012, the city council approved the project, voting to execute a ground lease with Vieste for property located at the landfill and a Waste Supply Agreement ("Agreement") governing what materials the city would deliver throughout the project. Notably, the Agreement stated that certain yard waste could be delivered to Vieste only during Phase 2 of the project.

By spring of 2015, Vieste had finished the facilities necessary for Phase 1 and was close to commencing commercial operations.  However, the parties soon found themselves arguing over what constituted yard waste and, particularly, what waste was allowed during Phase 1.

Under the terms of the Agreement, this dispute went to arbitration. The issue was:  "Is yard waste an Acceptable Waste under the Waste Supply Agreement before the date on which the Phase 2 Energy Facilities are commissioned?" In a single-page ruling, the arbitrator determined that "yard waste" was not an "Acceptable Waste Type" during Phase 1 of the Agreement. In awarding attorneys' fees to Vieste, the arbitrator underscored the limited scope of his ruling: "In reality, the dispute before me was more about the scope of the arbitration agreement, rather than the respective merits of the parties' position with respect to which party has the obligation to sort yard waste . . . . That dispute was not resolved in the arbitration."

Shortly after the arbitrator's ruling, the city filed a complaint in the Maricopa County Superior Court against Vieste and two of its executives, Michael Comparato and Mark Branaman, based on a number of contract-related claims. After the parties filed various motions and engaged in discovery, the city amended its complaint to 16 counts, including claims for declaratory judgment, breach of contract, and negligent misrepresentation. Vieste filed four counterclaims based on both the formation and execution of the Agreement.  Among the city’s claims, the most consequential was Count One, which sought a ruling that the city's yard waste is an “Acceptable Waste" under the Agreement. The stakes were particularly high for both sides; the Agreement stated that the prevailing party in any legal proceeding would be entitled to recover its legal fees and costs.

Eventually each side filed a motion for a judgment in its favor. Both motions addressed numerous issues related to the parties' dealings, but the focus was on yard waste as “acceptable” or not during Phase 1 of the project. A well-established legal principle says that a final judgment on the merits in an earlier lawsuit involving the same parties precludes a second suit based on the same claim. Under Arizona law, arbitration rulings have the same effect as a court judgment or decree.  Vieste argued that the arbitration ruling barred Count One.

Judge Dawn Bergin disagreed and granted the city's motion on Count One, concluding that yard waste typically found in the city's MSW stream could be delivered to Vieste under the Agreement. She ruled for the city on most of its other claims, for Vieste on some, and for neither party on others. The parties then agreed to dismiss the remaining few counts that had not been resolved in the ruling. After addressing various other matters over the next year, Judge Bergin awarded the city $280,000 in damages, a whopping $2,863,000 in attorneys' fees, and $954,000 in costs and expenses.  To no one’s surprise, the defendants appealed.

A three-judge appellate panel upheld the lower court decision, finding that the arbitrator’s ruling did not prevent the city from pursuing its claims and that the city’s MSW, including whatever incidental yard waste it might contain, when delivered to Vieste, is acceptable under the Agreement.

“Vieste has failed to show an identity of claims between the arbitration and this lawsuit,” said the panel. “The arbitration ruling addressed a relatively simple, standalone issue - whether yard waste under Exhibit B subsection 2 was an unacceptable waste. The ruling was presumably based on the plain language of that portion of the Agreement; the arbitrator did not interpret what the term ‘yard waste’ meant, nor did he address or interpret the difference between ‘yard waste’ in subsection 2 and the ‘organics (wood, yard and food)’ in subsection 1. Indeed, the issue of yard organics and the typical MSW composition was not addressed in the arbitration ruling.”

To fully understand the situation, a short explanation of the city’s waste collection practices is important.  Residents and businesses can deposit recyclables into city-provided curbside containers and place MSW into other city-provided curbside garbage containers. The city collects MSW and transports it to the city's landfill.  Like many jurisdictions, the city provides guidelines for what may be appropriately placed in each type of container, but it regularly finds prohibited materials in both.  These items (such as tires) are removed when they are dumped at the landfill and then transported to an off-site facility.

Besides the MSW and recycling programs, the city provides monthly curbside collection of "large, bulky items that will not fit into residential garbage containers."  Yard waste, including tree limbs and yard clippings (e.g., grass, leaves, bark, pine needles) can be deposited into curbside containers for weekly pickup, handled as bulk trash, or delivered to the landfill during the landfill's operating hours as "drop offs."

The success of the city’s case turned on the meaning of yard waste under Agreement Exhibit B, which sets forth the waste specifications. Exhibit B describes "Acceptable Waste Types" and "Unacceptable Waste." Examples of unacceptable waste include household appliances, electronics, tires, and construction or industrial waste. The Agreement defines "Acceptable Waste" by reference to what state law describes as MSW and (with emphasis added) the following:

In attempting to discern the intent of the parties, the appeals court first considered whether the waste the city delivered to Vieste complied with the Agreement's plain language.  The Agreement does not distinguish between subsection 1's so-called "yard organics" that are part of the acceptable MSW, and subsection 2's "Yard Waste" that is an unacceptable form of waste. “Though Vieste seems to contend that subsection 2's provisions express more specific intent and should control over subsection 1's, we are not persuaded; the subsections are equally specific, and we are required to interpret them in harmony with one another if possible,” said the panel.

Vieste contended that the yard waste prohibition found in subsection 2(b) applies to all yard waste collected by the city in any manner. It asserted that "whatever incidental 'yard organics'" are allowed under the Agreement "must be something other than the byproduct of maintaining 'trees, shrubs, and lawns.'" Vieste, however, did not provide the appeals court with any examples of what would qualify as "yard organics" under the Agreement.

“On its face, Vieste's interpretation would create conflicts amongst various provisions of the Agreement,” the opinion continued.  “For example, if we agreed that the yard waste specifications in subsection 2(b) prohibit every kind of yard waste, it would render the ‘organics (wood, yard and food)’ provision meaningless.”

Considering the Agreement as a whole and the surrounding circumstances, the appeals court was unpersuaded by Vieste’s arguments.  “At most  . . . the City was on notice that certain types of yard waste were prohibited in Phase 1,” the panel said.  “But in finalizing the Agreement, the parties focused only on yard waste as described in subsection 2(b), rather than changing any mention of yard-related waste within the Agreement. *  *  *  [I]t is clear there was yard-related waste in the City's MSW prior to execution of the Agreement and that the City was prohibited from altering the waste stream's composition. It is unclear how the City ever could have fulfilled its end of the Agreement under Vieste's interpretation.”

On the other hand, the appeals court found the city’s explanation of the Agreement, bolstered by evidence of its waste-management practices, more reasonable.  “The City argues the prohibited yard waste in subsection 2(b) referred to the City's monthly bulk trash pickup. Thus, the City contends that during Phase 1, the Agreement allowed the City to deliver trash from its typical MSW, but not from its bulk trash pickup. Indeed, the language of describing yard waste in subsection 2 and the City's bulk waste specifications are nearly identical, revealing they were likely contemplated in conjunction with one another.”