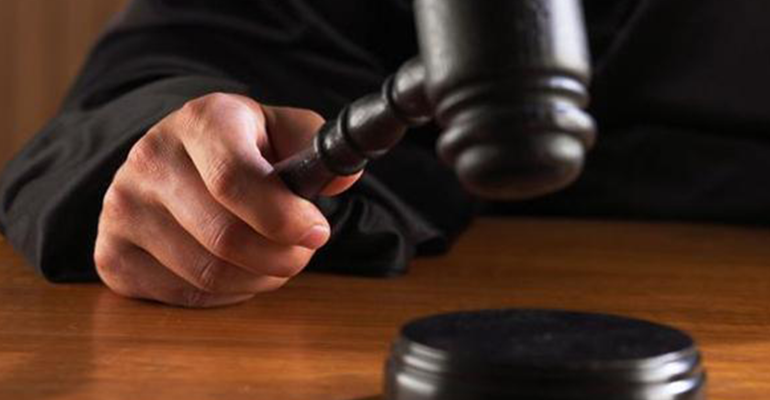 Most lists of supremely influential heads of government in European history contain the name of Otto von Bismarck.  After a confederation of German states under his leadership decisively defeated France, which had sought to restore its hegemony on the Continent, he orchestrated the unification of Germany in 1871 and served as its first chancellor for the next two decades, dominating European diplomatic affairs.  Skillful in domestic politics as well, he gained working class support by creating the first welfare state in modern history.  Among the sickness, disability and old age measures he successfully promoted was “An Act for Insurance Against Accidents” (1884) which reportedly inspired similar laws governing compensation for workplace injuries elsewhere in Europe and later in the United States.

Workers' compensation is a form of insurance providing assured but limited monetary awards to cover an employee’s loss of wages stemming from a work-related injury and to redress for permanent physical impairments and medical expenses.  In exchange, the system requires the employee to forego the right to sue their employer for negligence and thus give up potentially  lucrative pain-and-suffering jury verdicts.

The trade-off between guaranteed coverage and no recourse outside the system ostensibly addresses a couple of problems.  For one, employers beset by high damage awards might become insolvent and go out of business with a resulting loss of many jobs.  For another, claims for worker injuries in the United States are commonly limited by several tort defenses.  An employer may escape liability to the extent (a) an injury was wholly or partially caused by a co-worker, (b) the injured employee failed to take reasonable precautions to avoid injury, or (c) the injured employee voluntarily accepted the risks associated with the work.

Robert Stevenson was hired by Taylor Smith Consulting LLC, (TSC) a temporary staffing agency. TSC assigned Stevenson to work on a short-term basis for Waste Management of Texas, Inc. (WMT). The arrangement, however, was a bit more complicated.

The assignment of Stevenson to WMT was subject to a contract between TSC and Waste Management National Services, Inc. (WMNS) known as the “Master Agreement.” (WMT and WMNS are affiliated corporations, although court records do not make clear their exact legal relationship.)  Although WMT is not a party to the Master Agreement, TSC has assigned hundreds of workers to WMT under it.

In May 2014, Stevenson was working on a WMT garbage truck.  While the truck was servicing one of its usual collection routes, the driver, Rigoberto Zelaya, a WMT employee, accidentally backed the truck over Stevenson's leg and foot, seriously injuring him.  Both WMT and TSC carried workers compensation insurance for their employees. Stevenson applied for benefits under TSC’s workers compensation policy.  He also sued WMT and Zelaya, alleging negligence. The defendants moved for summary judgment, arguing that Stevenson was, for workers compensation purposes, WMT's employee at the time of the accident and thus the adjudication process under the state Workers’ Compensation Act (WCA) provided the exclusive remedy for his injury claim.  Stevenson filed a cross-motion for summary judgment stating that no evidence existed that he was WMT’s employee. He relied primarily on the Master  Agreement, which refers to temporary laborers like Stevenson as WMT independent contractors.

The WCA views coverage as a two-way street.  Employers benefit from the exclusive-remedy protection asserted by WMT in this case, while workers who qualify as employees receive compensation for injuries without regard to fault or negligence.  This assures that an employee’s medical bills and lost wages will be covered if they are injured.  The system is ballyhooed as saving time and litigation expense inherent in proving fault in a common law tort claim. However, some workers compensation claims take years to work their way through the system and still may end up in the courts.  Although some employees simply don’t want to sue their employers for on-the-job injuries, others, like Stevenson, seek opportunities for a considerably better payout achievable through ordinary litigation.

The trial court granted summary judgment for WMT.   An intermediate court of appeals reversed and sent the case back to the lower court, finding that the trial judge needed to hear and consider testimony in open court on whether Stevenson was WMT's employee.  The Texas Supreme Court accepted the case for review, reversed the appeals court judgment, and ruled against Stevenson.

Under the WCA, an "employee" is "each person in the service of another under a contract of hire, whether express or implied, or oral or written."  An "employer" is "a person who makes a contract of hire, employs one or more employees, and has workers' compensation insurance coverage." Contrary to what one might expect, applying these definitions has turned out to be quite a chore for Texas judges.

Frequent litigation over the exclusive-remedy provision yielded several decisions by the state high court addressing whether an individual was an employee for workers compensation purposes where an employment agency had provided a plaintiff worker to a client defendant.  Under those cases, a worker is deemed to be an employee rather than an independent contractor if “the employer has the right to control the progress, details, and methods of operations of the work."

All of the cases involved plaintiff workers who were under the direct supervision of the client defendants and thus limited to relief under the WCA.  The fact that the defendant did not directly employ the worker provided by the staffing agency did not factor prominently in the analysis. Nor did the result turn on the contractual relationship between the staffing agency and its client. Instead, the justices determined whether the defendant qualified as the worker's employer by examining who exercised the right to control as a practical matter in the course of the parties' daily work.

On appeal, Stevenson and WMT agreed on the "right-to-control" test, but disagreed about what "right-to-control" means and whether WMT had it.  For their part, the justices were unhesitating.  “[T]here is no doubt [WMT] controlled Stevenson's work, both as a general matter and in the specific circumstances of his accident,” the opinion stated.  To support their conclusion, the justices relied on transcripts of deposition testimony submitted to the trial judge to support the summary judgment motions.

It was undisputed that Stevenson was injured while working on a garbage truck owned by WMT and while on a garbage hauling route operated by the company.  In his deposition, Stevenson admitted that company route managers had "the ability to tell you what to do and how to do your job."  He also agreed that the garbage truck driver, a WMT employee, was "the captain of the ship" and "the guy in charge." He further conceded that the driver had the authority to tell him that he was doing his job incorrectly and that "[y]ou need to do it this way."  The driver was "in charge of the work that was done." The driver would decide where the helper would stand on the truck and when they would break for lunch. The driver even had authority to decide which side of the street the helper would work.

The driver, Zelaya, testified by deposition that, on the day of the accident, "I was controlling [Stevenson] with respect to how to do the job." He further stated that at the beginning of the route he would instruct the helpers as to "what we're going to do and how we're going to do it."  Zelaya talked about his "right to control how the helpers did their work on the day of the accident."

WMT's operations manager testified that Stevenson, while assigned to WMT, was a WMT employee and was under the control of Zelaya, the driver, who was in "full control" of the crew beginning in the morning. He further stated that WMT provided helpers with instructions and training, and the company had the authority to assign tasks and to stop unauthorized conduct.

TSC’s owner testified that his company did not control Stevenson's work and that Stevenson was not an independent contractor but instead worked for WMT:  "Once we put the person on the assignment at the site . . . we don't manage them at that point. We don't tell them what to do. We don't give them directives." Once workers are assigned, they are "managed and fired and all those things by the client," he added.

Stevenson attempted to overcome this overwhelmingly damaging testimony by citing instances where WMT did not directly, physically control his every movement.  For example, Zelaya testified that, as the driver, he could not control Stevenson because "he's on the side of the street," and that Stevenson "is a grown-up man" who knew "what he was doing."  Zelaya further testified that Stevenson knew "what to do" and "how to do it."

“Employer status does not depend on whether the employer physically controls every action of the employee,” the court wrote.  “Every employee is to some extent self-directed in the physical carrying out of his daily work. *  *  * The foregoing evidence conclusively established that [WMT] controlled the progress, details, and methods of operations of the work.  *  *  *   [WMT] set [Stevenson's] work schedule, gave him his assignments, and supervised his work.

*  *  *  Moreover, at the time of the accident, [WMT] exercised actual control over the details of the work that gave rise to the injury.”

So far, the employer-employee issue seemed solidly resolved in favor of WMT.  But what about the Master Agreement?  Stevenson contended that WMT contracted away its exclusive-remedy protections -- or at least created a fact issue as to his employment status, as the court of appeals concluded, which precludes summary judgment.  Stevenson argued that because a WMT-affiliated company agreed by contract that workers supplied by TSC would be independent contractors, WMT cannot now contend that Stevenson is a WMT employee. Indeed, the Master Agreement states, in part, as follows:

“[TSC] is solely responsible for performing all hiring, firing, discipline, training and other responsibilities necessary to discharge its legal obligations as the employer of the Personnel suppled to [WMNS]. [TSC] and [temporary labor] shall be independent contractors in respect of [WMNS] and shall not be employees of [WMNS].”

The justices credited Stevenson with an apt observation but they shrugged it off.  “There is a ‘have your cake and eat it too’ flavor to [WMT’s] position,” they said.  “It wants Stevenson to be its employee in this case, but if Stevenson had injured a third party while on the job, [WMT] would likely try to use the Master Agreement to defeat vicarious liability by arguing that Stevenson was an independent contractor. Stevenson is undoubtedly correct that [WMT] is not entitled to unilaterally switch his status between employee and independent contractor whenever one label or the other suits [WMT]. But that is not what is happening here.”

Under state law, a contract stating a person is an independent contractor is given effect unless the exercise of control was "so pronounced" and "so persistent" as to raise an inference that the parties acquiesced in the principal's right to control the details of the work.

“The facts of [WMT’s] daily control over Stevenson's garbage-collection work . . . satisfy the standard . . . for looking beyond contractual labels,” the opinion concluded.  “No evidence – whether in the contract or in the parties' behavior – indicat[es] that the Master Agreement's

independent-contractor label ever had any bearing on [WMT’s] right to control the workers on its garbage-collection routes.”