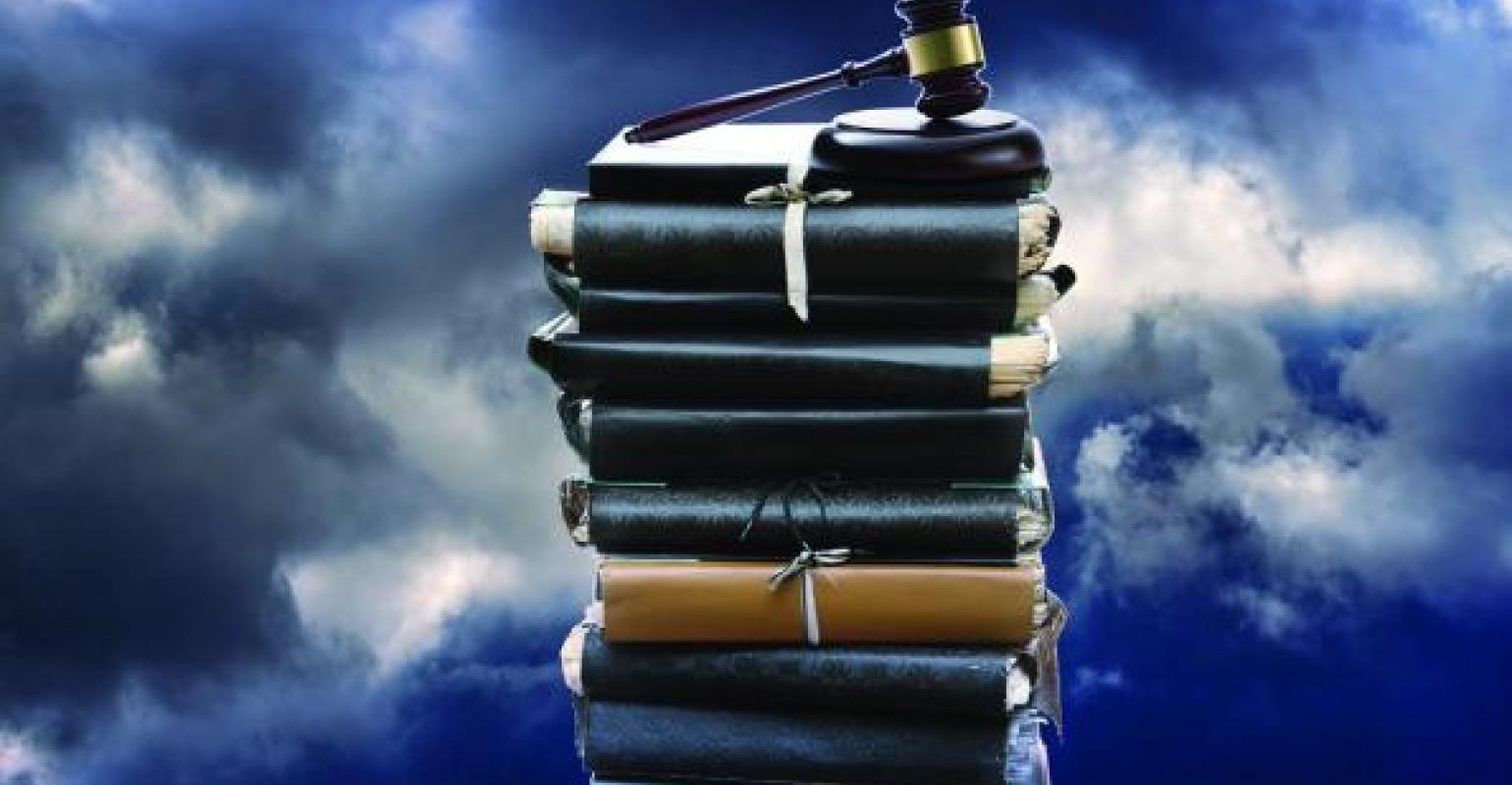 Now and then, stories appear about jurors in a criminal case who believed that a defendant was guilty, but nevertheless chose to acquit him. They may have viewed the law itself as unjust, the police or prosecutors as having behaved badly or the potential punishment as too harsh. This phenomenon, known as jury nullification, is not officially part of criminal procedure, but it thrives partly because jurors cannot be punished for reaching a “wrong” decision—that is, acquitting a defendant despite proof of guilt beyond a reasonable doubt.

If Advanced Disposal Services carelessly overloaded and thereby damaged a semi-trailer, what amount of money would fully compensate the trailer owner, American Wood Recycling? That question was considered by a jury in Green County, Wis. The jury’s answer: $25,000. But in a move that some might call judicial nullification, American Wood convinced the trial judge to double the jury’s damages award.

On appeal, however, Advanced Disposal successfully argued that the judge was wrong to tinker with the verdict. A three-judge appellate panel rebuked the judge’s overreach by overturning his decision and sending the case back to him with directions to reinstate the jury’s damages answer.

The trailer is equipped with moving floor slats. Underneath, the equipment that moves the floor slats are cross members that support the trailer floor. According to the evidence, before the loading incident at issue, through no fault of Advanced Disposal, some of the cross members in the trailer had suffered broken welds and cracks. (The appeals court referred to the broken welds and cracks as "pre-existing damage" and referred to the post-loading condition of the trailer needing repairs as “new damage.”)

An American Wood employee left the trailer with its preexisting damage at the facility. When the employee returned the next day, he observed that the trailer had suffered some new damage. In particular, the roof was newly bowed upward and had broken away from the trailer and the floor had given out.

American Wood transported the trailer to Ken's Truck Repair (KTR) but did not ask KTR to distinguish between the repair of preexisting damage and the repair of new damage. Instead, KTR was directed simply to bring the trailer into proper working order. When the job was completed, KTR submitted an itemized invoice in the total amount of $50,285.79, listing more than 80 separate line items for service and parts.

Alleging negligence, American Wood sued Advanced Disposal for damages. At trial, both sides presented evidence and testimony on the nature of the preexisting damage and the causes of new damage. American Wood's witnesses took the position that the preexisting damage was not a contributing factor in the creation of any new damage and that Advanced Disposal had caused all of the new damage entirely through negligent loading.

Without objection by either party, the trial judge asked the jury to render a special verdict. A special verdict is a jury’s answers to one or more factual questions submitted in writing by the judge. They appear on a form for the jury to complete. Special verdicts are usually used in civil cases where complex and technical facts are involved. A general verdict, by comparison, just says the plaintiff wins or loses, and if the plaintiff wins, how much damages are awarded.

The damages question was presented separately. "Regardless of how you answered the preceding questions, you must answer the following question: What sum of money will fairly, reasonably, and fully compensate [American Wood] for the damage to the trailer?" [Jury: $25, 000]

After the jury returned its answers, American Wood objected that the $25,000 damages amount was clearly a mistake and asked that the judge reinstruct the jury on damages and that the court override the jury (by means of a directed verdict) if it came back with a number below $50,000. Over Advanced Disposal's objection, the judge asked the jury to reconsider the damages question. During its subsequent deliberations, the jury submitted the following question: "Does this mean all? Or none? 0 or 50,000?"

[I]n the court's opinion there was not evidence or testimony supporting [the jury's] finding of damages at $25,000. The only credible evidence that really wasn't disputed was the actual [KTR] invoice and that dollar amount was $50,285.79, and while it would have been possible in theory to find other numbers, there wasn't any evidence supporting the finding of another number or that the repair bill was unreasonable or too high or anything to that effect.

The court subsequently entered judgment for American Wood in the amount of $50,289. (The $3.21 discrepancy was never explained.)

Generally, a trial judge’s decision to change a jury's verdict is wrong if the verdict is supported by any credible evidence, and it will be set aside on appeal. A jury determines the credibility of witnesses, resolves conflicts in the testimony, weighs the evidence and draws conclusions from the evidence. In addition, a jury can accept or reject an expert's opinion or certain portions of an expert’s testimony.

Based on the trial record, the appeals court found ample reasons to affirm the jury’s $25,000 verdict. “We first note that the jury was instructed to award only those damages that would ‘fairly, reasonably, and fully compensate’ American Wood for repair of new damage to the trailer, not to compensate American Wood for repair of pre-existing damage,” the opinion said. “Along the same lines, the jury instruction on this topic directed the jury to determine as damages the amount representing the ‘reasonable cost to restore the property to its prior condition,’ which in context logically meant restoration of the trailer's condition to its status before the loading incident, not its condition at some earlier time before some or all of the pre-existing damage developed.”

Advanced Disposal’s defense at trial was based on the proposition that the nature and extent of the preexisting damage caused the new damage. “To the extent that the jury accepted all of the evidence and reasonable inferences from this evidence as argued by Advanced Disposal, the jury could have determined that some fractional amount of the repair bill represented work addressing new damage and another percentage addressed pre-existing damage,” the opinion continued. “[I]f the jury found that repaired damage to the floor was mostly pre-existing damage, this gave the jury ample room for its damages estimate. It was not within the authority of the circuit court to substitute its view that $25,000 was too low a number to assign to an estimate of the cost to address new damage.”

Here, the jury specifically asked for the KTR invoice during its deliberations and had a chance to review which items might have appeared to represent preexisting damage and which items represented new damage. Under Wisconsin law, a jury can, in these situations, select among the line items on a bill and ignore or adjust downward the costs associated with the items and services based on the jurors’ collective notion of common sense and experience.

“The fact that the owner of [KTR] testified that the repairs were all reasonable and necessary to return the trailer to a safe working condition does not undermine the jury's damages calculation of $25,000,” said the panel. In fact, the trial judge instructed the jury that: “if property can be restored to its condition before the [damage], compensation to the owner is measured by the reasonable cost . . . to restore the property to its former condition, not what may have been the actual cost of repair."