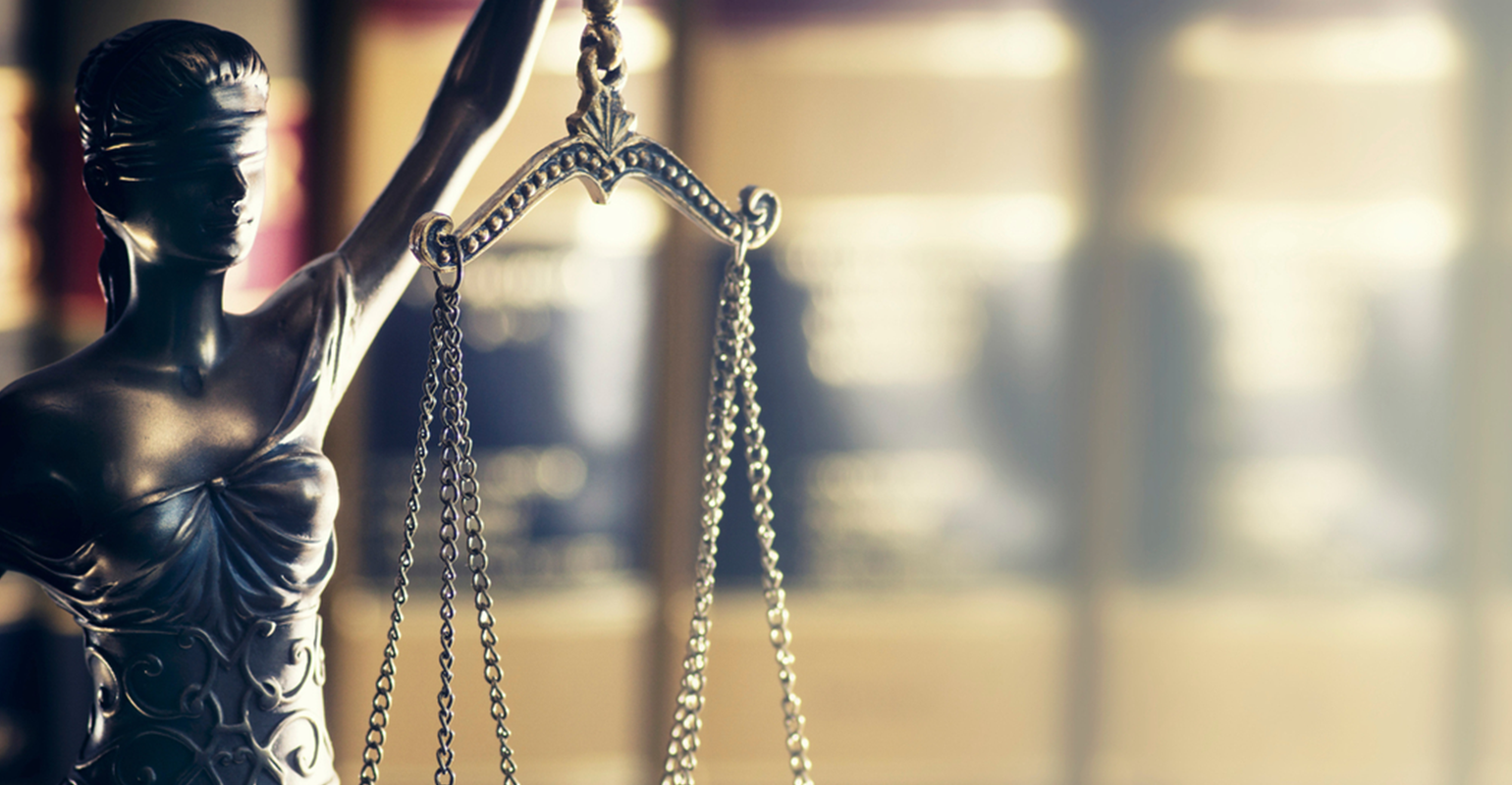 Criminal and civil law are customarily separate worlds. They exist to remedy different types of harm: civil law for private injuries; criminal law for acts deemed offensive to the well-being of society. But the lines between them are often muddled, particularly when they address different issues that arise from the same events.

As a simple example, if you intentionally hit somebody without a good reason, your action is both a tort and a crime. The victim can bring a civil lawsuit and claim damages (compensation) based on the injury you caused.  If he wins, the court enters a judgment in his favor for a specified amount of money, which you now owe him for your wrongful behavior. The very same act can result in the State deciding to prosecute you for the criminal offense of assault or battery -- definitions vary.  Surely no community that prides itself on good order and decency can tolerate people hitting each other willy-nilly.

For many defendants caught up in a criminal investigation, the consequences of companion civil litigation or regulatory proceedings may be as consequential as the criminal probe.  And, as we shall see, vice versa.

Waste Management, Inc. and Waste Management Hawaii, Inc. ("WMH") (collectively "Waste Management") entered into an insurance contract with AIG Specialty Insurance Company ("AIG"), effective January 2011 through January 2014.  WMH operates the Waimanalo Gulch Sanitary Landfill under a contract with the City and County of Honolulu.  The coverage made AIG responsible for defending claims and, if necessary, paying for losses that Waste Management “becomes legally obligated to pay as a result of a Claim for Clean-Up Costs resulting from a Pollution Condition, beyond the boundaries of the Insured Property . . . ."  The policy provided $50 million of coverage per incident with a $5 million deductible.

Heavy rainstorms hit Oahu in December 2010 and January 2011, leading to flooding in sections of the landfill.   On both occasions, contaminated water was discharged into the Pacific Ocean through an open manhole. The contamination included syringes, blood vials, catheters and other medical waste, which washed up on nearby beaches.

A few weeks after the last storm, the U.S. Environmental Protection Agency ("EPA") issued an Administrative Order on Consent for Removal Action ("AOC").  By its terms, WMH agreed to respond to the pollution event by taking certain actions.  Notably, the AOC explicitly reserved the federal government's right to pursue Waste Management for other criminal and civil penalties. In April 2011, the U.S. Department of Justice ("DOJ") began a grand jury investigation into the pollution from the landfill.  Four months later, the EPA notified WMH that the response work set forth in the AOC had been satisfactorily completed.

WMH and two of its employees were indicted, in April 2014, under the Clean Water Act for knowingly discharging pollutants into U.S. waters.  Count Nine of the 13-count indictment alleged that, as the January 2011 rainstorm approached, a WMH employee decided to leave the manhole open to function as an overflow drain within the landfill.  Under a plea agreement in 2015, which explicitly provided that it was separate from any potential civil claims, the defendants pleaded guilty to the criminally negligent discharge of pollutants.  In October, 2015, the federal district court in Hawaii fined WMH the sum of $400,000 and ordered the company to pay $200,000 in restitution to neighboring businesses.

Thereafter, AIG again denied coverage for the criminal proceedings and refused to reimburse WMH for its criminal defense costs.  After DOJ informed WMH, in August 2016, that it intended to file a civil complaint seeking civil penalties and injunctive relief, AIG agreed to defend WMH on the civil claims.  Those claims were eventually resolved in April 2019 by a consent decree.

Waste Management filed suit against AIG in Texas state court, alleging that AIG had violated its duty to defend and its duty to indemnify under the insurance contract, had breached its duty of good faith and fair dealing, and had violated provisions of the Texas Insurance Code.  In particular, Waste Management sought coverage from AIG for costs related to the criminal proceedings.  AIG removed the case to federal court.

In March 2019, U.S. District Judge Andrew S. Hanen ruled after a hearing that AIG had no duty to defend Waste Management against the criminal allegations and granted judgment in favor of the insurer on all claims.  On appeal, a three-judge panel of the U.S. Court of appeals for the Fifth Circuit agreed.  “The district court did not err in finding that there was no claim that triggered [AIG]’s duty to defend against the criminal allegations,” the panel wrote.

Both the appellate court and the district court focused on the terms of the policy, particularly "COVERAGE D," which defined "Claim" as "a written demand received by the Insured alleging liability or responsibility and seeking a remedy on the part of the Insured for Loss under [Coverage D]." It defined "Clean-Up Costs" as "reasonable and necessary expenses, including legal expenses incurred with [AIG's] written consent . . ., for the investigation, removal, treatment . . ., remediation . . ., or disposal of soil, surface water, groundwater, . . . or other contamination [t]o the extent required by Environmental Laws . . . ." In turn, it defined "Environmental Laws" as "any federal, state, provincial or local laws (including but not limited to, statutes, rules, regulations, ordinances, guidance documents, and governmental, judicial or administrative orders and directives) that are applicable to the Pollution Condition.

Under Texas law, which both the district court and the appeals court applied, whether an insurer has a duty to defend depends on the facts alleged in the complaint and the policy coverage.  The policy states that "[w]hen a Claim is made against the Insured to which [Coverage D] applies," AIG has a duty to defend against "such claim."

Although the costs to defend and implement the AOC were not at issue and admittedly AIG had no role in the AOC, Waste Management nevertheless argued that the AOC constituted a claim for clean-up costs that triggered AIG's duty to defend against the criminal allegations.  As Waste Management framed the situation, all of the proceedings arising out of the illegal pollution incidents were part of a unified, coordinated enforcement process, which began with a demand for clean-up costs in the AOC (triggering AIG’s duty to defend) and continuing through the conclusion of all proceedings based on the same factual allegations.

This contention was untenable for at least two reasons:  (1) the AOC came months before the DOJ began its grand jury investigation and it explicitly reserved the federal government's right to pursue criminal penalties; and (2) the EPA notified Waste Management that the AOC-required response work was complete almost three years before the grand jury indicted WMH and two of its employees.  Indeed, a more persuasive tie-in would have been the reverse.  The federal government often threatens or pursues criminal cases against offenders in order to squeeze civil responses and fines from them.

“When there is a claim for clean-up costs, [AIG] has a duty to defend against such claim,” the appellate opinion said. “This language provides a common-sense limit on [AIG]'s duty to defend: When there is a written demand for clean-up costs covered by the policy, [AIG] must defend against that written demand.  Were we to agree . . . that the AOC . . . triggered a duty for AIG to defend in all criminal or civil proceedings arising from the same pollution incidents, we would effectively be reading this bargained-for restriction out of the contract. We are not at liberty to do so.”

Waste Management got nowhere in attempting to characterize the indictment as just another facet of a claim for clean-up costs for which AIG was obliged to defend. “The indictment, which was explicitly limited to criminal rather than civil penalties, does not expressly seek any remedy from [Waste Management],” the opinion continued. “Therefore, on its face, the indictment does not appear to fall within the policy's definition of a ‘Claim.’ ”