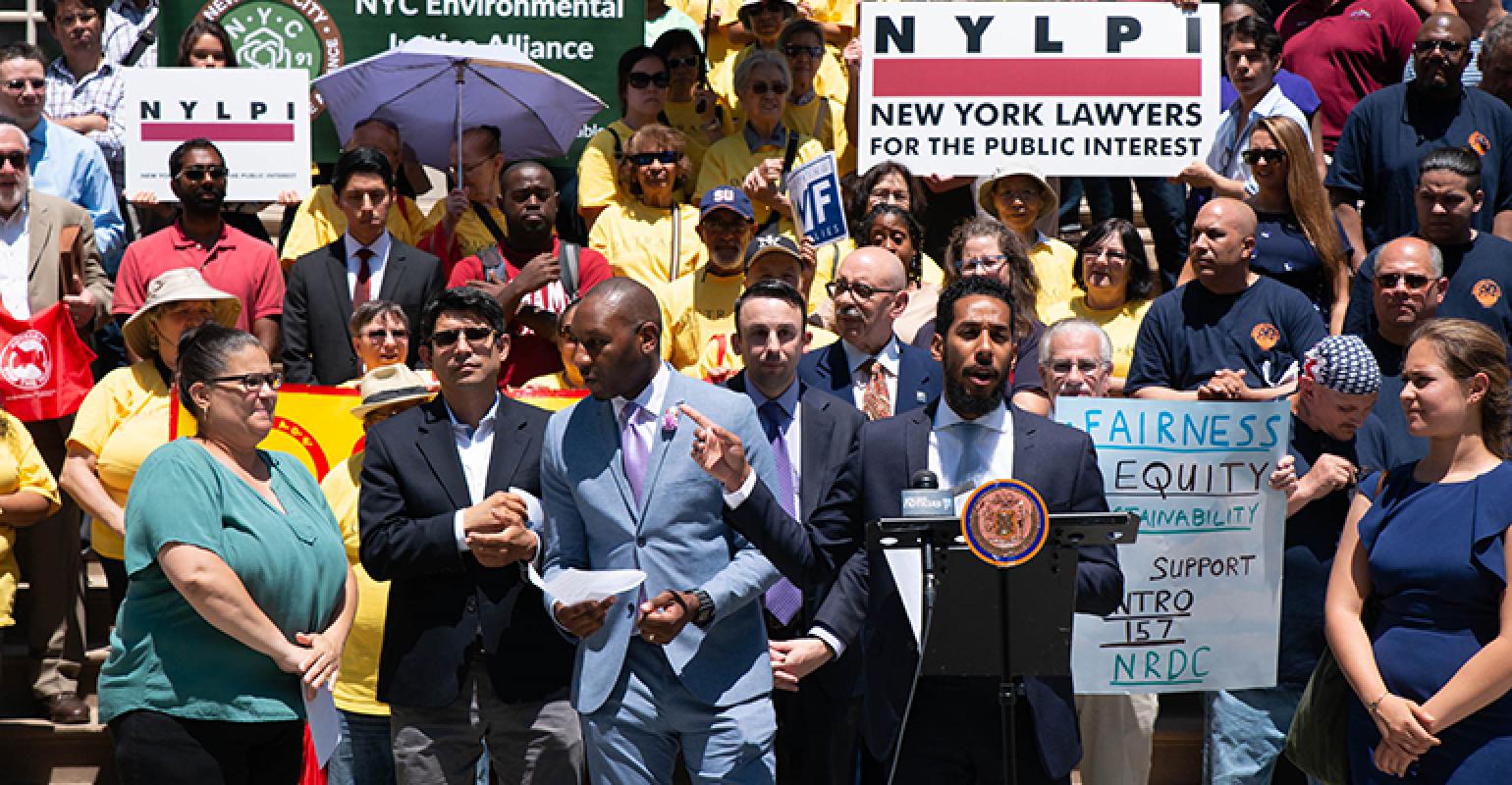 Communities in North Brooklyn, Southeast Queens and the South Bronx will now continue to be protected by Local Law 152.

A New York Supreme Court judge on October 4 ruled to dismiss a challenge from the waste industry to Local Law 152, better known as the waste equity bill, which requires more than 20 transfer stations located in Brooklyn, Queens and the Bronx to reduce their capacity by as much as 33 to 50 percent when their permits come up for renewal.

The law was originally passed by a City Council vote of 32-13 in July 2018 and focuses mainly on the neighborhoods of North Brooklyn, Southeast Queens and the South Bronx, all of which are considered “low-income communities and communities of color” and are home to 26 of the city’s 38 waste transfer stations.

Advocates say Local Law 152 is helping communities overburdened by waste truck traffic and tonnage, but critics say the law provides little actual relief to the targeted areas and instead increases costs to the city’s businesses, results in the loss of good working-class jobs and damages the infrastructure necessary to keep the city clean.

In November 2018, the law was challenged by a coalition of New York City businesses, city residents and the National Waste & Recycling Association (NWRA), which argued that “the city ignored required environmental reviews in order to pass a law that does not improve the environment and in fact will increase traffic and air pollution. This arbitrary law will extinguish hundreds of jobs in low-income communities and imperil family-owned businesses that run transfer stations and small vendors and fuel suppliers that rely on them. The city also ignored New York State law governing solid waste management and disregarded the city’s own Solid Waste Management Plan.”

“Our Environmental Justice program, which was born out of advocacy for waste equity, has been involved in advocating on behalf of and alongside communities who have historically disproportionately suffered the negative impacts of waste infrastructure,” says Melissa Iachan, a senior staff attorney in the Environmental Justice program at NYLPI. “For decades, over 75 percent of the city’s commercial and residential waste has been processed in North Brooklyn, Southeast Queens and the South Bronx. We’ve worked closely with community organizations in these areas for years and worked on things like the Solid Waste Management Plan, Local Law 152 and the commercial waste zone bill to help change how the city manages its waste.”

“In spring 2018, we introduced the waste equity bill for the third time in City Council, but that time we had momentum, we had awareness and we had the necessary political momentum,” she adds. “It was a slightly more realistic bill than we had started with, but we knew it would still provide some meaningful and long-needed relief to these communities. When the bill passed, we were thrilled, but then the lawsuit from the industry was filed, and we were asked to defend the law. So, we filed an amicus brief on behalf of community organizations, and I was actually allowed to argue in court on behalf of the affected communities, which is atypical. We felt really good at that point, and we’re very happy with the outcome and that the point was made that this isn’t about technicalities, an environmental review or nickels and dimes; it’s about the health and wellbeing of communities that for decades had been processing 75 percent of the city’s waste.”

The New York State Supreme Court ended up dismissing the challenge from the waste industry, stating that the challenge petitioners didn’t prove that Local Law 152 was arbitrary, capricious or made in violation of lawful procedure.

“We are disappointed with this decision that will ultimately cost jobs while providing no environmental benefit,” Steve Changaris, vice president of NWRA’s Northeast Region, told Waste360. “Our coalition has already had discussions on how to move forward. While we are still reviewing our options, there is strong sentiment to appeal this ruling, and we are confident that would result in a favorable outcome.”

While this outcome wasn’t what NWRA and other opposers had hoped for, advocates like NYLPI and the City of New York Department of Sanitation (DSNY) are celebrating Local Law 152 staying enacted.

“Community members are elated because this is the first big win that they’ve had in decades of advocacy. It’s a huge and significant victory, especially given the politics that surrounded this campaign,” says Iachan. “There’s a lot of money on the other side, and there’s little to no money on the side of these grassroots communities and public interest lawyers, so it’s always inspiring and energizing for communities to see that it’s not always about who has the biggest guns; it’s about what’s right and wrong and that equity can win.”

Adding to Iachan’s statement, DSNY told Waste360 that it’s “pleased the court upheld this important law. Local Law 152 will bring much-needed relief to some historically overburdened communities in the city.”

Looking ahead to the next plan of action, NYLPI, along with New York City Council Member Antonio Reynoso, DSNY and others, is working to advance a commercial waste zoning bill, which aims to divide the city into at least 20 zones serviced by contracted carters selected through a competitive process. The bill, which has received some support from advocates and some pushback from members of the waste and recycling industry, could go to a full vote in the City Council by the end of October.

Waste360 will continue to follow the progress of New York City’s commercial waste zoning bill as well as any appeal to the waste equity bill challenge ruling.