HomeThe BusinessLegalCan Someone Who Pilfers Trash Be Taking Something of Value?
Recent
Machinex Upgrades West County Resource Recovery in California
May 27, 2022
EREF Hosts Record-Breaking Charitable Auction, Proceeds Directly Support Scholarships and Scientific Research
May 27, 2022
This Week in Waste: Top Stories May 23 - May 28
May 27, 2022
Landfill Emissions Measurement: What We Know, What We Need to Know
May 27, 2022
POLL
SWANA & Oceans Caucus Foundation Host Congressional Briefing on Recycling
May 27, 2022
Collaboration Leads the Way in Connecticut to New Extended Producer Responsibility Law for Management of Discarded Residential Gas Cylinders
May 27, 2022
An Uber-Style Service for Curbside Recycling
May 26, 2022
S&B Selected as Contractor for New Hope Energy’s Advanced Plastics Recycling Unit
May 26, 2022

Can Someone Who Pilfers Trash Be Taking Something of Value? 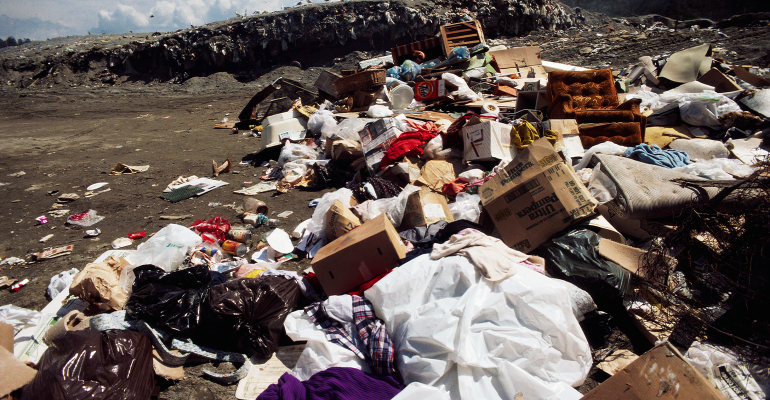 “Who steals my purse steals trash.”  So says Iago, a scheming, jealous and spiteful advisor to the title character in Shakespeare’s Othello.   “But he that filches from me my good name . . . makes me poor indeed.”   Putting aside Iago’s duplicity – to him, reputation is a convenient way to mask one’s objectives – it can be plausibly argued that maligning someone can be a much more serious offense than stealing that person’s money or valuables.

What about the converse?  Can someone who pilfers trash be taking something of value?

Prosecutors in Oregon thought so.

Surveillance cameras caught John Sjogren taking garbage from a pit at a waste facility in Coquille, Oregon, known as the Beaver Hill Transfer Site. The pit is 10-15 feet deep with concrete walls supporting the below-ground portion. Above ground, there are no walls.  Widely spaced pillars support a sheet metal roof covering the pit’s contents. Other than these pillars, the area between the roof and the ground is completely exposed.

The purloined material had minimal value – $100 or less, according to court documents.  (Its value – or lack of value – went unchallenged.)  Sjogren was charged with felony second-degree burglary.  At the close of the prosecution’s case, his attorney moved for a judgment of acquittal.

Under the Oregon burglary statute, a person commits second-degree burglary if he or she "enters or remains unlawfully in a building with intent to commit a crime therein."  The attorney argued that Sjogren did not enter a "building.” He was in an area that is “basically a roof on stilts,” he pointed out. Coos County Circuit Judge Martin E. Stone denied the motion, finding that the pit qualified as a “building” because its walls were below ground, it had a roof, and it had a business purpose. By an 11-1 vote, the jury delivered a guilty verdict.

On appeal, Sjogren’s counsel renewed the argument that the alleged crime scene did not contain a building. In addition, she challenged the non-unanimous jury verdict. A three-judge panel agreed on both points and tossed out the conviction.

Does a garbage pit qualify as a "building" when prosecuting someone for burglary? The Oregon Criminal Code defines "building" as follows:  “in addition to its ordinary meaning, . . .  any booth, vehicle, boat, aircraft or other structure adapted for overnight accommodation of persons or for carrying on business therein." Thus, if a structure is a building, it must either fall within the "ordinary meaning" or qualify as “[an]other structure" used for conducting a business or for housing people overnight.

Relying on Oregon court decisions and Webster’s Third International Dictionary, the three-judge appellate panel invoked what it simply referred to as the "ordinary meaning" of the word “building” which requires that the structure be "more or less completely enclosed by walls."

“The garbage pit lacks walls above the ground,” the opinion stated. “Although the sides of the pit below ground level have been reinforced with concrete walls, from the ground up, the pit has no walls. No rational trier of fact could conclude that that open-air structure is more or less completely enclosed by walls. It is difficult to "enter" an open-air structure, even one with a substantial below ground component . . . ."

Having determined that the garbage pit did not meet the ordinary definition of the word "building," the panel next considered whether it qualifies under the expanded definition:  a "building" includes “any booth, vehicle, boat, aircraft or other structure adapted for overnight accommodation of persons or for carrying on business therein."

“The garbage pit is not a "building" under the statute's expanded definition for several reasons,” the opinion continued. “The most obvious is the one we have already mentioned: It is not, in any meaningful way, enclosed.  *  *  *  Moreover, the pit has not been "adapted" from its ordinary use for overnight accommodation of persons or for carrying on business therein. The meaning of “adapt” is “to make suitable for a new or different use . . .  by means of changes or modifications.”

The court rejected the state’s contention that the garbage pit had been “adapted” for a business purpose because the sides of the pit had been fortified with walls and a sheet metal roof, a curb, and posts around the perimeter have been added.

“Although the state has correctly identified these features of the garbage pit, they do not ‘change’ the pit for use in a ‘new or different’ way,” the judges answered. “Rather, they enable the garbage pit to function consistently with its original purpose: as a garbage pit (albeit one in which the refuse is protected from the elements).”

The panel acknowledged that the evidence at trial was sufficient to prove only that Sjogren unlawfully entered the transfer site. Ordinarily, an appellate court could undo the burglary conviction and instruct the lower court to enter a conviction for the lesser misdemeanor offense of criminal trespass.  Not this time, though. The burglary conviction was based on a non-unanimous verdict.

Under a 2020 ruling by the U.S. Supreme Court (Ramos v. Louisiana) the Sixth Amendment to the U.S. Constitution requires a unanimous verdict to convict a defendant of a crime. The high court referred to Oregon’s tolerance of non-unanimous verdicts in its decision. The Coos County jury’s invalid verdict could not support a conviction for trespass.

For anyone who believes Sjogren was surely guilty of something, take consolation from the fact he served 10 days in jail after he was convicted and 18 months on probation.