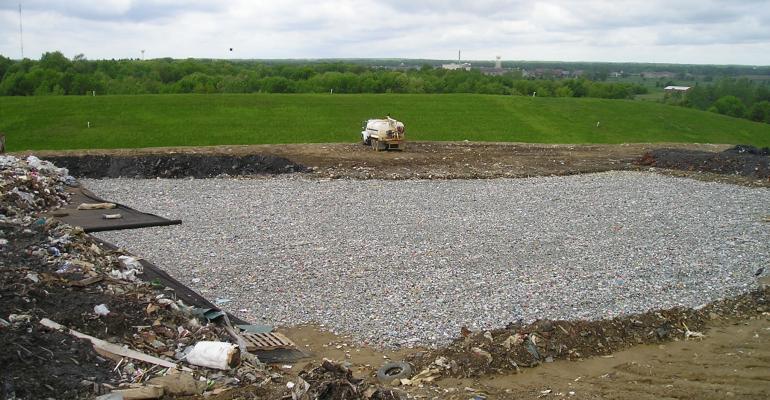 One researcher has found a way to improve leachate recirculation, with good data showing the method is fairly effective.

The concept of landfill leachate recirculation stirs controversy. This method of repeatedly reapplying leachate to waste masses saves offsite disposal costs, and it boosts landfill gas production, an obvious plus for owners capitalizing on methane. But waste can get oversaturated, potentially triggering many problems.

Still, some landfills report leachate recirculation works for them, though one operator in particular admits it has run into unanticipated issues. Meanwhile, a University of North Carolina—Charlotte researcher found a way to improve leachate recirculation, with good data showing the method is fairly effective.

Keifer Landfill in Sacramento County, Calif., has no sewer connection, so it was hauling leachate to a treatment plant 20 miles away. This was the main reason it began recirculating leachate onsite, a practice it has done for eight years. The mass was fairly dry, so there was capacity for adding moisture.

A bonus has been a minimal 20 percent boost in methane for its onsite waste-to-energy plant, which produces electricity that’s sold to the utility. And it’s a better quality gas than before, because Keifer is old and was producing methane from old waste, says Brian Liebich, principal civil engineer for the Department of Waste Management and Recycling, Sacramento County.

“If you keep recirculating, the waste eventually gets saturated, which is where we are today. We gained advantages for eight years, but now, we can’t put more water in the system—at least at one of our sites,” says Liebich. 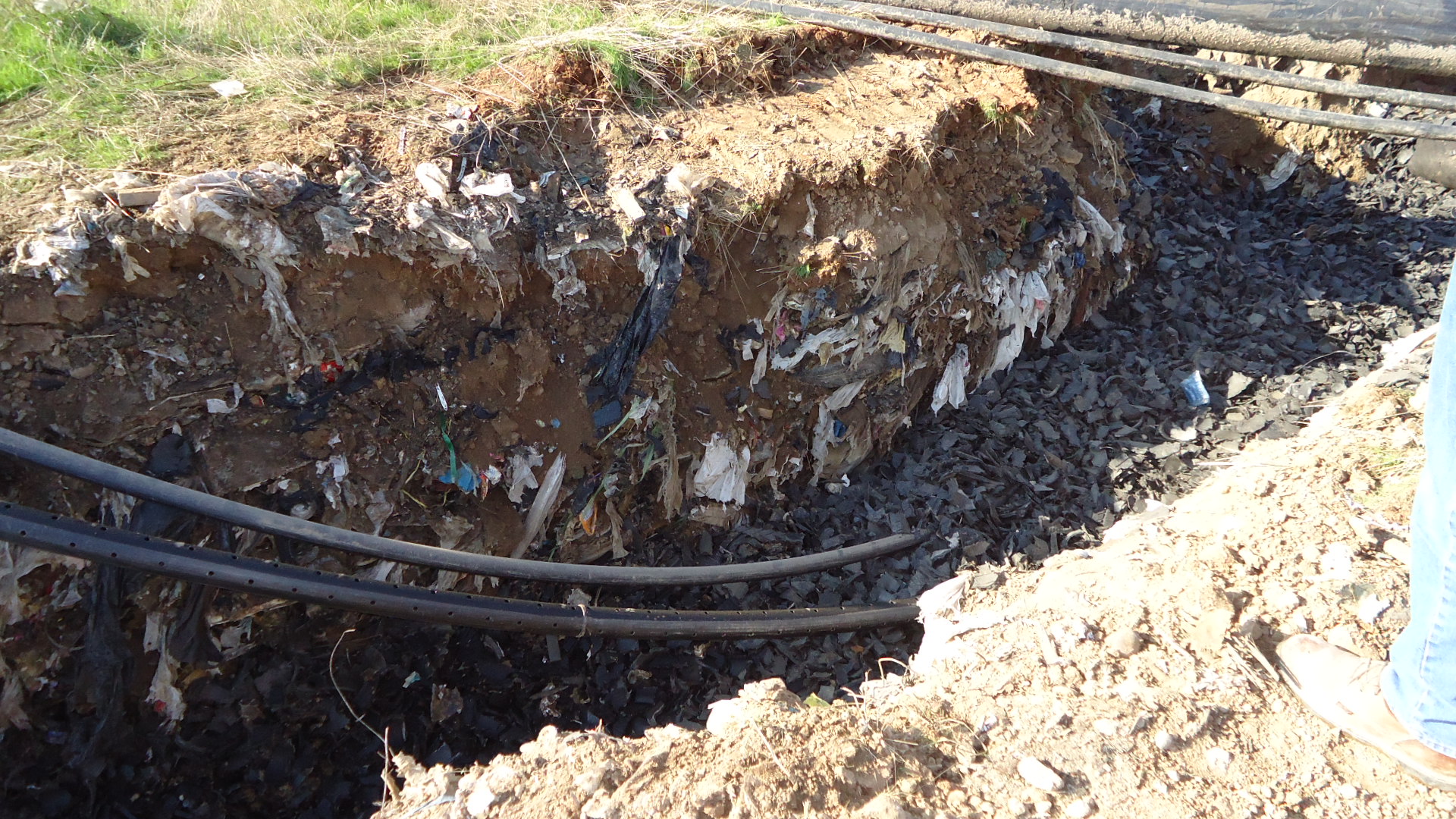 But Keifer Landfill has two units. While operators are now hauling some leachate offsite again from one of the units, they still recirculate on the other unit.

The unit where they still recirculate has 80 years of capacity, and Liebich anticipates as new cells open, the waste will be relatively dry, enabling ongoing reapplication of leachate.

The concept of leachate recirculation was initially introduced in the 1970s. But for the most part, it was rejected, as there were no systems to contain or remove leachate.

In the 1990s with Subtitle D, some states began granting exceptions to do leachate recirculation based on the theory it would expedite decomposition of material and gas generation and increase density, explains Steve Menoff, senior vice president of Civil & Environmental Consultants, Inc. But he has reservations about the practice.

“Unfortunately, it has not always been done responsibly, and in some instances, creates problems. For instance, if you oversaturate the waste, you can get liquid in the gas wells, impairing the gas collection system,” explains Menoff. “You can have leachate seeps and breakouts, stability issues and odor problems.”

“There is a fine line, and it has to be done in phases from one cell to another cell,” he adds.

Milind Khire, an environmental engineering professor and researcher at the University of North Carolina—Charlotte is studying a methodology using recycled tires and recycled glass to distribute leachate evenly.

“These materials are spread across the landfill surface. A pipe is placed inside this drainage layer of materials and waste is placed on top. So, tire shreds and glass cullets are a sandwich between garbage layers, enabling more even leachate distribution [than using only pipes],” he explains. 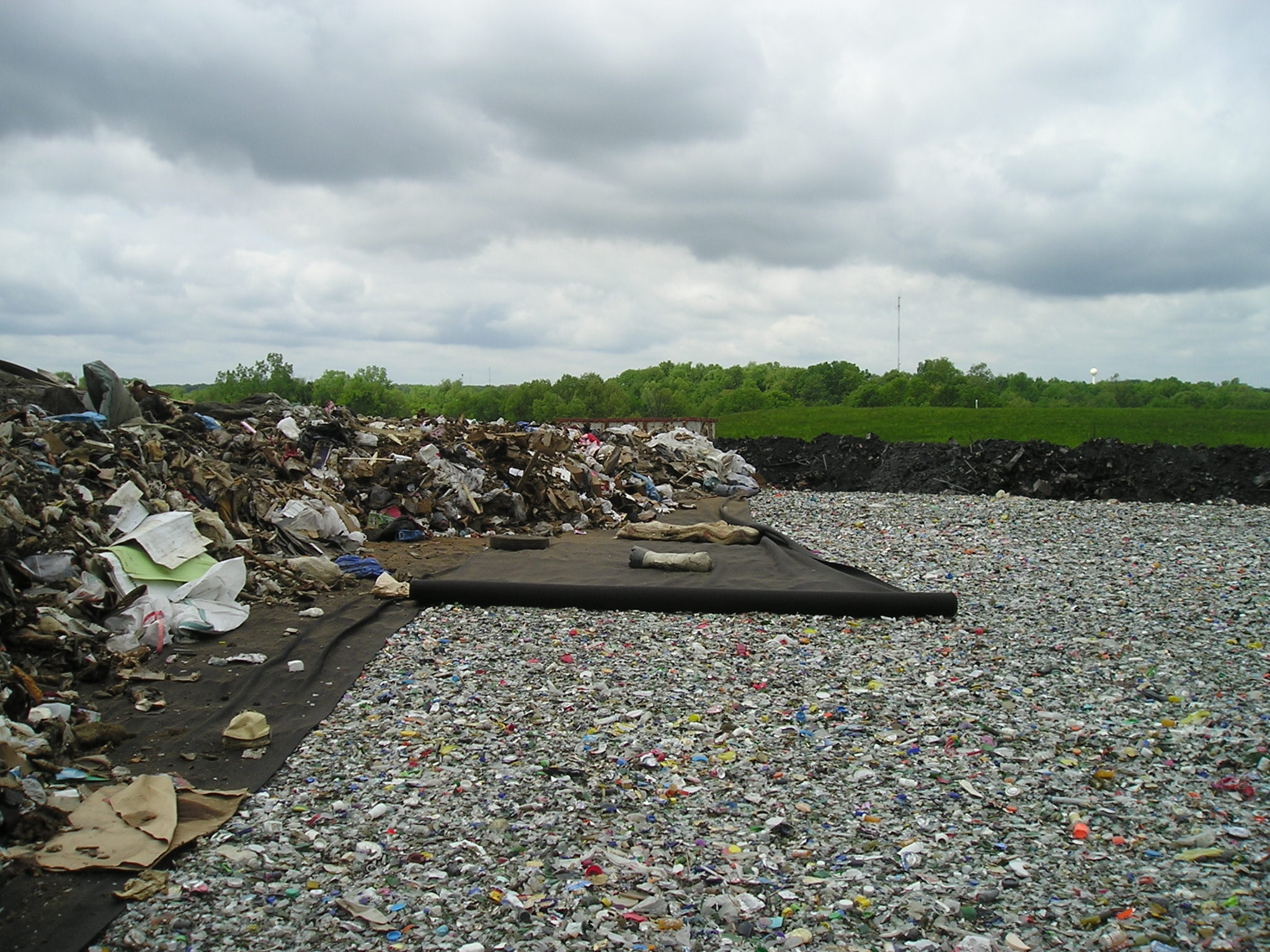 Using tires and glass to carry the leachate makes it easier and cheaper to spread across wider areas. A few landfills have actually employed this method for years, having uniformly recirculated up to half a million gallons in one or two hours, says Khire.

Khire first trialed this system in 2003. He built three blankets: one with glass, one with tires and one was a geocomposite. Glass proved most efficient, with tires being next best.

In later projects with smaller tire shreds, the tires’ performance improved, though Khire says it’s not a silver bullet.

Keifer incorporates shredded tires into its recirculation system, pushing leachate up a hill to trenches backfilled with perforated piping surrounded by these tire pieces.

Liebich says although they have installed a good system and adopted practices like alternating locations where they recirculate, they learned you eventually have to do some offsite hauling again.

This has entailed putting infrastructure back in place that had been left to lapse. “It’s been an interesting year to try and make that happen,” says Liebich.

In retrospect, it has been worth it, he contends. “We saved millions of dollars by recirculating instead of hauling. And there’s the secondary benefit of more gas. It does not solve all problems. But there has been a lot of upside.”