Understanding and Improving Biodegradation of Woody and Newspaper Wastes in Landfills 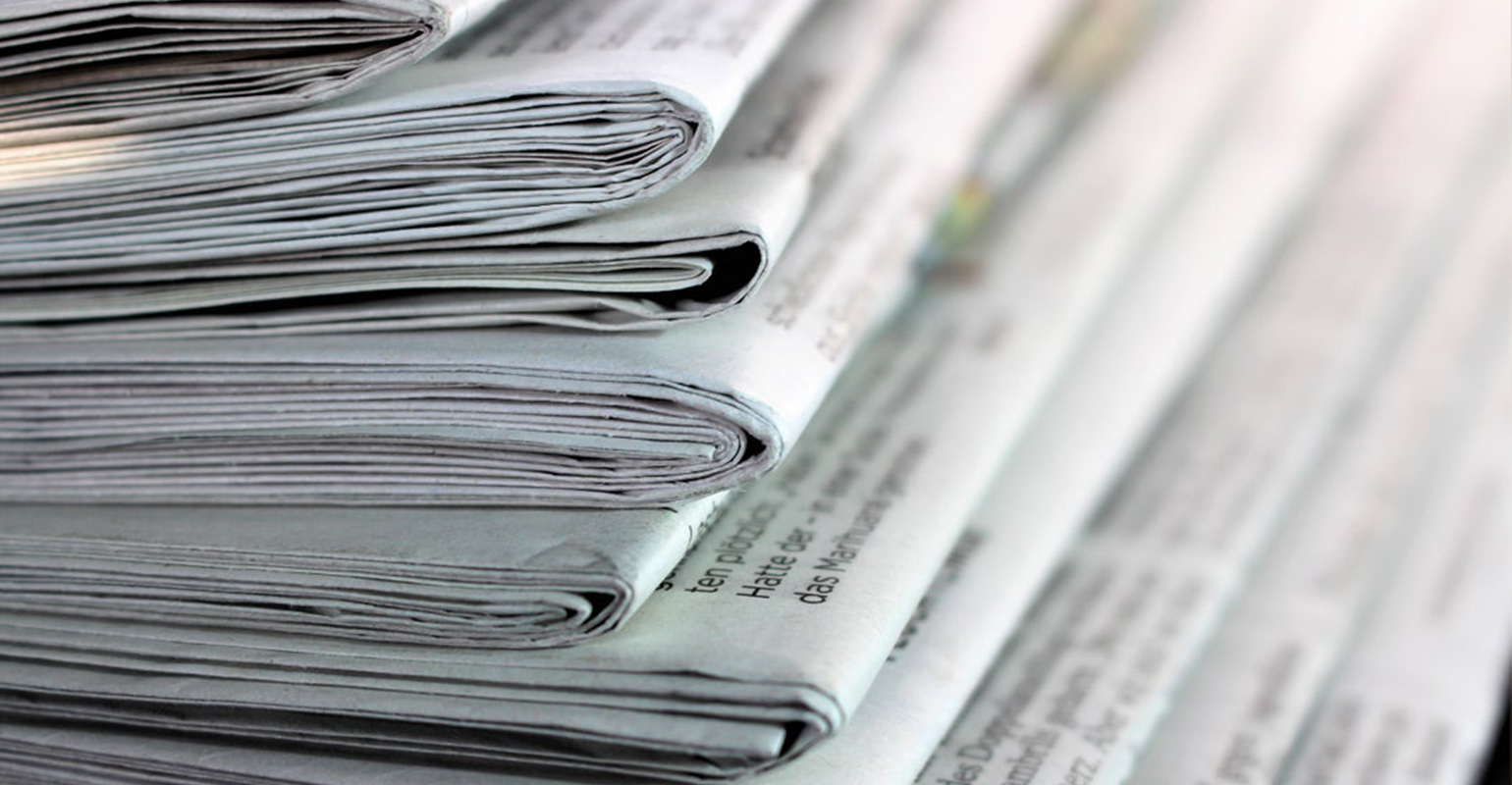 In landfills, easily degradable matter (e.g. food waste/organics) degrades relatively quickly and contributes to biogas generation (Figure 1, sharp rise and peak). Once the proportion of the easily degradable matter drops below a certain level due to biodegradation, this rate of gas generation slows down. This slow production carries on for decades, (long ‘tail’ of emissions as shown in Figure 1). Only up to a certain point can this be utilized for energy generation. There will come a time when the rate of landfill gas production is too low to effectively and economically be beneficially utilized. 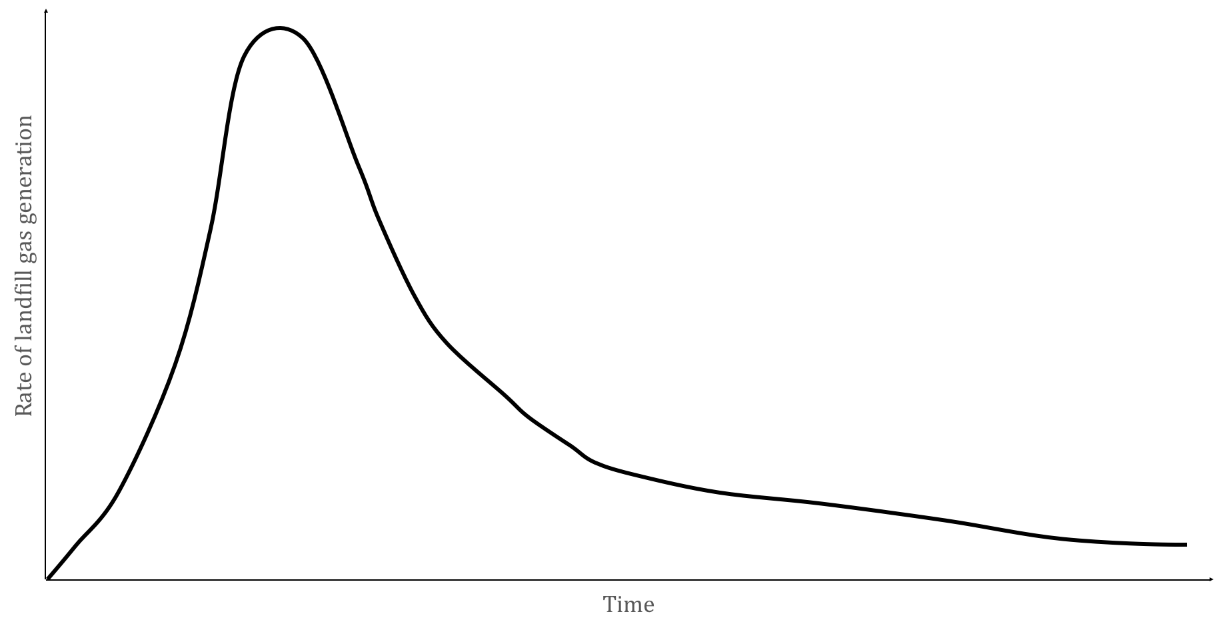 Figure 1 Profile for the rate of landfill gas generation with time. Note: 'long tail' of emissions due to slowly degrading woody and newspaper wastes

The reason for this ‘long tail’ of emissions is to do with the presence of lignocellulose-rich wastes in landfills (e.g. newspaper and wood). Researchers have exhumed landfilled waste and found newsprint to be readable, and wood to have undergone very slow biodegradation. This has to do with the structure of lignocellulose present in wood and newspaper. Unlike easily degradable matter, wood wastes and products made from wood wastes contain molecules that are a combination of more easily degraded materials and materials more resistant to biodegradation. The more resistant materials include materials known as lignocellulosic compounds, which are very resistant to degradation by landfill microbes. As a result, most of the lignocellulosic compounds remain even after other, more easily degraded, components of wood wastes have been degraded in the landfill.

An approach to combat this problem of slowly degrading newspaper and woody wastes, and thus the escape of landfill gas into the atmosphere, is to accelerate this production, such that a significantly higher amount of landfill gas can be generated in the same period of time, making it available for capture and energy generation. Luckily, certain microorganisms have evolved mechanisms to degrade lignocellulose more effectively than bacteria present in the landfill environment. These class of microorganisms comprise mainly of white-rot fungi and certain strains of bacteria.

These lignocellulose-degrading bacteria and enzyme systems can be engineered to work in synergy with bacteria present in the landfill mass to achieve the goal of accelerating the breakdown of the lignocellulose, and in turn increasing the yield as well as rate of gas generation – i.e. shortening the ‘long tail’ to something more manageable for landfill operators and waste managers. The isolated lignocellulose-degrading enzyme or bacterial strain can be added to the leachate and recirculated through the waste mass to enable lignocellulose degradation.

The overall aim of the research has been to improve biodegradation of these woody and newspaper wastes by utilizing the aforementioned biotechnological systems. In order to achieve this goal, we have had to understand the applicability of these biotechnological systems to the landfill environment for this purpose. The trouble with fungi is that they require oxygen to break down lignocellulosic materials, and so will have limited success in the waste mass since the landfill environment is predominantly anaerobic for the majority of the life of a landfill. This problem can be avoided by isolating the enzymes responsible for degradation in fungi and using them instead. Bacterial systems tend to be more attractive than fungi since they have been shown to be flexible in the conditions under which they thrive (i.e. operate under a wider range of environmental conditions, pH etc. than fungi). As such, the research gravitated towards using enzymes and bacteria for this purpose. More specifically, bacteria isolated from landfill subsoil that is tried and tested to break down lignocellulose. This would have the advantage that the bacteria isolated can survive in this environment and do its job of enhanced biodegradation.

However, the trouble is that to understand these complex processes, researchers have typically studied the breakdown of lignocelluosic materials by bacteria under highly controlled conditions with limited consideration of the heterogeneous physical nature of waste. Waste heterogeneity results in preferential flow paths and the leachate taking the path of least resistance and predominantly flowing through the larger pores. The lignin associated with the smaller pores with relatively lower hydraulic conductivities (micro- or nano- pores) may have very little interaction with this augmented leachate, with little to no lignin degradation in these pores. The landfill mass could potentially be a dual or multi-porosity system where water may be retained in the micro-pores with comparatively lower hydraulic conductivities, leaving these areas untreated. Therefore, it is important to understand the flow around lignin-containing wastes in MSW, including the ‘residence time’ that this augmented leachate is in contact with these wastes for lignocellulose degradation. Such issues regarding flow will severely impact the effectiveness of any treatment for lignocellulose degradation and currently present difficulties with upscaling laboratory-scale studies for potential in-situ application.

As such, keeping the above in mind, the overall aim was addressed by drafting and trying to answer the following research questions:

Our results demonstrate a clear enhancement in biogas production from newspaper in ideally mixed conditions suspended in nutrient media with both lignocellulose-degrading bacteria or enzymes added. However, results from wood are more complex, with bacteria demonstrating improved biodegradation whereas this was not seen with enzymes.

Taking this further, we increased the complexity of the system by incorporating newspaper within an inert particulate medium (sand) in uniform and non-uniform distributions to mimic preferential flow in a landfill mass. In the uniform case biogas generation was reduced compared to the ideally mixed conditions previously tested. In the non-uniform case, preferential flow occurred and the resulting changes in system chemistry eliminated any enhancement of biogas production. This clearly demonstrated the impacts not only of a non-mixed system, but the negative impacts of heterogeneous flow that are likely to occur in real landfills.

This work highlights the potential of augmenting landfilled waste with enzymes that can break down historically challenging materials to enhance gas production in landfills for energy generation and capture. It has also investigated ‘real-life’ variables such as waste heterogeneity and leachate recirculation. Lignocellulose-containing wastes present relatively homogeneously within landfill waste-cells with leachate recirculation could potentially benefit from this technology and enhance biodegradation/gas release.  However, more research is needed to further the field application of this research to evaluate the level of success in mixed waste conditions as well as upscaling to the field-scale.  Overall, this research highlights that enhancements to waste biodegradation are indeed possible and hold promise for future efforts to increase the sustainability of landfills.