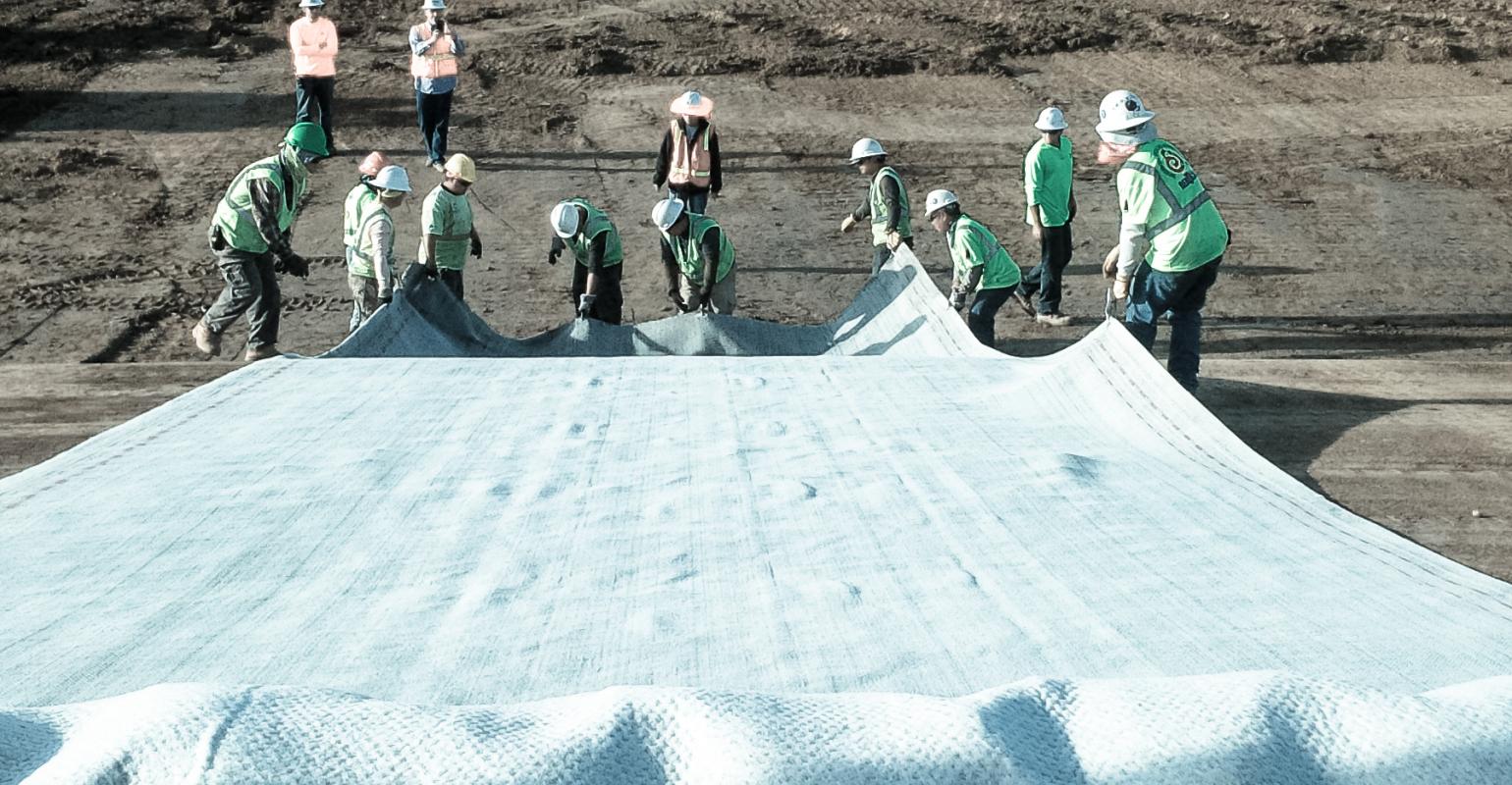 Longer lead times on orders for landfill liners have been driven by an increase in demand for geosynthetic materials.

The municipal solid waste industry has been seeing a new trend the past couple of years—longer lead times on orders for landfill liners—sometimes much longer, depending mainly on time of year. The bottleneck is with the geosynthetic materials, driven by increased demand from other industries, namely those managing coal, oil and gas waste.

“At a macro level, the solid waste industry is competing with these other markets for liner materials. And we are seeing delays in projects,” says Art Mohr, director of business development for Environmental Specialties International, installers of geosynthetic liners.

“We got quite a few calls last fall from operators asking us to finish projects they’d begun that other companies could not complete due to high demand and resulting tightness in labor resources and, in some cases, limited materials,” says Mohr.

Meanwhile, air space is critical to their bottom lines, and delays could impact their plans.

Four manufacturers of geosynthetic materials and three large liner installers did not respond to multiple interview requests from Waste360; however, Mohr, one manufacturer and an environmental engineering firm discuss the challenge. Collectively, they explain what lead times look like this year compared to last year and how operators can ensure they have materials in time for projects in 2019.

“Landfill customers had been used to getting liners in two or three weeks, but it was significantly longer last year, heightening in late summer and fall of 2019. This year, some of our customers are ordering eight weeks to even five months in advance,” says Tamara Jurado, senior sales manager for Atarfil.

On Atarfil’s end, it’s producing many materials in advance of receiving orders and storing them as inventory. And the manufacturer is working to ensure a full portfolio of reliable trucking companies that can move materials quickly.

“Additionally, we are working earlier with labs and engineering firms to complete compliance testing, and we are in touch with installers early who need to be at the site when the liner comes in,” says Jurado. 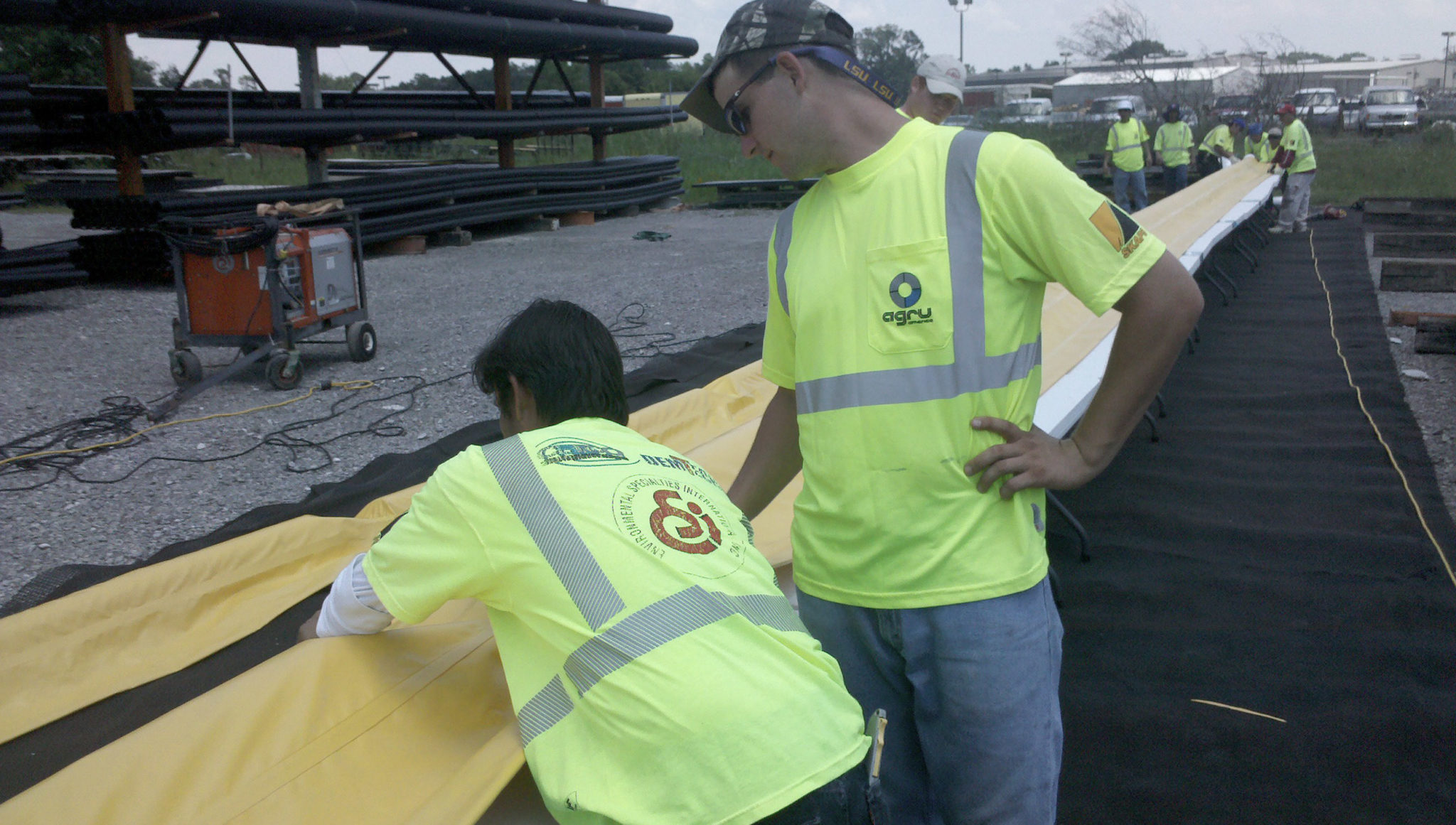 Time of year is key, as is material type.

In 2018, Atarfil’s lead time for landfill liners was eight to 12 weeks for early spring orders. For August or September orders, the backlog was 12 to 16 weeks, depending on material.

“With orders placed this year, lead time depends, but it’s almost immediate delivery up to four weeks for some landfill materials at this time [late February]. It depends on what we are producing for the next few weeks,” says Jurado.

Apparently, however, some companies are lagging.

Steven Menoff, senior vice president of Civil & Environmental Consultants, Inc. (CEC), said the underlying tone at the Geosynthetics Conference in mid-February was that solid waste projects are not the most lucrative for material suppliers, compared to utility and infrastructure projects. And the other work is often the priority.

Eric Chiado, vice president of CEC, spoke to a client in early February who expressed concerns he might not receive geosynthetic materials in time for late spring construction, though he placed his order some time ago.

“There are a lot of projects going on, many of them quite large and requiring a large amount of material. So, it is necessary to get your place in the queue as soon as possible,” advises Menoff.

Municipal clients especially should bid earlier than they have been, as they have stricter guidelines in terms of timing that bidders are held to. So, they may end up with smaller pools of potential bidders if they don’t allow ample time, says Mark Dillon, founder and president of Environmental Specialties International.

Brent Beckman, sales manager for Engineered Synthetic Products, who sells for SKAPS Industries says, “[SKAPS’] new and only liner lines [geomembranes] are almost finished with construction, so we will be supplying that material in the next month or two [as of February 25]. Until we are in production, I am not sure what we will be looking at for lead times.”

Mohr’s observation is that the mining industry seems to be bidding substantial projects early and, like Menoff, he advises landfill operators to follow suit.

“They should plan now rather than let projects slip to fall when competition for materials is acute. People with projects scheduled in August or September, especially in northern climates with shorter construction seasons, will be very challenged to secure materials to get projects in by the end of the year,” he forecasts.

“Think about buying materials sooner. But also lock in installation crews and labor sooner,” he adds.