Landfill Odors: Why They Happen and Chasing Them Down (Part 1) 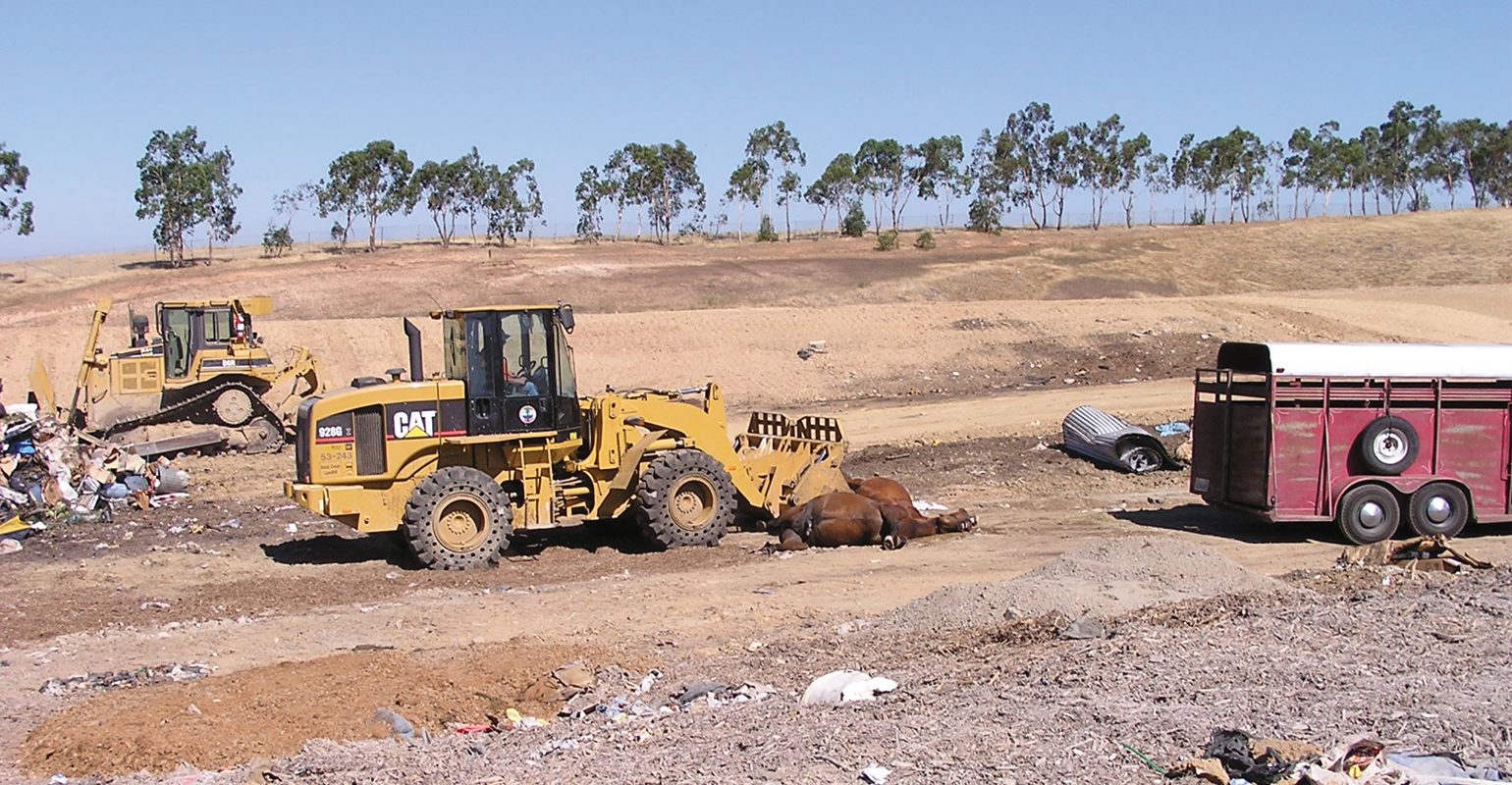 Landfill odor is a hot button in the industry. When something smells in encroaching communities, residents typically immediately suspect the neighbor they send their trash to as the responsible party. Much time and money has been spent trying to avoid odor complaints; working to figure out the source if odor happens anyway; and trying to resolve the problem when determined that the landfill does indeed own it. There’s a lot to understand in areas from chemistry, to meteorology, to what it takes to become a scrupulous investigator. This three-part series touches on some key areas:

Part 1 examines odor origin; best practices to mitigate, and ideally to altogether circumvent odor; and it does so by looking at real-life scenarios.

Part 2 explores investigative tools to determine how odors move offsite, from tools as simple as windsocks to some pretty powerful and sophisticated technologies

Part 3 tells the story of a company that developed a product to destroy odors rather than neutralize or mask them. But it’s work was not done once it figured out the formulas; and we tell the rest of the story of what had to happen to make them effective.

While landfills are notoriously assumed to be the stinky neighbor when a nearby community smells something unsavory, commonly these sites do not end up being the source of the odor. And even when they are the source, getting to the root of the problem—which is often not the trash itself—takes work.

Before operators spend massive amounts of money and resources addressing odors, they have to thoroughly understand the source of the smell (or if their site is even responsible), say waste management experts.

Inbound trash generally does not produce enough odor to travel far enough to have offsite impact, at least not at the volume produced from a single load, explains Neal Bolton, president of Blue Ridge Services in Montana.

But there are other potential sources to be questioned and vetted, and sometimes weather stations that continually record wind speed and wind direction lead to more answers.

“Once they have weather data, they can look for correlations, verifying whether the wind is blowing from the waste site to the odor receptor. The next thing we want to correlate is what was happening at the facility just prior to the odor complaint,” says Bolton.

He elaborates: “Did landfills receive biosolids, a load of dead animals, or some other waste than they routinely receive that could cause odor?”

Sometimes facilities try and resolve odor issues by limiting hours they receive loads or limiting the type of trash, though these practices are usually ineffective in Bolton’s experience.

Blue Ridge stepped into troubleshoot at one landfill where the team went through the correlation process he spoke of and determined odors were not coming from day-to-day activities.
“We looked at the time of day they received biosolids and the time of day they received food waste. We looked at the time operators uncovered trash.  They used a tarp to cover it at night, and we thought they may be releasing a burst of odors when they pulled it off,” says Bolton.

But odors escaping the cover was not the problem either.

What they did find was a local weather inversion. At night when the air cooled it drifted from the landfill, down a canyon toward a residential area. Once the sun came up and the air warmed that wind direction reversed.

There was more to figure out in this scenario. The odor complaints came even on days that the landfill was closed. What investigators determined is it was not from smelly trash loads but an insufficient landfill gas collection system.

In certain thermal conditions the gas was traveling with the wind, flowing down, and blowing toward residential areas.

So, the solution here was to ensure a comprehensive gas collection system to pull gas out of the landfill.

The Solid Waste Authority of Central Ohio has invested heavily, and early, in a gas collection control system, largely to minimize odor.

“By our permit we don’t have to put a gas collection system in place for five years from when we open a new cell. But we add it during cell construction. We put horizontal extraction piping in toward the top of the cell to help collect gases, so we can start collecting it sooner,” says Scott Perry, director of Operations and Maintenance, Solid Waste Authority of Central Ohio.

Horizontal piping goes across an area at a downward grade, so liquid goes down into a sump while methane comes out the top. Once the cell is 30 to 40 feet deep the Authority adds vertical wells; within two to three years it has an extensive gas collection system.

Perry believes the head start capturing odorous vapor in an enclosed system instead of releasing it into the atmosphere makes a difference.

“The sooner we can capture the methane the better for the environment and especially for controlling odors,” he says.

The Authority also works to stay on top of odors by ensuring trash is well covered. Operators intermittently use soil, but they’ve got an acre and a half of working face, so to save money and labor, they rely daily on alternative covers to include auto shredder residue; tarps; and Posi-Shell, which is a mix of Portland cement, fiber and water that’s shot from a hydroseeder.

“We look at how they hold up under harsh weather conditions and look for odor problems after we place the cover. We find these alternatives are as effective at reducing odor as soil covers,” says Perry.

Landfills are huge, with varying topography, and these different features need to be factored in when coming up with a plan, particularly with chemical treatments.

“What I’ve seen successful is using one chemical treatment for the working face and another for the perimeter of the landfill,” says Nevzat Turan, principal of Weaver Consulting Group, based out of Chicago.

There are also strategies associated with filling. For instance, some operators fill areas to grade sooner than is typically done, enabling installation of a geosynthetic cap early to squash odorous vapors.

“We might do a rolling closure versus going layer by layer, bringing one part of the landfill to final grade so we can cap and start collecting gas. Then we would move to the next portion of the landfill, and do the same,” says Bolton.

But one of the biggest defenses against odor say some waste management pros is a significant buffer zone, particularly in urban or suburban areas.

It’s hard to set up buffers after encroaching developments pop up, so start early. Buy enough property to create a buffer while it’s available, advises Bolton.

“If you can’t establish a buffer and there is already encroachment, we’ve seen operators set up misters around the perimeter with masking scent. Or sometimes they emit enzymes to break down molecules that cause odor,” he says. Though he cautions this is not always a robust solution.

“I think if you have odor complaints it makes sense to try a variety of measures; to use common sense; and see what works,” says Bolton.