How Will Landfill’s Gas-to-Energy Projects be Impacted by California’s Organics Diversion Law? 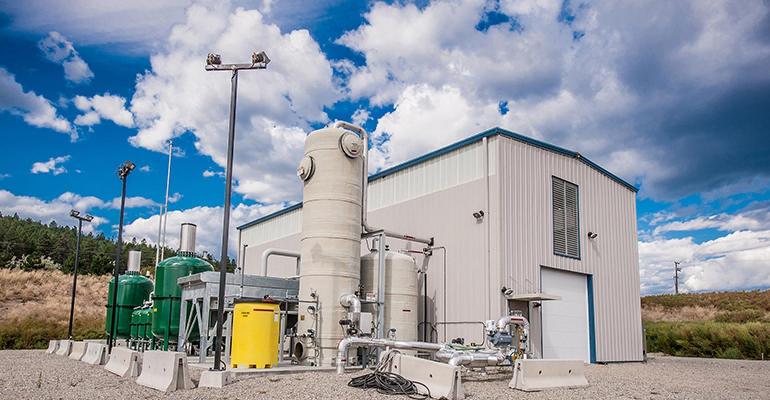 The first deadline laid out in California’s SB 1383 is looming: 50 percent diversion of organics from landfill by 2022; by 2025, Californians must divert 75 percent of their organics.

Many disposal sites will see a sharp reduction in incoming waste – leaving the question, how will they be impacted if they use gas from these decomposing materials to make renewable energy? Some have made long-term investments to the tune of tens of millions.

What effect the mandate may have on who depends, at least according to experts that Waste360 asked.  One California operator speculates that the landfill he helps run will see negligible short-term impact; actually, he projects the operation is a good 20 years out from seeing much change in how it operates due to less organics.

Another operator expects SB 1383 will have both short- and long-term effects on how much methane its project produces and is planning ahead for the hit.

Another operator has been capitalizing on gas from organics without ever landfilling it, and is revving up its alternative methods. It anticipates that as a result, its gas production will only spike when the bill takes effect; as the waste operation will be able to offer this alternative to other disposal facilities.

The Monterey Peninsula Landfill, a 465-acre, 55-year-old site, houses one of the first landfill gas-to-energy projects in the U.S. Monterey Regional Waste Management District has collected gas there to make electricity since 1983, and produces 5 megawatts (MW) of renewable power that it sells to the grid, though at a loss under current renewable power market conditions.

Even through this strained market, and with the push for more diversion of organics, the District is forging ahead to make more renewable energy from its landfill gas. Near-future plans are to sell power to Monterey One Water; the pollution control facility will use it to convert waste waters to drinking water. Further, the District is expanding its reach into the renewable transportation fuel market.

“The cleanup and conversion system for the transportation fuel project is being built as we speak,” says Tim Flanagan, general manager of

Monterey Regional Waste Management District. With capital expenses of slightly more than $3 million, the District will invest $1.5 million and California Energy Commission will put up the remainder. The project will pay for itself, despite that the landfill will soon receive significantly less organics, says Flanagan.

“The site has several decades of waste in place and will continue to make gas for 30 years. Plus, we think we are already fairly close to 50 percent diversion of organics generated. So, when we talk about the impact of the bill it’s not yet hit the ground. We imagine that for at least 20 years we will operate as we are now with regard to recovering methane and converting it to renewable energy,” says Flanagan.

The Monterey project produces about 2,000 standard cubic feet per minute (scfm) of landfill gas per day. Flanagan says this is fairly predictive of generation for at least 15 to 20 more years, based on a model accounting for landfill size; type and amount of waste in place; and incoming waste.

Opinions vary with regard to impact of the amount of organics in the landfill on methane gas production.

While models make projections, actual methane production from organics depends on several site-specific factors, such as moisture content of the waste, climate, and other considerations, notes Bryan Staley, president of the Environmental Research and Education Foundation (EREF).

The Environmental Protection Agency LandGEM model is most commonly used to estimate methane generation in landfills.

“It is a first-order decay model that uses variables like methane potential, decay rates and waste placement rates to estimate how much methane per year is generated.  The decay rate variable is generally reflective of site-specific conditions but is an average value and doesn’t account for complexities such as cover soils, climate, diurnal variation [daylight hours] … and similar factors,” notes Staley.

He provided the following estimates on methane generation, and potential energy from that methane, given a specific waste type and waste amount.

Sacramento County extracts gas from landfill cells and puts it into converted diesel engines that drive the generators to create power sold to the local utility district. The site generates about 7,500 scfm of gas at about 50 percent concentration methane; 5,000 of which powers the engines.

Of about 3,000 tons of waste the county receives daily, roughly 30 percent is food waste. It sends green waste elsewhere.

Unlike Flanagan at Monterey, Brian Liebich, principal civil engineer for Sacramento County’s Department of Waste Management & Recycling, says, “We expect SB 1383 will have both short- and long-term effects on the amount of methane produced at our landfill.”

The site’s highest quality and greatest amounts of gas come from organics, particularly food waste, that has been decaying 3 to 5 years. Most of the mass has been there much longer, though will continue to make some gas.

He anticipates the impact will level off a good bit after the first few years. “We will likely lose that 20 percent or so, but now it will be on a long-term, steady curve,” he says.

Though while Liebich offers these estimates, he punctuates that the actual figures will depend on how much residents cooperate with the state mandate, which he factors in as a “big unknown.”

Sacramento County is planning to do a replacement gas-to-energy project around 2025 to align with the anticipated lower tonnage of incoming organics.

“I am not going to build something that has to count on 7,500 cubic feet per minute coming into our plant. I will probably look at something that will handle substantially less as a result of SB1383,” says Liebich.

Yolo County is steps ahead in preparing for SB1383 and actually believes its biogas production will climb once the bill is implemented, but that’s because it’s pulling gas from organics without landfilling them. Operators separate 45,000 tons a year of mixed organics and place it in an onsite anaerobic digester to make biogas. The residual digestate is turned to compost.

“We decided to capture organics at our landfill to not lose that gas. I think we will see anincrease in the amount of methane we produce because we put [organics] in a separate digester cell rather than wait for it to produce biogas as it slowly decomposes in a landfill cell,” says Ramin Yazdani, director, Integrated Waste Division, County of Yolo, department of Community Services.

Yolo County has a second project under construction that will entail managing commercial food waste with plastics and other contamination mixed in.  It will produce biogas to make electricity.

“So on top of our current project, we will be taking additional food waste for this, with the idea that there will be a need for businesses to treat this waste due to SB 1383. Our facilities have been designed for the increase in tonnage to help meet this need,” says Yazdani.