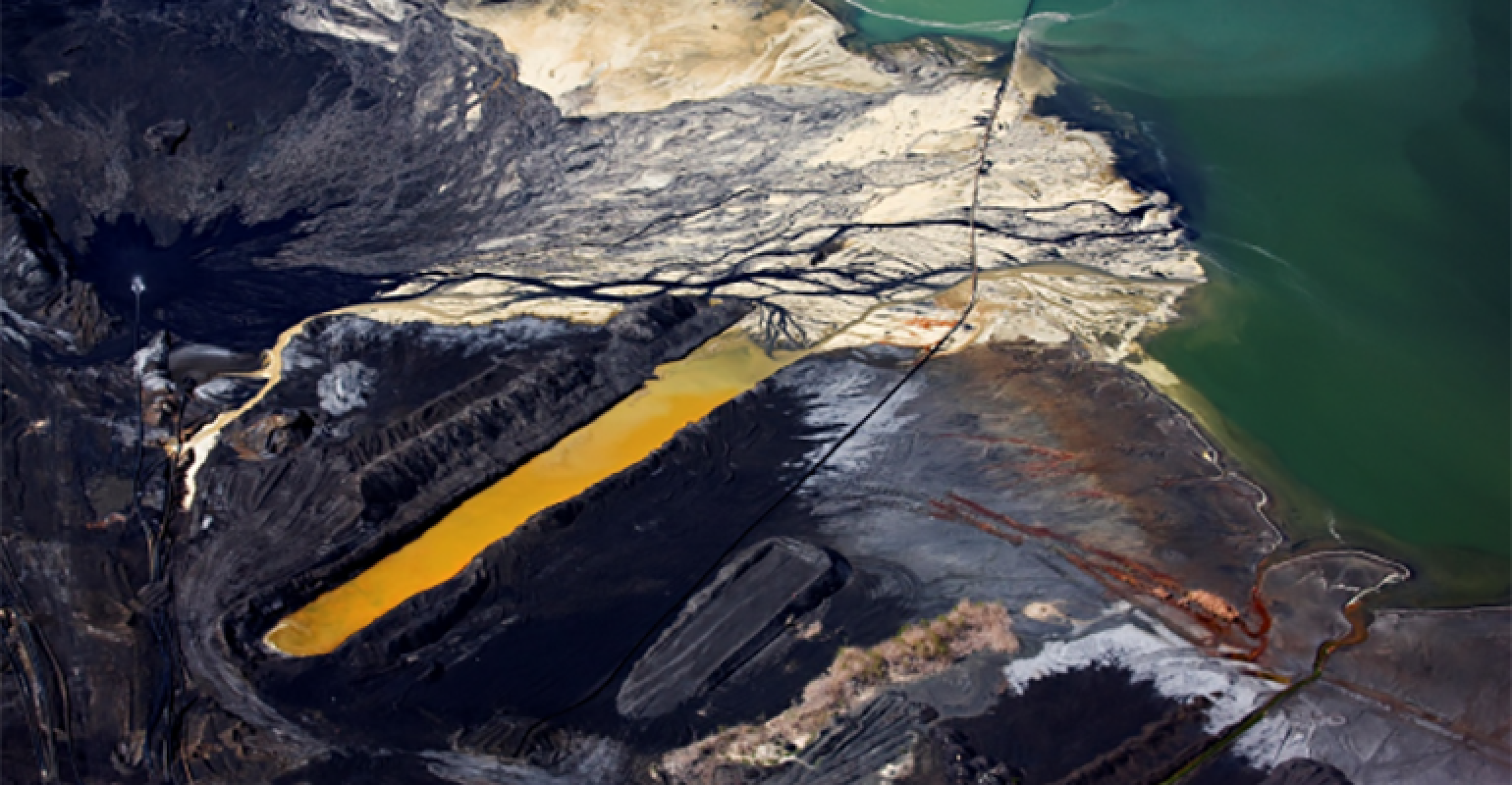 One nonprofit reports that most regulated ash ponds and landfills are leaking unsafe levels of one to several pollutants, based on EPA standards.

Conversations are escalating around coal ash contamination, from reports of substantial spills at power plants to talk about what a 2015 federal coal ash rule will mean for disposal sites moving forward.

Among the latest news, nonprofit Environmental Integrity Project (EIP) reports that most regulated ash ponds and landfills are leaking unsafe levels of one to several pollutants, based on U.S. Environmental Protection Agency (EPA) standards.

The Utility Solid Waste Activities Group (USWAG), an industry trade organization, says EIP’s report is somewhat misleading, albeit acknowledges there are contamination issues at several sites, which it says will be cleaned up.

“Ninety-one percent of monitored, regulated ponds and landfills had unsafe levels of pollutants known to come from these disposal sites, and another 5 percent had pollution we think is likely from another coal ash source,” says Abel Russ, senior attorney for EIP and author of the study.

The 10 sites reported to have highest contamination levels stretched from Utah to North Carolina. Each had one or more pollutants associated with coal ash at four to more than 500 times safe levels, according to EIP.

Whether these contaminants have entered drinking water, or their proximity to these supplies, is not always known.

“The Coal Combustion Residuals Rule (CCR) doesn’t require power companies to collect or report these sites’ proximity to drinking water aquifers. But in individual cases, we might have information from other sources [such as from U.S. Geological Surveys]. In Belmont, N.C., who uses groundwater for drinking water, we know that this water supply is contaminated. Duke Energy has offered alternative sources of drinking water,” says Russ.

At Maryland’s Brandywine landfill, contamination has moved from the shallow aquifer into a geologic layer that is intended to separate shallow groundwater from water supply aquifers.

“But we don’t know if, or how much, contamination has moved through that ‘aquitard’ into the water supply aquifer at the Brandywine site,” says Russ. 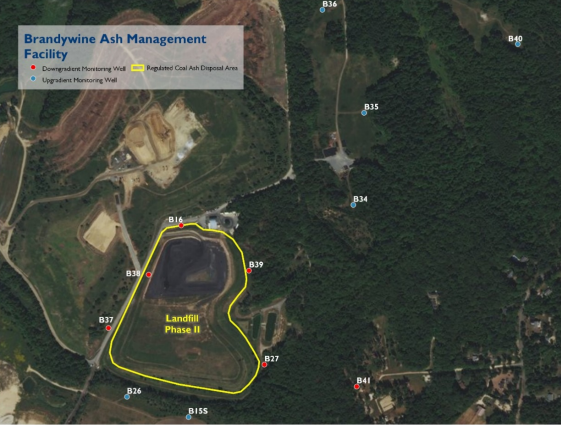 Maryland Department of the Environment (MDE) confirmed localized impacts to one formation at the Brandywine site, which is part of the barrier between the shallow aquifer and the aquifer where residential wells are screened.

MDE fined operator GenOn $1.9 million for practices it found to be in violation of the Clean Water Act and also for the alleged unauthorized discharge of pollutants at Brandywine and two other sites. The agency, which also required GenOn to develop a corrective measures plan, told Waste360 that the extent of impacts is being evaluated but, based on data from the water supply aquifer, there is no evidence that contamination has impacted drinking water.

He cites Dominion’s Virginia City Hybrid Energy Center as one example. The utility found elevated levels of at least three coal ash indicators in four downgradient wells. Two of those wells had what is deemed unsafe lithium levels.

But following an “alternate source demonstration,” the utility concluded the lithium was on naturally occurring coal seam deposits and coal mining sources.

“Dominion may be right; the lithium may be coming from other sources. But we know the landfill is leaking a lot of coal ash pollutants, and the downgradient wells have more lithium than the upgradient wells. So, I'm of the opinion that at least some of it is coming from the landfill,” says Russ.

EIP’s report did not appear to take into account background water quality (in upgradient wells) in some cases, according to Jim Roewer, USWAG executive director, arguing upgradient values must be compared to values in downgradient wells for an accurate assessment.

“Also, they averaged the figures for each disposal site, which is not a rigorous evaluation to determine if groundwater protection standards have been exceeded,” he says.

The best practice for monitoring for groundwater contamination involves installation of a system in accordance with the EPA’s Coal Combustion Residuals (CCR) Rule, says Tom Walsh, principal at Civil & Environmental Consultants. The performance standard for this system consists of a sufficient number of groundwater monitoring wells at locations and depths to obtain samples from the upper-most aquifer at a CCR facility.

Among other provisions of the CCR rule, operators must establish groundwater quality baselines by sampling from both upgradient and downgradient wells. Then, they evaluate for increases over upgradient levels of constituents from a short list of common ones associated with CCR impacts (like calcium and sulfate). If any of these constituents are detected at significant increases, the operator must screen for constituents in a more extensive list (lead, mercury, arsenic and others).

The CCR rule will soon require disposal sites to have composite liners of clay and a high-density polyethylene layer on top, or an alternative that meets the same performance standards as composite liners. While, prior, these sites only had to have 2 feet of compacted clay. An October 31, 2020, deadline was established whereby unlined units must initiate closure, though EPA is re-evaluating that deadline.

Currently about three dozen units have only compacted clay as liner. But, says Roewer, plants that generate CCR whose disposal units don’t meet standards of the 2015 CCR Rule are closing. And the plan is to build facilities that meet the new design standards or to retrofit some ponds.

EPA will eventually have another public comment period around proposed revisions to the CCR Rule.

“They will propose changes in protections, so it will be important for them to consider evidence of contamination. We will submit our report, so it will become part of their rulemaking record,” says Russ.