California’s Organics Bill: How Yolo County is Bracing for SB 1383 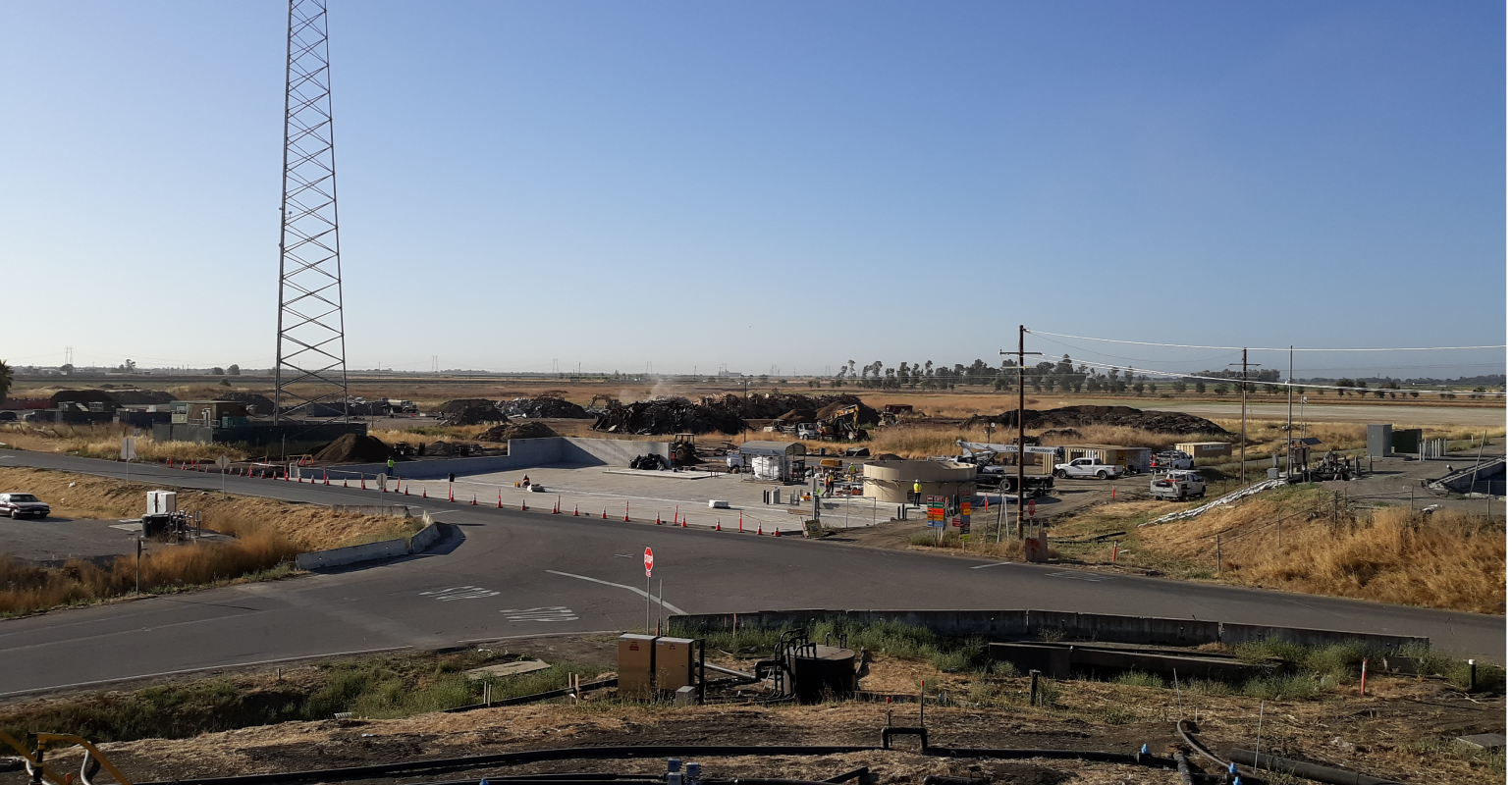 California’s Senate Bill 1383 could mean big changes for landfills, which will have to find a home for organics that they will no longer be able to bury. The bill will have a particular impact on landfills that have been capturing methane from organic waste and capitalizing on it. Sooner or later, SB 1383 will mean less gas to work with.

Yolo County’s Integrated Waste Division finds itself in a unique situation. The county, which lies immediately west of Sacramento, will be able to provide a home for organic waste from other jurisdictions and capitalize on it by using the gas without having to first landfill the organics and then extract methane.

Ramin Yazdani, director of Yolo County’s Integrated Waste Division, recently spoke with Waste360 about what the county is doing in the way of biogas projects while supporting others that do not have similar resources. He described anaerobic digestion, the technology that the county leverages, and explained why he thinks SB 1383 won’t significantly affect volumes of food waste. And he talked about what California cities and counties will need in order to launch projects similar to Yolo County’s to benefit California.

Ramin Yazdani: We are currently using landfill gas from decomposing organics placed in landfill cells to produce electricity (about 3 megawatts), which is sold to the Sacramento Municipal Utility District.

We also receive about 45,000 tons of a green waste and food waste mixture, which is anaerobically decomposed (high-solid anaerobic digestion) for methane production for about six months in a batch reactor, which allows us to capture most of the biogas produced from the readily degradable portion of the food waste and other green waste. Then we make compost from the residual, which involves a short phase of aeration — 14 days — to reach the appropriate time and temperature for compost production. In addition to the 45,000 tons we currently process, we plan to soon take green waste from the city of Sacramento and other commercial customers in the region.

We also have a low-solid anaerobic digester project that is currently under construction. We will receive commercial food waste mixed with plastics and other contaminants, which goes through an automatic depackaging process system. After the food waste portion is treated in a large above-ground tank, it will be pumped into an anaerobic digester lagoon, where biogas will be produced and captured for either electricity or transportation fuel. The project will be operational this fall. 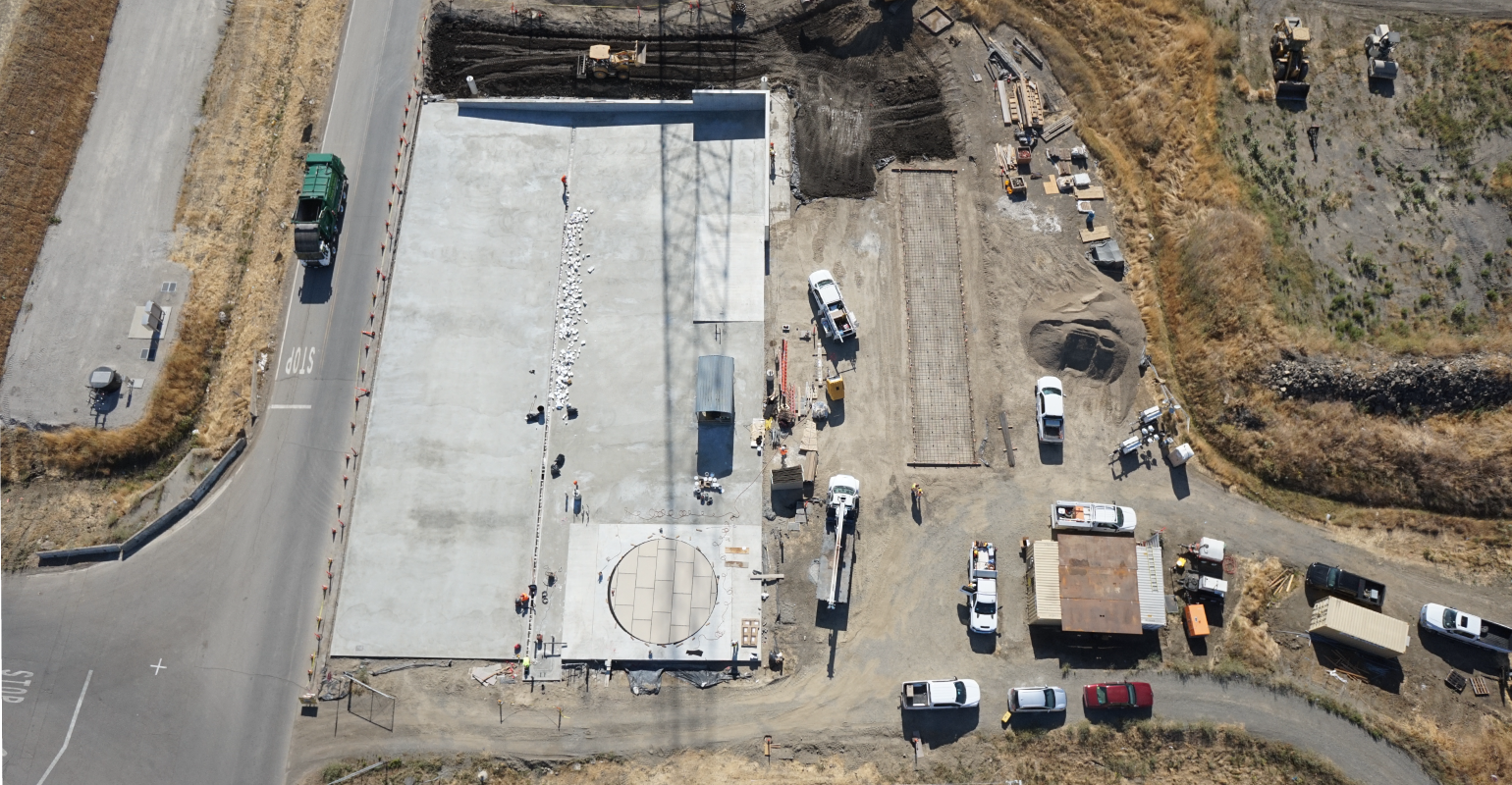 Waste360: Many California disposal sites are landfilling organics, then collecting the methane that this waste generates to make energy. How might SB 1383 impact their projects once it mandates diversion of 50%, then 75% of organics from landfill?

Ramin Yazdani: People have opinions about how much methane will decrease, and when, as a result of SB 1383. But there is no simple answer. It depends on the technologies and how aggressively they are diverting organics. SB 1383 gives you time to work with businesses, households and communities to come up with a plan of how they will divert organics.

But generally speaking, as organics are diverted from the landfill, gas quantity will reduce. The magnitude is unknown and will depend on several factors.

There are models to predict, though even the best models to estimate gas generation are dependent on the organics, and these models have not been calibrated to predict the impact of SB 1383. I don’t think anyone could have a good understanding of the impact unless they do a full multiyear waste characterization study and use this information to calibrate the biogas production model. That information would come from looking at a statistically significant number of waste samples from the site to determine the organic portion change over time so they can calibrate the model used to estimate the landfill gas production reduction. Then they could take the results from that multiyear study and plug them into a model to make projections further out.

Waste360: Do you have a sense of whether less food waste will be generated as a result of SB 1383?

Ramin Yazdani: Unless the population drops, the volumes of disposed food waste won’t go down. There is more food rescue happening, but the amounts we are talking about are relatively small, and I don’t think that will change substantially. There will always be food that gets thrown away that does not meet the requirements of the food industry.

I think volumes of food waste generated by consumers will be the same but less will go to landfills. You will just have to do something else with it.

Ramin Yazdani: Many landfills put garbage in active landfill cells as they are constructing them. It could take years to build out a landfill cell before they could capture this methane. During that time, landfill gas is generated but not collected in those active areas, and some of the gases are lost, especially from rapidly degradable organics. But managed smaller organics cells such as an anaerobic digester will let you collect gas, and you will not lose significant amounts. A typical landfill does not do this because it is not practical to collect gas early on, since you are still working in that area.

Further, if you take food waste out of the stream and treat it to produce biogas under a controlled environment, you will actually see improvements in collection efficiency of the biogas produced. This is because you are now actively separating and processing the collected organic waste.

Waste360: Why did you build this infrastructure in Yolo County?

Ramin Yazdani: To comply with the regulatory requirement of SB 1383 and AB 32.

Ramin Yazdani: We have been taking food waste and will be taking additional food waste with the idea that there will be a need for businesses due to SB 1383. In our new project slated to launch this fall, we will begin by taking about 50 tons a day of commercial and industrial food waste, and over time the amount will increase to about 200 tons a day.

As landfill operators must comply with the mandate, they will have to find an alternative way to dispose of and treat organics. Our facilities have been designed for the increase in tonnage to be able to meet increased need within the region. In providing this service to others, we will produce and make use of more biogas.

One other point I’d like to make as it relates to SB 1383 is that there is a need for facilities to provide alternatives to landfilling, and one thing the bill lacks is ensuring there will be enough facilities. On one hand, we are supposed to create a reduction in greenhouse gas emissions. But on the other hand, there has been limited thought into how to put infrastructure in place, who will build it, and how it will be funded, as well as how far the material should be moved from one location to another, and the emissions that this would create. Some California facilities are now hauling three or four hours away to get rid of their organic waste.

California is currently ahead of many states as far as regulations to reduce organics going to landfill and greenhouse gases. Yolo County is also ahead of implementing projects to meet the needs of our cities, but not all cities and counties in California are fortunate to have the funding and a facility to implement projects.

I would like to see more funding for projects that have a net benefit for California. Cap and trade funds have been used towards some of these projects, but more funds are required to comply with SB 1383 and AB 32. Given the current situation in California and other regions, we need to think and plan. Without more funding or other creative ways of getting more projects constructed, it would be difficult for jurisdictions to implement, and there will be increased cost to residents and businesses.