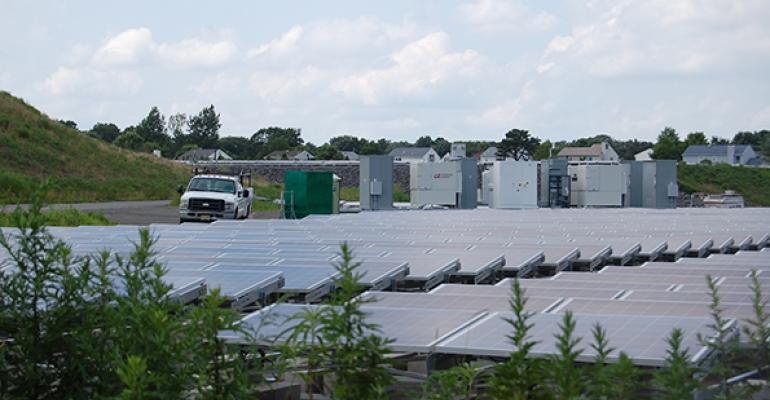 The solar array at the site of the former French’s Landfill off Sally Ike Road will begin generating energy in early October, but the township does not stand to generate any significant future revenue from the project, officials said.

“The financial deal was not great, not even good,” Mayor John Ducey said Tuesday, as the township council approved some of the final resolutions needed to get the project started. “It was the best we could do with what we had left.”

Ducey was speaking about a change to the solar contract made in 2012 that was never signed by then-mayor Stephen C. Acropolis. The contract change stated that Standard Alternative (now known as Brick Standard), the redeveloper, would pay off a township bond issuance at 4.5 percent interest. If the township was able to borrow the approximately $31 million required to fund the project below that rate, Standard would have been locked into the fixed rate, and the township would have pocketed the excess.