Why Some Landfills are Becoming Privatized, While Others Remain Public 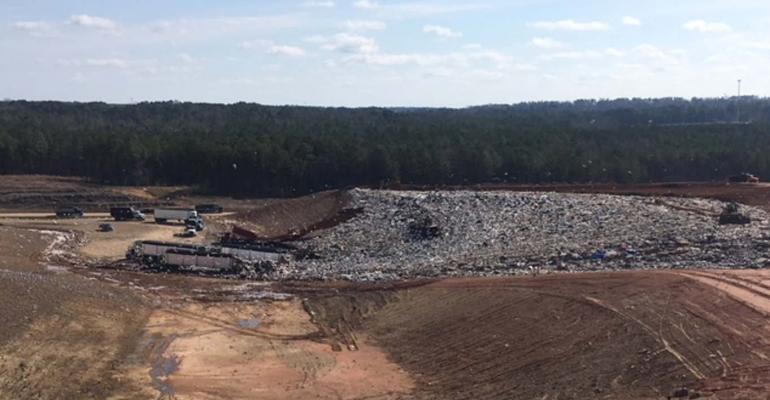 Nearly half of landfills today are privately owned, with industry controlling 85 to 90 percent of permitted capacity.

Today, about half of them are privately owned, with industry controlling 85 to 90 percent of permitted capacity, estimates Michael E. Hoffman, managing director of environmental services research for Stifel. This is in contrast to 17 percent that were privately owned in 1984 and 36 percent in 1998, according to a report by the Solid Waste Association of North America (SWANA).

Most recently, “The trend toward privatization of public sector landfills has slowed, but it’s continuing. At the same time, municipally owned landfills tend to be smaller than private sector landfills and are closing more frequently,” says David Biderman, executive director and CEO of SWANA. “The net result is both the number of landfills and percentage of overall capacity owned and operated by the public sector continues to decline.”

This is likely occurring in part, he says, because private companies have easier access to private capital and because of budgetary pressures of many local governments.

Beyond, large companies have economies of scale on their side.

But local governments that transfer ownership typically lose some control over disposal prices and future disposal capacity. Some government jurisdictions are entering private-public partnerships to tap into the best of both worlds, including Wake County in North Carolina.

“Through our private-public arrangement, we remain in control of our destiny in terms of disposal options,” says Roberson. “And we have arrangements with cities and towns in Wake County to take their residential waste, which is probably cheaper than to ship it out of the county. This guarantees us tonnage and reasonable disposal rates.”

Chester County in Pennsylvania set up an authority that owns and runs its landfill. These government entities are becoming more common, with the goal of assuring disposal capacity and controlling tipping fees.

Authorities, like private companies, take advantage of economies of scale. Chester County’s authority services 49 of the region’s 73 municipalities and contracts with private haulers. It hasn’t had to raise tipping fees for 10 years, says Bob Watts, executive director of Chester County Solid Waste Authority. Watts says the tipping fees pay for all its operations.

On a larger scale, tipping fees are rising faster than the rate of inflation, which Biderman says correlates with the overall number of U.S. landfills declining and increased capacity controlled by the private sector.

This trend is punctuated by a recent Environmental Research & Education Foundation (EREF) report showing a 6.3 percent increase in tipping fees over the past year.

Bob Gardner, senior vice president at SCS Engineers, cites examples of potential barriers for municipalities that run their own sites, including political cycles that may hinder getting capital plans approved.

“Governments are changing leadership [fairly rapidly], while landfill agreements require long-term commitments. Unless you have a progressive and committed political board running the landfill, it can be a challenge,” says Gardner.

“I’ve seen it happen time and time again where government won’t buy equipment because it’s an election year, and they are concerned candidates will be conservative,” he adds.

“Virginia has the largest concentration of private mega-landfills in the country that service local communities as well as New York, Maryland, Washington, D.C., and other areas,” he says.

Oklahoma City is another large region that got out of the business and put out requests for proposals, generating competition and good pricing, says Gardner.

A flow control ordinance was part of Chester County’s plan to assure capacity while maintaining control.

“Our flow control ordinance differs from privately run operations because private market participants must find waste to meet their financial needs, where through the county’s plan and ordinance, we are assured a certain capacity,” notes Watts.

“Waste has decreased due to recycling, but we’ve continued to pay our bills,” he says, attributing this largely to a growing population.

However, the authority is not without challenges, including its distance from densely populated areas requiring longer operating hours.

“When I think of public versus public, it’s not either/or. It comes down to many considerations like economics of scale, availability of land and political will,” he explains. “Privates are in business to provide service. Communities must decide, considering such factors as I just referenced, if they want to take it to that facility or do it themselves.”