Virginia Landfill and Nearby Community Grow Side by Side 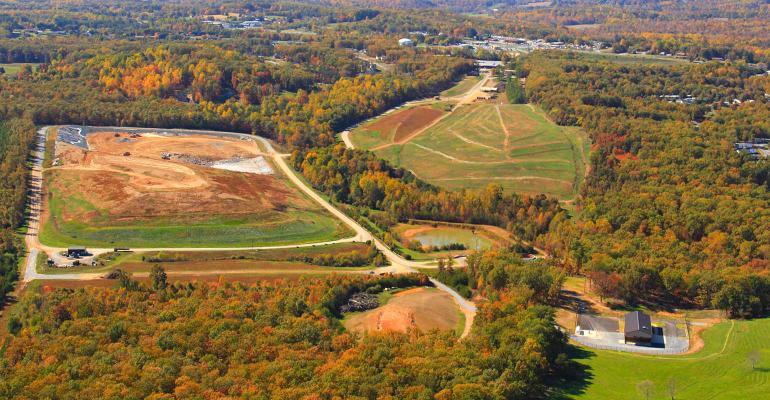 The Campbell County Landfill reaches capacity in 2030, and while officials look at expansion efforts, residents are pushing back.

Several years back, in what was once a rural area, the disposal mechanisms of four Virginia jurisdictions were consolidated into one regional site. That area was undergoing a lot of change as plans were underway, adding complexity to the job of Region 2000 Services Authority, the site’s owner and operator.

For now, an expanded version of one of the four jurisdictions’ facilities—Campbell County Landfill—is taking on this regional role. But the setup is a temporary fix. The site reaches capacity in 2030, and while the authority has looked at a bigger expansion, residents are pushing back. So, additional options have been laid on the table as 2030 inches closer, while the authority simultaneously addresses more immediate issues.

“We had temporarily closed the Campbell County Landfill to prepare it for regional operation, and there was a lot of residential development very close to the site during that period,” says Clarke Gibson, director of Region 2000 Services Authority. “So, there have been quite a few concerns. Meanwhile, we began looking into further expansion on an adjacent 350 acres to handle capacity until 2050.”

The existing expansion bumped the site’s trash intake from 100 tons a day to 700 to 800 tons daily, and one of the first issues was noise. There were up to 200 trucks coming in and out daily. So, the authority built a 20-foot-high barrier wall as well as berms made from waste.

“A year and a half into operations, we were working on a small lateral expansion, which gave us eight more years of capacity. But we started getting increasingly intensifying odor complaints,” explains Gibson.

More than a million dollars went into mitigating the odor problems, including a landfill gas collection system, a 2,000-cubic-foot-per-minute flare and an odor neutralization system. These investments, combined with a lot of one-on-one communication to address residents’ concerns, resulted in a 98 percent drop in odor complaints.

But the authority continues to meet opposition; residents don’t want further expansion. So, efforts to get that additional 350 acres rezoned have been tabled, and the authority is exploring multiple disposal options beyond 2030.

Despite the closest neighbors’ objections to expansion, that option ranked number one, with a transfer station to move the trash to other locations ranking two and a waste-to-energy facility coming in third. 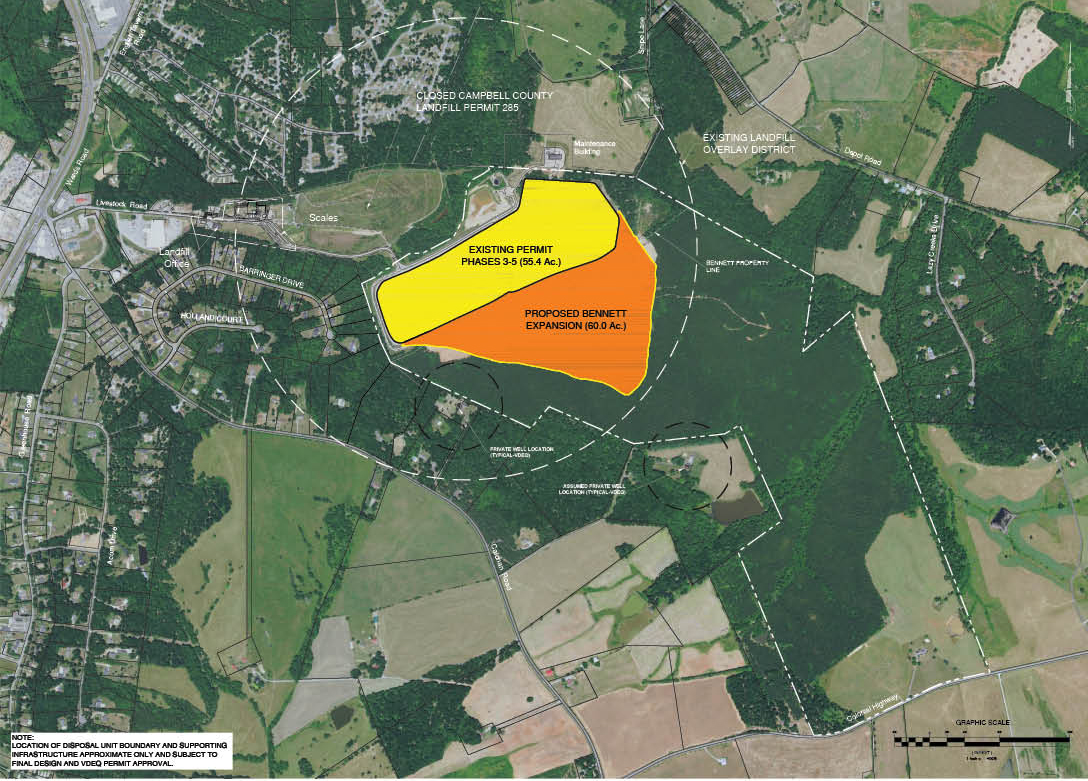 “In May, staff from the authority came before the Campbell County board of supervisors to share options, and they are waiting for our direction. But it’s early for us to determine which may be best,” says Frank Rogers, administrator for Campbell County. Rogers sits on the authority’s board representing the county as longer-term plans take shape.

“As we study the options, our concerns will be about quality of life, property value and cost of service,” he notes.

Commenting on the significant reduction in odor complaints, Rogers says, “We are encouraged by the progress and hope the operation remains sensitive to those concerns and continues to address them.”

Communities around the country grapple with what to do as their disposal sites near capacity. Dane County in Wisconsin is planning a $10 million expansion, seeing it as the cheapest option and recognizing building a new facility would likely stir debate over placement.

Meanwhile, Rutherford County Commissioners in Tennessee recently rejected a plan for expansion, with some opposers calling for more recycling, composting and mulching.

Meeting regulatory requirements and being environmentally protective comes with a cost, so operators may leverage economies of scale by choosing to run at a regional level, says Anne Germain, vice president of technical and regulatory affairs for the National Waste & Recycling Association (NWRA).

“It makes it easier to operate efficiently without burdening the tax system,” she says. But that is offset by increased truck traffic, increased facility size and increased daily intake of trash.

“When I was working for a public authority, I would tell the community that I understand they were not happy living next to a landfill, but nonetheless we wanted to be good neighbors,” explains Germain. “We would address their concerns and make sure they understood how the landfill will be operated and that it will be protective of the environment and human health. Open communication with the community is key regardless of the facility, especially when it involves expanding to regional scale.”