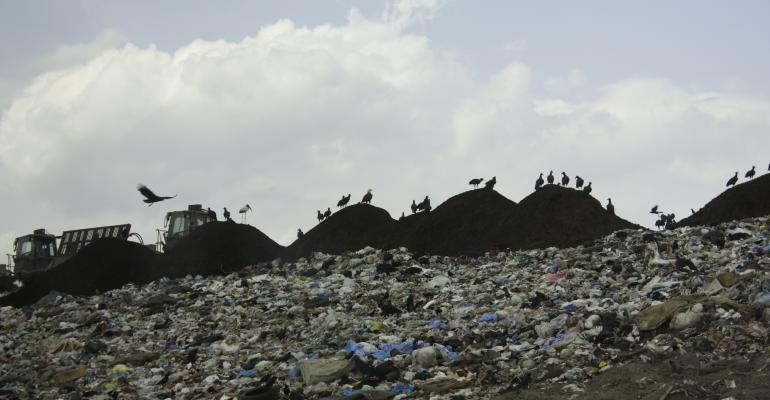 Overall, higher pricing is driven by one factor: supply and demand.

National average tip fees have been on the rise for years, though rates vary radically by region and state—as high as $151.19 per ton in Alaska and as low as $24.75 per ton in Mississippi, according to an April 2018 report by the Environmental Research & Education Foundation (EREF). This is based on a survey of 397 landfills.

Overall, higher pricing is driven by one factor, according to Michael E. Hoffman, managing director and group head of diversified industrials for Stifel.

“Tip fees in the U.S. do not go up for any reason but supply and demand. No state has ever, nor have the Feds ever, put in a big tax that makes landfill uncompetitive. Rates go up because capacity comes out of the market, and the remaining capacity can charge more,” he says.

Hoffman cites as an example what is happening in Massachusetts, a trend he says will continue as that state’s landfills close. Spot tip fees there have spiked from the low $40s to almost $70 per ton in the past five years. They could rise to $100 per ton in the next five years, he projects.

The highest fees over time have been in the Pacific and Northeast. Though costs have been fairly stagnant or dropped a little in the Southeast, South Central and Mountains/Plains, where there are typically no landfill capacity issues.

Recently, one particular question has circulated among industry stakeholders: Is China’s ban having a big impact on tip fees or will they do so moving forward? Hoffman doesn’t think so.

“While massively disruptive to paper prices, it is not of a large enough tonnage locally, where the recycled fiber is captured, to alter the landfill market that much,” he says, adding regional pressure on tip fees will be about how far the waste must move and how many sites are available to haulers.

But Kantner has somewhat different thoughts on the China policy’s potential role.

“Landfilling recyclable materials that can’t find markets will ‘use up’ landfill capacity unexpectedly and could push tip fees to further increase,” she says.

One WBJ reporter and co-authors, writing on rising landfill costs, also provided insight on the relevance of China’s policies, commenting, “It should be noted that the pricing forecasts [in WBJ’s report] do not yet incorporate the potential impact of China’s material ban, which could send millions of additional, unanticipated tons to the landfill that would have been recovered as recently as last year.”

But they cite other factors they believe impact disposal costs, including industry bottlenecks they say “threaten to significantly raise the cost of shipping waste from transfer stations to landfill. They point to a national shortage of truck drivers, but also say that shipping waste by rail generally is not profitable for rail owners, and that longer trip times require investments in more resources to keep trash from accumulating.

On a state level, EREF found a strong relationship between the availability of incineration and higher landfill tipping fees.

“We did not look at cause-and-effect, but we do see that higher landfill tipping fees can indicate whether market conditions are suitable to support expensive waste management options such as waste-to-energy (WTE). This mirrors what has been seen in some European countries, where high tipping fees create a market to support other types of waste management facilities,” says Kantner.

Here are the takeaways from EREF’s report on tip fees: 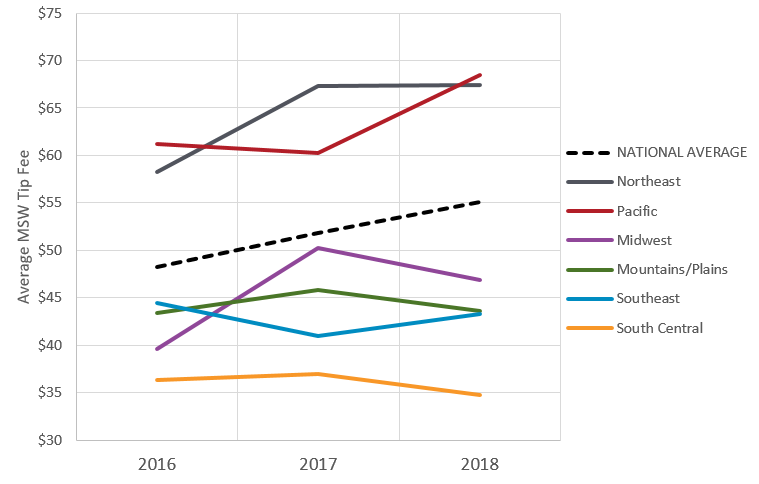