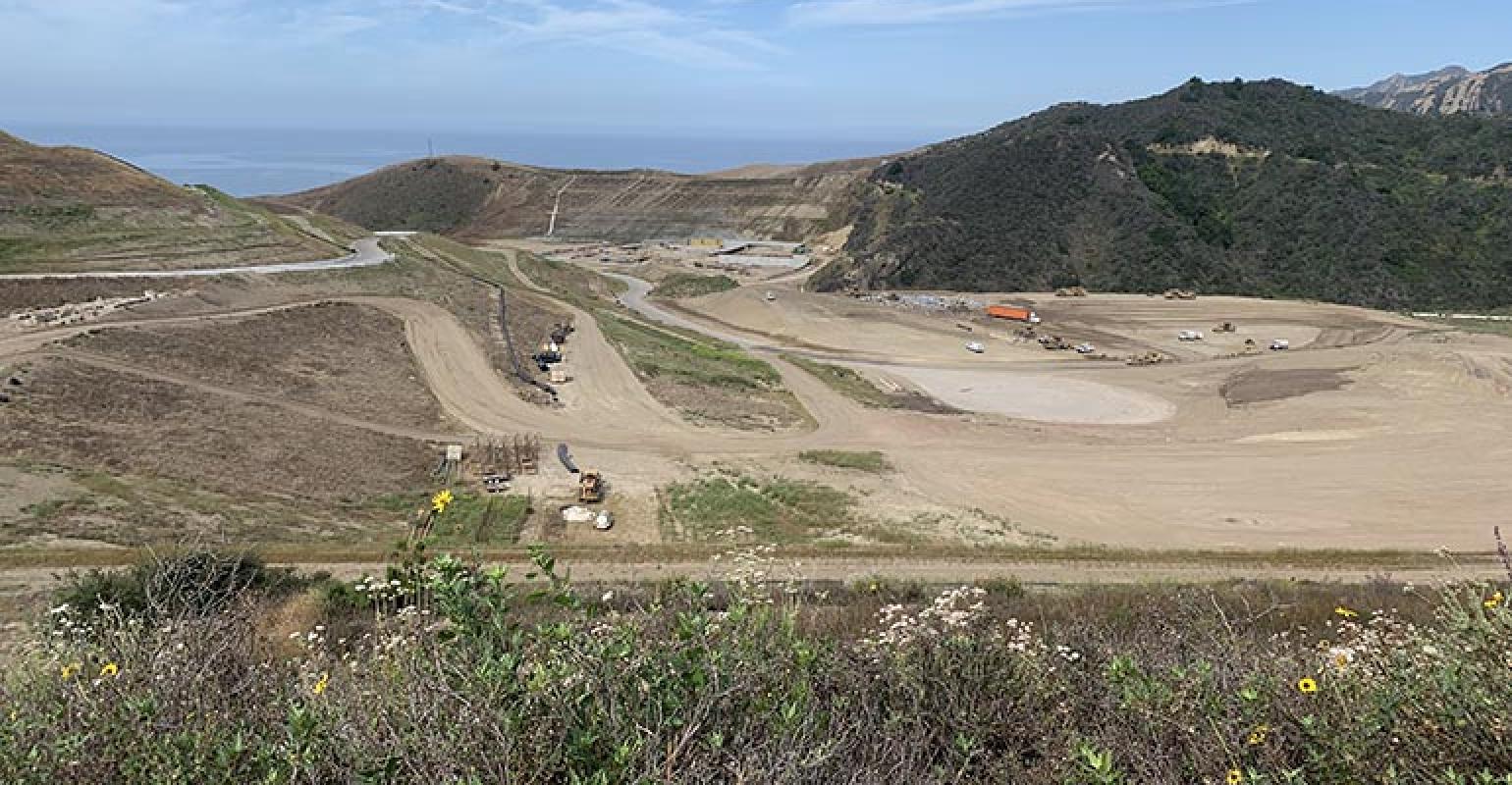 The ReSource Center project aims to reduce the area’s carbon footprint by reclaiming items headed to landfill that can be recycled or composted.

Santa Barbara County, Calif., has buried about 200,000 tons of annual trash in its Tajiguas Landfill since 1967. The landfill was on track to hit its capacity in about six years from now, until the announcement of a renewable energy project that is expected to extend its life by an additional decade.

The ReSource Center project broke ground last winter and is a $130 million effort to reduce the area’s carbon footprint by reclaiming items heading to landfill that can instead be recycled or composted and raising the region’s landfill diversion rate above 85 percent.

The Santa Barbara County ReSource Center will include a municipal solid waste (MSW) materials recovery facility (MRF) to accept solid waste from the South Coast and Santa Ynez Valley areas of Santa Barbara County. This includes the unincorporated communities of these areas as well as the cities of Santa Barbara, Goleta, Solvang and Buellton. The MRF will sort and reclaim recyclable items and organic matter. According to county estimates, 60 percent of the waste dumped in the landfill is recyclable or organic. Equipment for the MRF is provided by Van Dyk Recycling Solutions of Norwalk, Conn.

Installation begins later this year on a mostly automated system that will process MSW and both commercial and residential single stream waste through three infeed lines. The system has size reduction to break down oversized materials and bag openers to liberate recyclables. Material will be processed through two 3D trommel screens, various sizing screens, air density separators, three elliptical separators and 11 optical units that will recover and separate paper and containers. A paper dryer also will remove moisture and prepare paper for end markets. The facility is expected to recover approximately 30 percent of recyclables and up to 30 percent of organics.

The separated organics from the sorting system will be processed through an onsite anaerobic digestion facility. This facility will create renewable energy that will power the facility itself and feed electricity back into the grid. The landfill operates an existing gas collection system that captures around 75 percent of the methane gas that occurs when organics are buried at landfill, but the remaining 25 percent is released into the air. Processing the organic materials at the ReSource Center is going to allow 100 percent of those gases to be captured and turned into renewable energy.

The ReSource Center is expected to generate enough energy to be self-sustaining and create enough electricity to power an additional 2,000 homes, while greatly reducing greenhouse gas emissions (the equivalent of removing 29,000 cars from the road each year). After the anaerobic digestion process, the organics will be composted onsite and finished with various screens and proprietary equipment to recover inerts and glass. Generated compost will be sold within the county to outfits like golf courses, parks and farms.