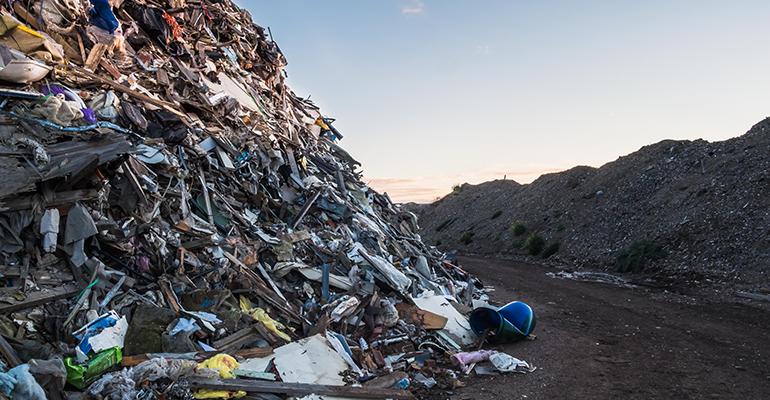 The expansion still needs approval from the Air Pollution Control District, water quality regulators and the Marine Corps, which owns the land.

A principal planner for the city of San Diego has given “key approval” to expand the Miramar Landfill and extend its life by four years, kpbs reports.

In October, San Diego officials unveiled a proposal to expand the Miramar Landfill upward by 25 feet. The move comes less than five years after the city adopted a zero waste plan, and the proposal would increase the landfill’s height to 510 feet above sea level from 485 feet above sea level.

The expansion still needs approval from the Air Pollution Control District, water quality regulators and the Marine Corps, which owns the land.

A plan to allow the city of San Diego's only landfill to pile waste 25 feet higher got a key approval last week.

Lisa Wood, principal planner with the city, said the expansion will extend the life of Miramar Landfill by four years. With the expansion, the landfill is expected to accept waste through 2028.

Wood said the expansion is needed despite San Diego's goal to get to zero waste by 2040.