HomeLandfillLandfill OperationsPuerto Rico Struggles to Manage Waste, Debris Generated by Hurricane Maria
Recent
Machinex Upgrades West County Resource Recovery in California
May 27, 2022
EREF Hosts Record-Breaking Charitable Auction, Proceeds Directly Support Scholarships and Scientific Research
May 27, 2022
This Week in Waste: Top Stories May 23 - May 28
May 27, 2022
Landfill Emissions Measurement: What We Know, What We Need to Know
May 27, 2022
POLL
SWANA & Oceans Caucus Foundation Host Congressional Briefing on Recycling
May 27, 2022
Collaboration Leads the Way in Connecticut to New Extended Producer Responsibility Law for Management of Discarded Residential Gas Cylinders
May 27, 2022
An Uber-Style Service for Curbside Recycling
May 26, 2022
S&B Selected as Contractor for New Hope Energy’s Advanced Plastics Recycling Unit
May 26, 2022
Need to Know
brought to you by 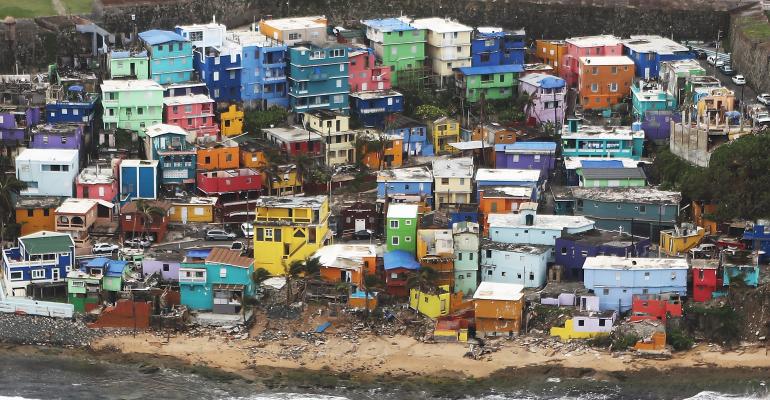 To keep waste out of these overflowing landfills, the soccer field and other available sites are being transformed into makeshift dumps.

This fall, Hurricane Maria made landfall in Puerto Rico, leaving the entire island without power and residents without basic necessities. And now, just a few months later, the island is struggling with managing the approximately 6.2 million cubic yards of waste and debris generated by the storm.

The island has 29 landfills, but they reached their capacity over a year ago, and nearly half of the landfills have been ordered to close due to concerns over risks posed to nearby soil and groundwater.

To keep waste out of these overflowing landfills, the soccer field and other available sites are being transformed into makeshift dumps.

Outside Puerto Rico's capital, a three-story-high mountain of debris and waste sits smack in the middle of what was a suburban soccer field before Hurricane Maria devastated the island.

Blue bleachers peek out from the edge of the trash pile, as a line of trucks rolls in to dump even more tree branches and moldy furniture. Workmen wearing yellow hard hats operate diggers to add the new waste to the growing pile in the center of the field.

Puerto Rico is struggling under the weight of its own garbage. Even before Maria hit in September, the Environmental Protection Agency says, most of the island's landfills were filled beyond capacity and that nearly half were under orders to close.