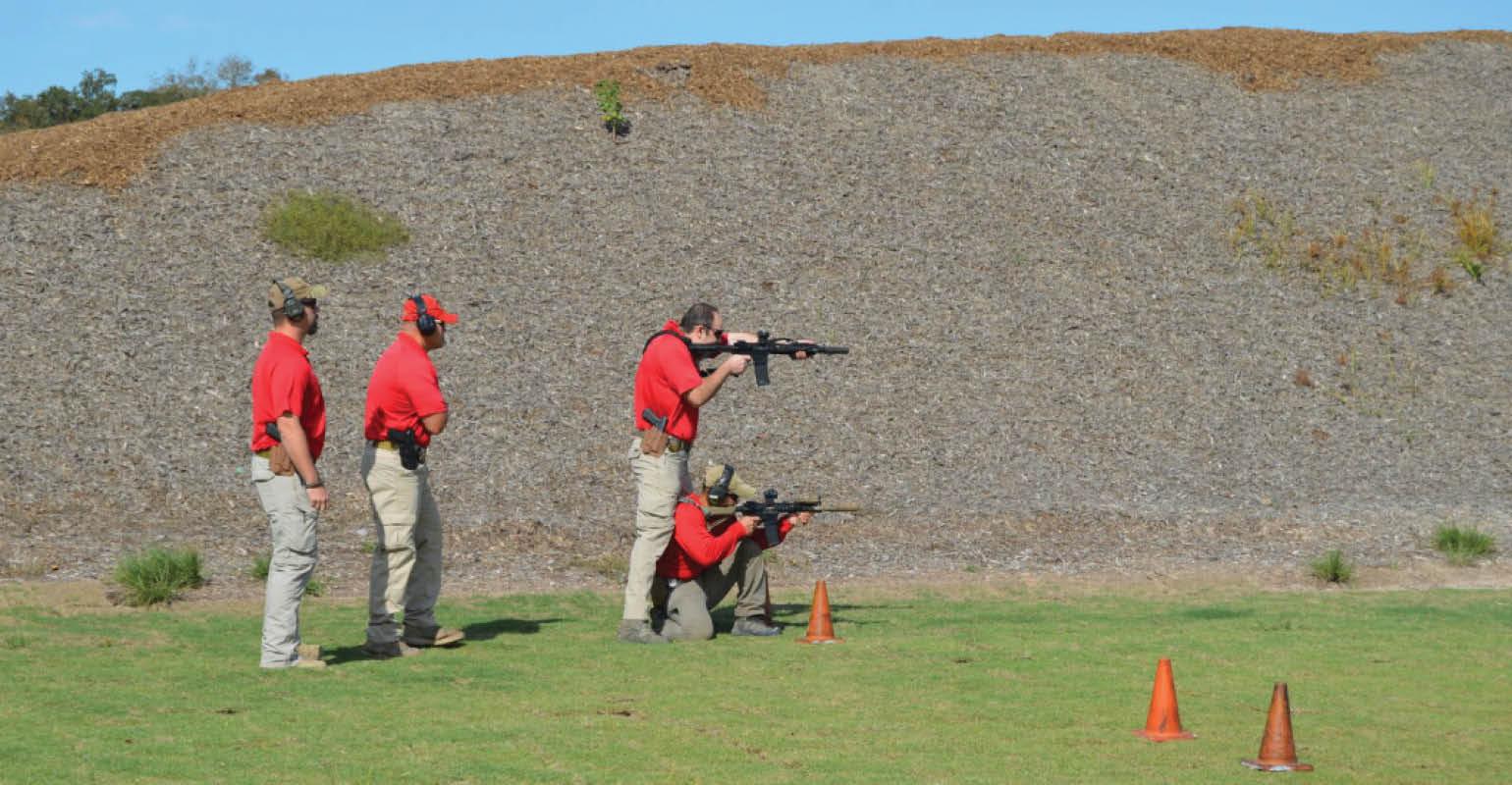 The arrangement has had benefits for the solid waste agency, both police departments and the two cities served by these three entities.

The Brazos Valley Solid Waste Management Agency (BVSWMA), which owns and operates the landfill, invested $650,000 to set up 16 acres for the local Bryan and College Station police departments. The setup includes three buildings, shooting ranges, berms to contain stray bullets, target equipment and lighting. The agency rents the facility to the police departments for $1 annually.

“The range and other educational resources were needed by both cities, and we were a natural fit because we have property and the infrastructure,” BVSWMA Executive Director Bryan Griesback says. “We have a separate road that’s fenced off from the landfill. So they can shoot when the landfill is not open. They have their own gate and can get in and out anytime.”

The arrangement has had benefits for the solid waste agency, both police departments and the two cities served by these three entities.

“The return is not in the form of cash,” Greisback says. “But rather we did all the earth work, which saved the cities money. Residents got a great value for minimal additional investments.”

Each shooting range has a computer-controlled pneumatic target system that turns the targets to simulate human motion. Working alongside the police, BVSWMA assembled and installed it. But there was a lot more technical know-how to gain.

“We originally thought we’d push up dirt, set up a picnic table, and have a range. But … we discovered it was not as simple,” says Griesback.

The waste management agency worked with a local engineering firm and a nationally recognized designer of ranges to ensure the facility met National Rifle Association standards.

The 20-foot-tall berm was designed to prevent deflection of shots that could potentially ricochet off objects. It’s made of compacted clay laid down in layers and trimmed back to the shape of the slope. The land orientation also had to be set up to ensure the police were shooting toward their space rather than toward the closest property line and community.

One of the biggest problems the arrangement resolves for the police is tied to scheduling mandatory training.

“We have almost 150 officers, and to train we were having to rent a law enforcement range at Texas A&M once a month,” says Sgt. Ryan Bona of the Bryan police department. “But it’s in high demand. If we needed to do a makeup date, or someone missed training, finding an available date could be complicated. Now we can shoot when we want or need to, and it does not cost us out of pocket.”

“If we tried to do it by ourselves we would have to go through much greater lengths to find land and funding,” adds College Station Chief of Police Scott McCollum. “But we were able to leverage resources to pull everything together and spend less money than if each of our two police departments tried to do it independently.”

This arrangement has provided a convenient setup in a densely populated area.

“In a city there is the challenge of where do you put [a range] without having an adverse impact. We were able to work with Brazos Solid Waste Management Agency to do this, while also having an opportunity to work closely with the Bryan Police Department,” says McCollum.

Bona recalls first driving down a slightly used gravel road a few years ago, hopping a barbed wire fence, and looking at a field on one corner of the landfill property where the target range and classroom are now located.

“To see what it’s since become is amazing,” he says.

The collaboration has also been a community relations exercise.

“We learned what the police departments do, and they learned what we do,” Griesback says. “All the sworn officers for both cities come out to the landfill. They see it in a positive light, leaving thinking it serves its purpose—both for them as well as in the traditional way of managing the two cities’ waste.”