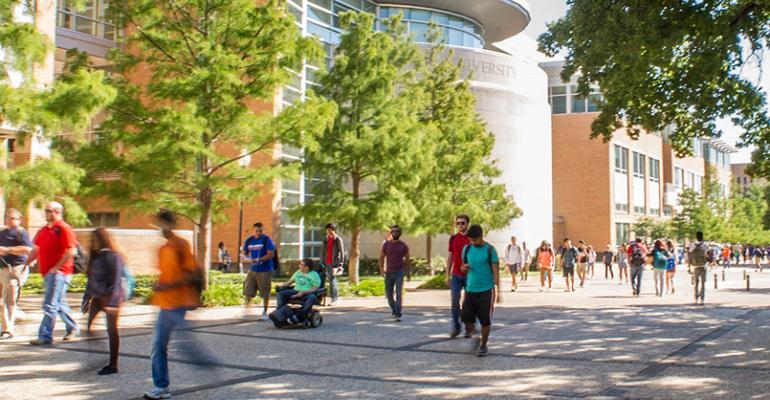 One of the tools is a sophisticated liquid monitoring system.

The Denton (Texas) Landfill, with support from University of Texas, Arlington (UTA), is about to leverage two high-tech tools to boost the facilities methane gas production by about threefold, and double to triple the site’s life.

One of the tools is a sophisticated liquid monitoring system that will allow more water to be added to waste, accelerating its decomposition and ultimately increasing methane gas production.

The second tool will be landfill mining to retrieve, sort and recycle materials after both maximum decomposition and gas production are completed.

Adding water to the waste is a total reversal from the traditional focus of landfill operators to decrease liquid. Generally, the more water you add, the more problematic and costly leachate management becomes. Landfills unable to control moisture content have been hit hard by floods and leachate outbreaks.

“The idea is to have optimum water content, which for gas production is 55 percent. But having a way to monitor the water content to ensure optimal levels is the main issue,” says Sahadat Hossain, principal investigator at UTA, who worked on this system and the landfill mining system.

“We use a fairly new monitoring method called electrical resistivity imaging,” he says, explaining it enables operators to closely watch moisture movement and moisture content, providing them information to help determine how quickly to recirculate the liquid, when to add water and when not to. Ultimately the imaging system will aid in facilitating the completion of waste decomposition in 15 years versus up to 100 years, he says.

The second technique, landfill mining, involves taking out what won’t break down, ultimately freeing up more landfill space while being able to recover buried commodities.

Denton will soon begin mining its first cell, comprising 30 acres, on the oldest portion of its landfill.

“The waste is so dry there you can read the papers from the late 1980s, so it’s very well preserved,” says Vance Kemler, general manager for solid waste and recycling services for Denton.

He anticipates finding a healthy volume of reusable recyclable material. The mining operation will begin this spring, then recovered materials will be processed and separated on the landfill in open space, through manual sortation and with a conveyor line and magnets for ferrous metals.

“Once the first cell is done, we will build a liner that is compliant by today’s standards [the old cell has a clay-only liner] and begin putting in more garbage,” Kemler says. “This will give us 10 more years for that one cell. Then we will start mining the composite liner portion of the site. It will have been run as a bioreactor and have produced a lot of methane gas, so we won’t get useable paper and cardboard but all other commodities.”

“So we rotate from one, two, three and four, while cell five slowly fills up,” Kemler adds.

This process will take place once the addition of water into the cell has stopped and gas production is complete.

“We would stop adding water just before we got to 35 percent,” Kemler says. “That’s a conservative level. This is moderately new stuff, so we want to have confidence that the system will enable us to control leachate and reach optimal gas production levels.”

In addition to the combined benefits of mining and liquid monitoring: controlling leachate, bumping gas production, maximizing space and recovering commodities, Hossain sees another advantage down the road.

He believes that whatever residue is left after mining could have 40 to 50 percent energy potential that could ideally be made into pellets to be sold to burn for energy.

“We don’t know what we will get in Denton yet,” Hossain says. “But we are hoping for those numbers.”