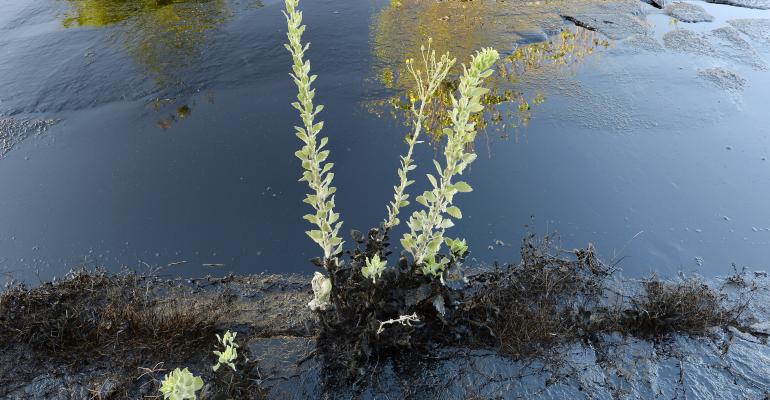 Testing groundwater may reveal the potential source of contamination, for instance a leaking underground storage tank, a ruptured pipe or fractured well casing.

Potential for groundwater contamination and safeguards against it are issues that landfill owners pay close attention to, driven largely by public concern and stringent regulations.

Most solid waste companies have groundwater protection programs and either have staff or consultants dedicated to monitoring to verify they are not negatively impacting nearby bodies of water.

The efforts entail developing sound methods to gather accurate data. They involve addressing complexities that make it hard to determine reasons for changes in groundwater and the potential impacts of those changes. And they entail operating within a regulatory framework that is unique to landfills, presenting further challenges.

“If you are a gas station owner or dry cleaner and you monitor groundwater, the results are simply compared to a regulatory standard. And you are either over or under it,” says Terry Johnson, Waste Management’s senior director, groundwater and technical programs. “But for landfill owners, federal regulations require that, in addition to comparing to standards, they monitor for significant increase or change in groundwater concentrations of certain constituents. Even if we are well below a regulatory standard, if we see an increase we have to react, and on tight timelines.”

Testing groundwater may reveal the potential source of contamination, for instance a leaking underground storage tank, a ruptured pipe or fractured well casing. Testing can determine if groundwater constituents are above or below federal safe drinking water standards. And they can determine the speed of migration or if the contamination is in a drinking water aquifer.

But getting definitive answers is not always easy.  Groundwater is constantly changing naturally. Further, any land disturbance (e.g., road construction) can cause a shift in conditions. These are big considerations as operators work to collect accurate data.

Most recently, Tennessee regulators have spent much time and money investigating extremely high cadmium levels in a well at Camden Landfill. The monitoring tied to that incident is ongoing.

And following a five-year review of a North Hampton, N.H. landfill tied to contaminants reportedly migrating from groundwater there, regulators suggest further investigation, as there are still data gaps.

Some testing parameters may be particularly effective in determining significance of changes in water composition and potential impact.  One example is testing mineral content to understand mixing between water bodies.

“Groundwater is always moving, and analyzing mineral content helps distinguish where it traveled from,” Johnson says. “We can tell how much mixing has occurred between different bodies. We can identify the water body it’s mixing with that explains why the content has changed. And we can show when this is a natural change or a manmade change that is unrelated to the landfill.”

Use of standardized, dedicated sampling equipment can help generate accurate data. For example, a pumping system at each well eliminates errors introduced by portable sampling equipment that could pick up contaminants and move them from well to well.

“Dedicated equipment eliminates many sources of variability and human-induced error,” Johnson says. “We have used essentially the same type of dedicated equipment in nearly every monitoring well across the enterprise for over 20 years, resulting in remarkable data consistency.”

Since the late 1980s and 1990s facilities have used a liner and pump system to prevent infiltration of leachate into the ground.

Liners are graded to allow collection of water at one central location. A pump above the liner allows removal of liquids that accumulate there, which are then pumped to a wastewater treatment plant.

“So the liner and pumping system prevent landfill leachate from entering the ground, which had been a big problem prior to the late 1980’s,” says David Pepper, director of capital projects for Waste Industries, an integrated solid waste management company based in Raleigh, N.C. Pepper says in his 30-plus years in the business he, himself, has not seen a leak at a lined landfill.

“One might ask, with these liner protection systems in place why monitor groundwater? It’s another check and balance. It’s a way to verify the liner system is preventing leachate from leaking as it is designed to do,” he says.

While Waste Management employs many standard monitoring and testing approaches, it sometimes leverages unique approaches, such as collecting isotope data (hydrogen and oxygen).

“This can give us more information to determine where the water came from, or to determine its age, which can also be useful for identifying the source of the water,” says Johnson.

Such innovative sampling methods, proven standard designs, and rigorous site investigations can be key to reliable groundwater monitoring and protection.