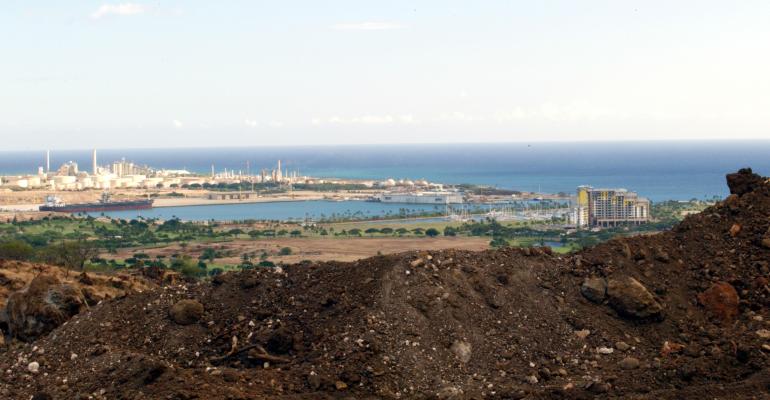 The Island has been dealing with plastics that are no longer being recycled, and its landfill predates federal regulations that mandate environmental safety measures like industrial plastic liners and collection systems for leachate.

According to the report, Hawaii County officials and the state Department of Health have been discussing the eventual closure of the facility since Subtitle D took effect in 1991. But county waste managers say their groundwater monitoring showed no signs of adverse impact from the landfill.

In separate articles, Hawaii Public Radio also reports that the city and county of Honolulu's only municipal landfill, Waimanalo Gulch, has been ordered to close by 2028. Now, the city must decide how it will deal with the island's waste in the future.

And in Maui County, two landfills are filling up fast and approaching the end of their lifespans. But waste-to-energy projects in the area have been stalled due to opposition from environmental advocates.

Hawaii Island is in the enviable position of having a landfill with anywhere from 20 to 100 years of capacity left to take in trash. But the island still wrestles with significant issues like plastic products that are no longer being recycled.

For the past four decades, trash from the east side of Hawaii Island has been dumped in a landfill outside of Hilo. But now trash from all parts of the island is being trucked to a facility north of Kona.