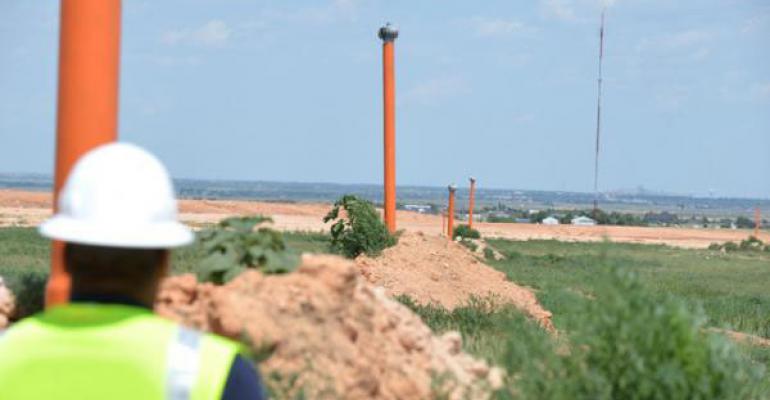 From 2016 through 2018, increases in the national average tipping fee averaged 7 percent year-over-year.

From its database of 1,540 active Subtitle D MSWLFs in the U.S., EREF created a sample of facilities that was used for surveying landfill owners regarding tip fee information for MSW disposal. 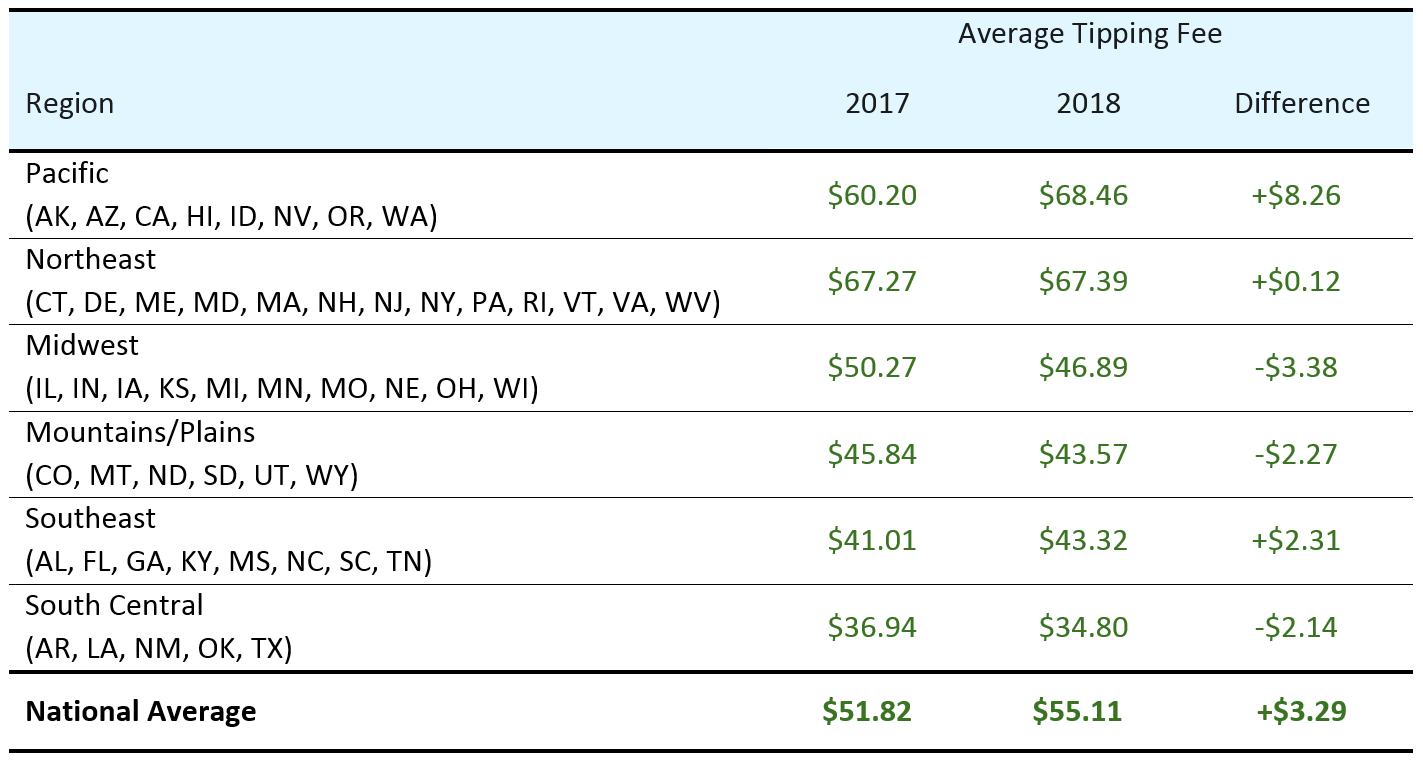 From 2016 through 2018, increases in the national tipping fee averaged 7 percent year-over-year. During this timeframe, the largest increase was seen in the Midwest region, where the average tip fee rose by 18.3 percent, or $7.25 per ton. The Northeast (+15.8 percent) and Pacific (+11.9 percent) regions also saw large increases during the same period. In the Southeast (-2.6 percent) and South Central (-4.2 percent) regions, however, fees decreased slightly. In the Mountains/Plains (0.4 percent), fees remained relatively flat. The figure below shows regional tipping fees from 2016 through 2018. 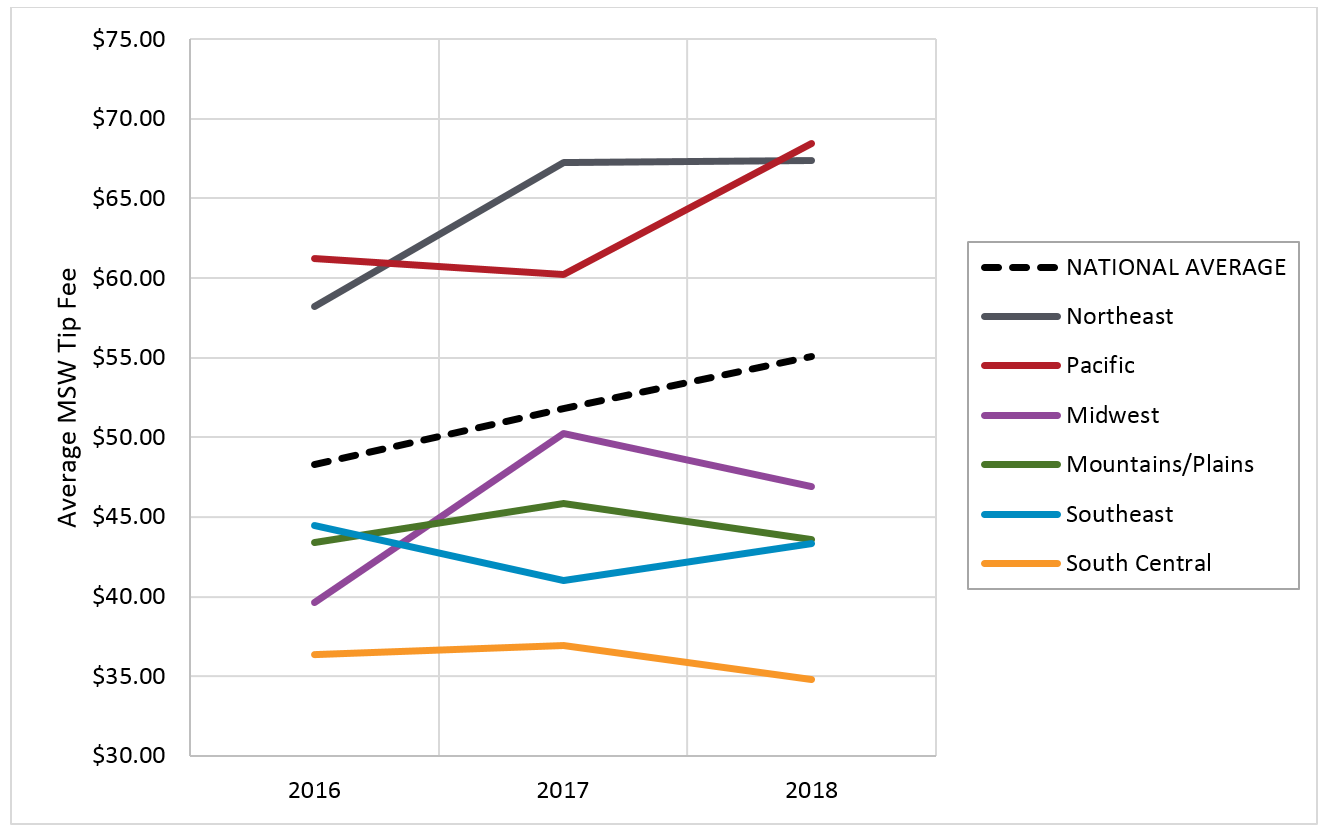