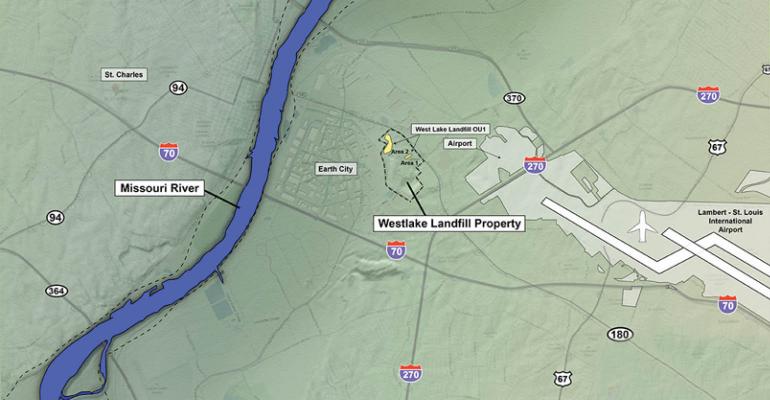 EPA officials told residents that a decision on a cleanup strategy is at least several months away.

Officials from the Environmental Protection Agency met with area residents to provide an update on efforts to clean up the West Lake Landfill.

An exothermic reaction at the Bridgeton (Mo.) Sanitary Landfill that began nearly seven years ago continues to smolder. This is a concern because of low-level radioactive material that was disposed of at the adjacent West Lake Landfill in 1973.

For a full explainer, go here.

At the meeting, EPA officials told residents that a decision on a cleanup strategy is at least several months away.

The St. Louis Post-Dispatch has the story:

EPA officials say they have spent most of this year reviewing two documents prepared by the entities identified as “potentially responsible parties” ultimately liable for the site’s cleanup. Those entities include landfill operator, Republic Services; the U.S. Department of Energy; the energy corporation, Exelon, and its former subsidiary, Cotter Corp., a uranium mining company.

A revised version of one document — called a remedial investigation — aims to outline the site’s contamination, and was submitted to regulatory officials in June. Additional improvements have been requested by the EPA and other state and federal partners.

The other document — a final feasibility study — “evaluates the remedial alternatives that we are currently looking at and considering,” said Ben Washburn, an EPA Region 7 spokesman. The latest draft of the study was submitted to regulators in late August and is undergoing review.