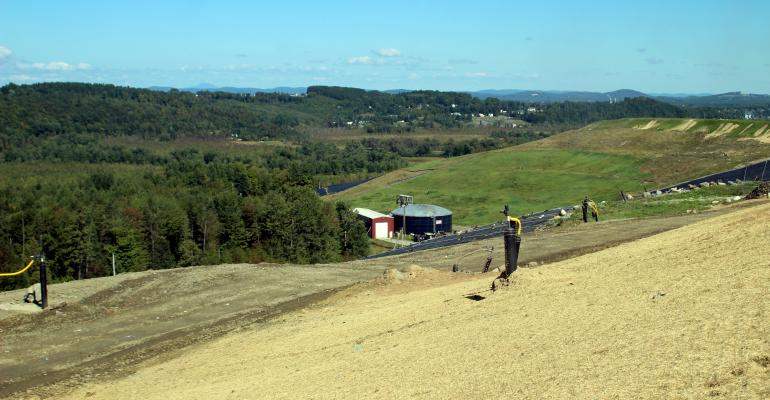 Environmental group DUMP has agreed to drop its appeal of the Coventry landfill’s solid waste permit.

Casella Waste Systems is one step closer to expanding its Coventry landfill in Vermont by 51 acres, expanding its life another 22 or so years.

Following about a year and a half of opposition from environmental group DUMP (an acronym for Don’t Undermine Memphremagog’s Purity) and some local residents, the company has reached a settlement with DUMP, which agreed to drop its appeal of the landfill’s solid waste permit.

The opposers initially expressed concerns that the state Agency of Natural Resources’ Department of Environmental Conservation did not adequately address concerns about water pollution, air pollution and traffic impact before issuing a final solid waste certification, according to a VTDigger.com report.

Now, in an effort to put those concerns to rest, Casella plans to place increased odor monitoring at the landfill and take other measures.

DUMP LLC — an acronym for Don’t Undermine Memphremagog’s Purity — reached a settlement agreement earlier this month with landfill owner Casella Waste Systems that will put in place increased odor monitoring and other measures. The parties filed a notice to dismiss the appeal in the Vermont Superior Court’s Environmental Division Monday.

The settlement agreement represents the latest development in almost a year and a half of opposition by some local residents and neighboring Canadians to Casella’s plan to expand the landfill by 51 acres.

“I think the outcome will benefit the public,” said Henry Coe, a Barton resident who has served as a coordinator of DUMP.