Labor Shortage Prompts Haulers to Think Outside the Box 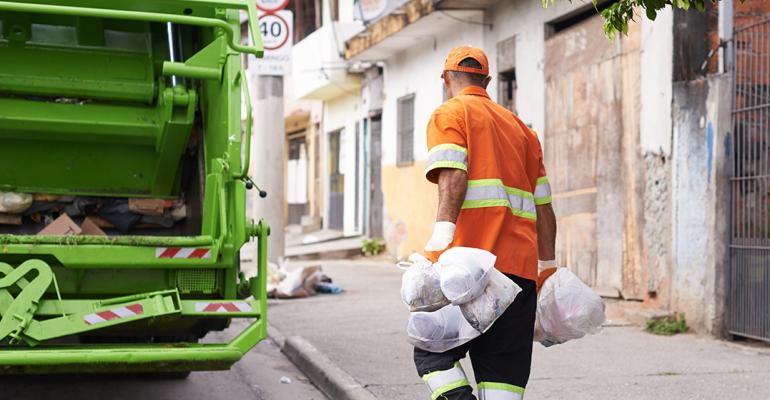 Though there is a general shortage of workers across the industry, filling positions for CDL drivers and technicians present the biggest challenges.

The growing labor shortage across the waste and recycling industry has caused some hiccups for collection services in some areas of the country.

Take Houston, for instance, where the city’s fleet management department has been forced to pull nearly three dozen collection trucks off the road due to maintenance problems. Many of the fleet’s aging trucks—some 15 years old—are in need of repairs, but there aren’t enough technicians on hand to fix them.

As a result, many residential trash and recycling bins are overflowing and have been sitting out for days, according to the Houston Chronicle. And because of the nationwide truck driver shortage, since mid-November, when collection delays really picked up in Houston, city sanitation employees have clocked in around $948,000 in overtime pay.

In order to keep up with their regular collection schedules during this shortage, haulers will have to think outside the box when it comes to recruiting new employees and retaining the talent they already have. Though there is a general shortage of applicants within the labor pool, filling positions for commercial driver’s license (CDL) drivers and technicians present the greatest challenges for waste and recycling companies.

“Finding people who are qualified is the biggest challenge,” he tells Waste360. “New York poses a problem in that so much of the work, mainly with the drivers and helpers, is done at night. So, while there is a truck driver shortage all over the country, now it’s compounded with the fact that you have to work at night in tough conditions.”

In an effort to fill some of the holes in its workforce, about 10 years ago, Action employed the services of New York-based Center for Employment Opportunities (CEO). CEO works to provide people returning from prison immediate paid employment, skills training and ongoing career support.

After overcoming the initial reluctance of hiring people who were formerly incarcerated, Bergamini says the company has had continued success with the program. Over the last decade, Action has hired around 140 to 150 people through CEO.

“We work with a few groups, but CEO was the one that rose to the top,” explains Bergamini. “We started out with a handful of people, and it worked as time went on. I define success as people who have stayed with us for a year or longer. Then, we got into a system where we would send some of our people over to CEO’s offices with the theory that the more people understood the job they were going to take, the more likely they would be successful. And it really developed from there. While I was the one pushing it in the company initially, soon lots of folks became champions of it because we did have that success.”

Moving forward, Action is also looking to pull the trigger on an apprentice program to train and onboard more technicians. However, Bergamini says he wishes he had more resources to train additional people, particularly since the job of a refuse truck technician has become more technical than ever.

Action has a refuse fleet of equipment ranging from brand new to 10 years old, and fixing those trucks is much different than it used to be. Technology has evolved to the point where the most important tool in a shop today is a laptop. Twenty or so years ago, haulers could hire self-taught mechanics who could come in and turn a wrench, but those days are coming to an end.

“We have technicians who have been with us 20 years; it’s tougher to find the younger people,” says Bergamini. “That’s another thing you worry about because the workforce is aging. We have a handful of people who retire every year. It really could be more of a problem in five-plus years. It’s really finding the new people; that’s the trick.”

Right now, Bergamini says Action could hire around a half dozen technicians a week, and the company is always looking for qualified drivers.

Safety and the Labor Pool

In December, the Bureau of Labor Statistics (BLS) published its annual review of fatal occupational injuries. BLS data shows that fatalities of all U.S. workers remained flat in 2017, and in the public and private waste and recycling industry, fatalities declined slightly from 31 in 2016 to 30 in 2017. However, the fatal work injury rate increased in 2017 from 34.1 to 35.0 per 100,000 full-time equivalent workers.

Despite the slight decrease in fatalities, the occupation of refuse and recyclable material collector remains the fifth most dangerous private sector job in the U.S. And statistics like that don’t exactly help an industry that is constantly in need of qualified workers.

To ramp up safety efforts for its operations, five years ago, Florida-based Waste Pro hired Robert Bourcheau to join the company’s safety department. Right off the bat, Bourcheau noticed the company needed a formal safety program.

“We were having accidents, and they were caused by basically new CDL drivers who were somewhat transient and hired off the road,” explains Bourcheau. “They didn’t have formal training with garbage trucks, which are different than other over-the-road trucks.”

Bourcheau also noticed that Waste Pro’s helpers knew the collection routes, trucks and company, but they didn’t have the proper license to operate the trucks.

“I felt why not get them in a position where they can get their license and we would have experienced people driving our garbage trucks,” he says.

Bourcheau also thought company helpers would end up having a higher retention rate at the company and would be less inclined to jump ship for a competitor offering more money. So, in 2015, Bourcheau started the company’s Co-Heart program to help qualified helpers become CDL drivers.

“The talent that we were looking for was right here in our own family with our helpers,” he says. “All we had to do was put a little investment in them.” 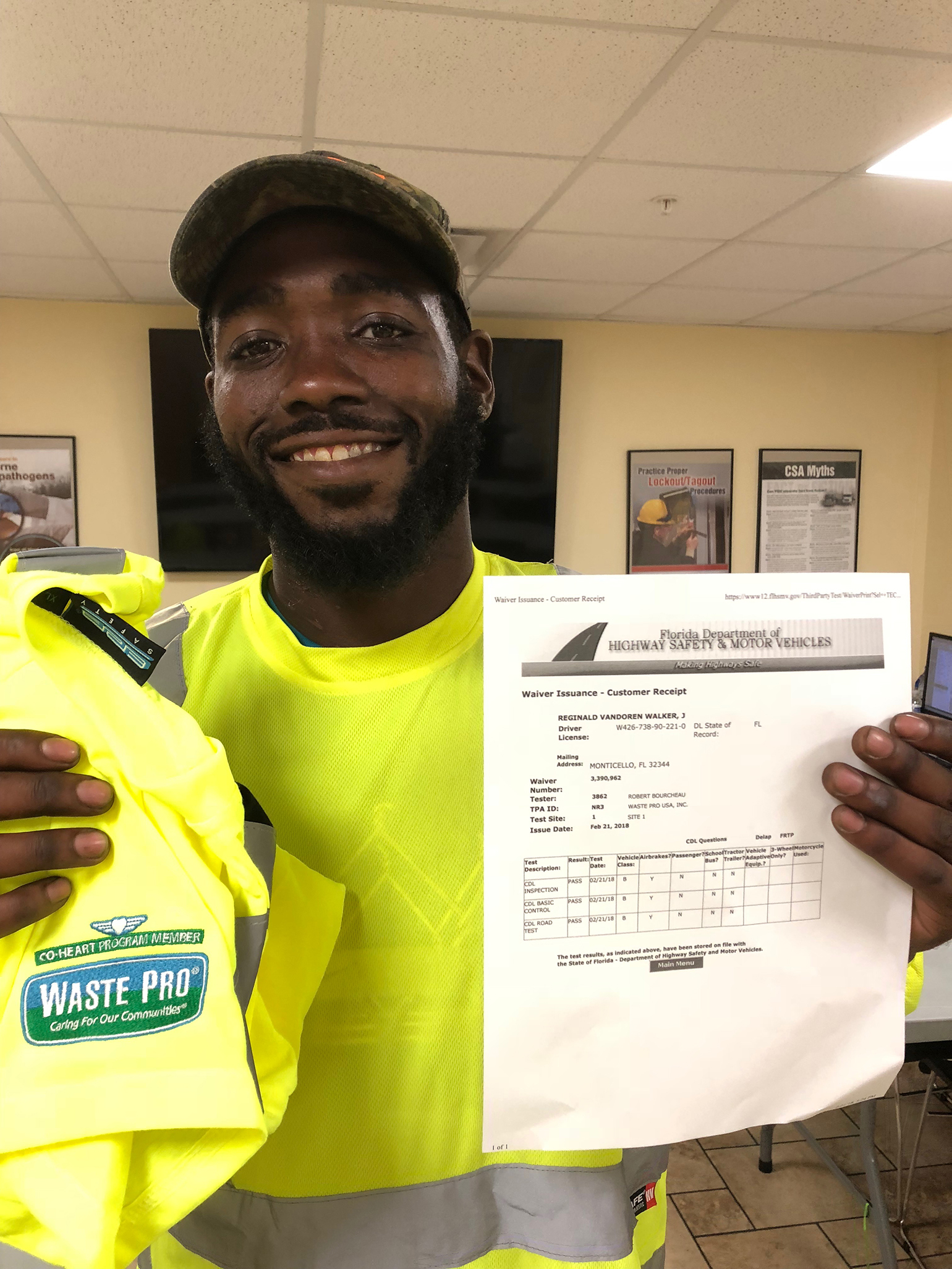 “Our one big payoff is the Co-Heart program and investing the time and money in those employees,” says Bourcheau, adding he developed the name of the program based on workers being the heart and soul of the company. “When people graduate from the program, it’s a bonding situation among the employee, the company and myself. The most advantageous thing is that they’re having fewer accidents and they are staying with us longer.”

At Action, Bergamini says once employees make it about a year with the company, they’re typically in for the long haul. The trouble is out of the gates, he explains, particularly with drivers.

“I think that people have a perception that it’s easier to do, and then they see that it’s hard work,” he points out. “It’s a reasonably well-paying job, and they think, ‘Sure I can do that.’ Then, they get in it and find it’s tough.”

When onboarding new or potential employees, Action shows them videos about the job, gives them tours of the facilities and tries to explain as much about the job as possible. The company also holds its own job fairs, attends other job fairs and pays its employees a $500 referral bonus for employees they refer who stay with the company at least six months.

“The more you know about a job going into it, the more likely you are to be successful,” notes Bergamini. “So, we spend time trying to do that, but unfortunately, there is only so much you can do. Ultimately, the person has to just get in there and do it. Sometimes you get someone in their first week and there might be bad weather, or something happens to turn them off, then they find another opportunity.”

When it comes to retention, Bergamini stresses that it really comes down to treating people with dignity and respect, proper training, fair compensation and listening to employees’ complaints and addressing their concerns.

Additionally, Action’s entire senior operations team is composed of former drivers, and many of the company’s former helpers are now drivers. Action has recently begun paying for helpers who are good employees and who have been with the company at least a year to obtain their CDL.

“We were reluctant about that at first because we could pay for them to get their CDL and they could end up going somewhere else. But we decided that it’s worth that risk,” explains Bergamini. “Last year, we probably had about eight or nine people who did that successfully.”

Action also holds contests and giveaways for employees, including a driver of the year award, where one driver receives a trip to Disney World with his or her family.

“We’d like to think that we have a good reputation here, so when folks have a choice between companies, they’ll want to come to yours,” says Bergamini. “You have to be very deliberate about that, it doesn’t happen by accident.”

“It might sound simple, but you have to appreciate people and show your appreciation,” he adds. “We try to get that across to the whole company. You have to convince your frontline people about this, too, because they are the ones interacting with the guys day in and day out.”

At Waste Pro, drivers who don’t have an accident in a year are refunded their $300 testing fee that they pay out of pocket for their CDL. In addition, if after three years drivers have perfect attendance and no accidents, they are awarded a $10,000 bonus, less taxes.

“They have a lot of incentives to stay with us and stay safe and have good attendance,” says Bourcheau. “It’s not a perfect world, but at least it’s the best we can do. 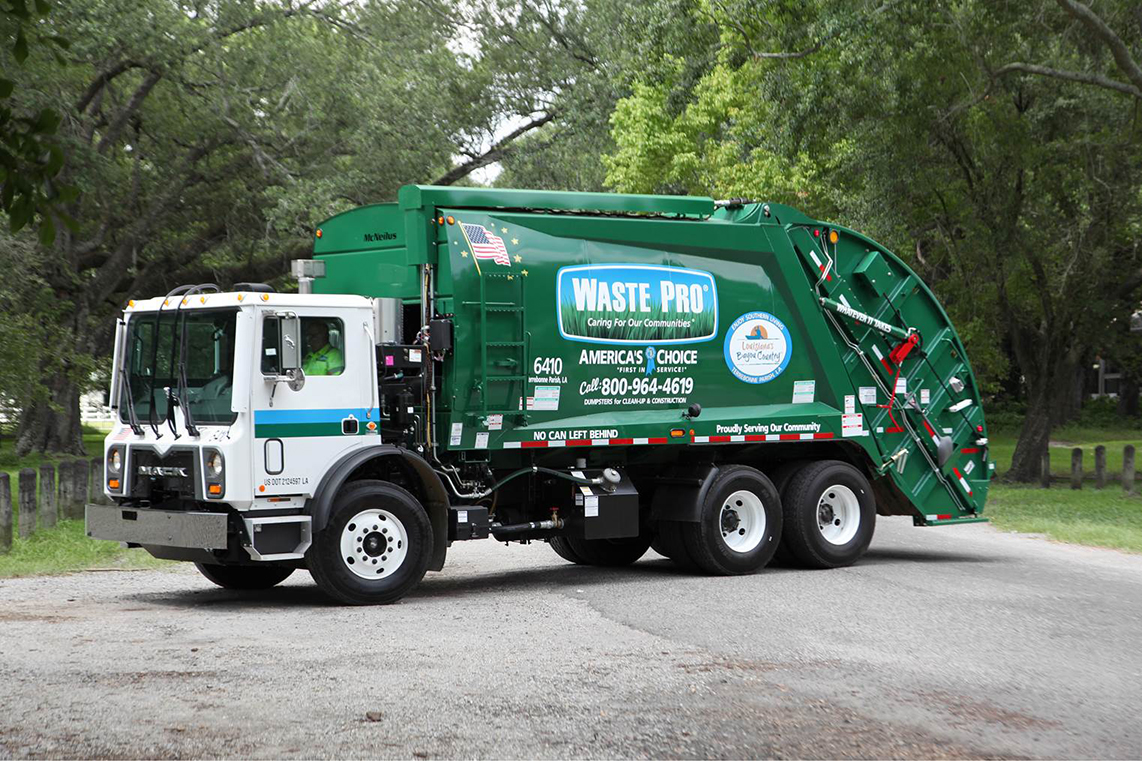 Some of the obstacles Waste Pro has run into come from state and federal regulations that have impacted CDL testing. For instance, the Department of Transportation’s Federal Motor Carrier Administration requires that CDL applicants take their written tests in English, which has been a limiting factor for employers.

Bourcheau says that regulations like this have “tightened the noose and really strangled the driver pool that was available before.”

Additionally, he explains, industrywide insurance requirements have changed. “Before 2019, we only needed liability insurance, but now they want liability and performance insurance,” he says. “It’s only going to get more and more competitive and more and more professional, and it will be based on safety performance because of the cost of insurance.”

Because of the tighter state and federal regulations and insurance requirements, Bourcheau explains Waste Pro isn’t really hiring helpers anymore. And the helpers that the company does hire must be qualified to become CDL drivers shortly after their hire date.