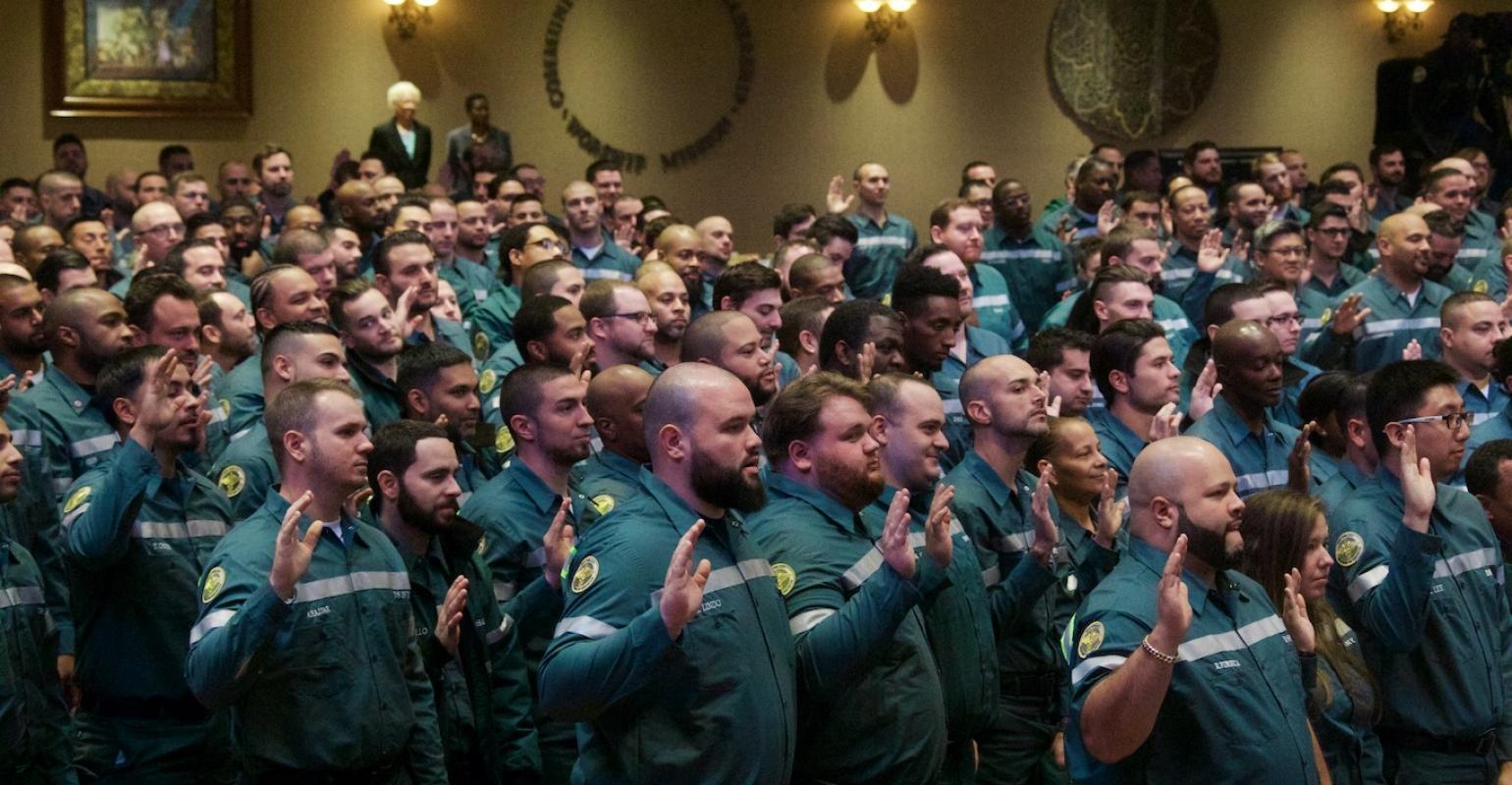 More than 600 sanitation employees were included in the event, as well as 450 newly graduated sanitation workers.

Father Michael Gribbon was given the oath of office and is the department’s newest chaplain. His father was a uniformed chief in the department in the 1970s. 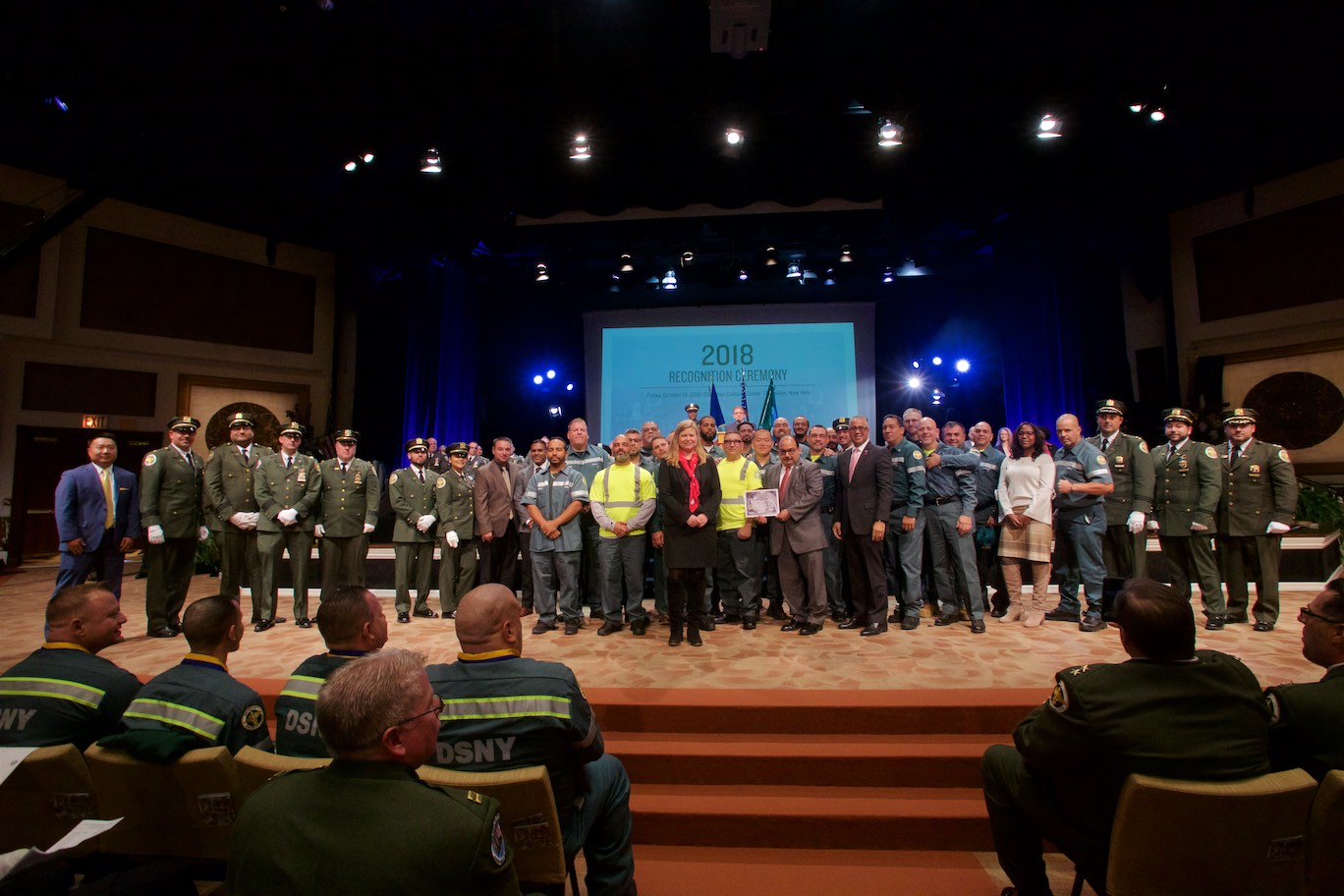 During the ceremony, DSNY also recognized acts of heroism and acknowledged workplace excellence. The 2018 Commissioner’s Awards of Excellence and Quarterly Award winners received certificates for their accomplishments and in specialized areas, such as innovation, safety, sustainability, managerial excellence and snow and emergency response. The department also presented the Humanitarian Award to the team of sanitation responders who went to Puerto Rico to help with disaster response following Hurricane Maria.

Finally, DSNY presented Medals of Valor to employees who went beyond the call of duty. Gold Medal of Valor awardees include:

The Silver Medal of Valor was presented to: