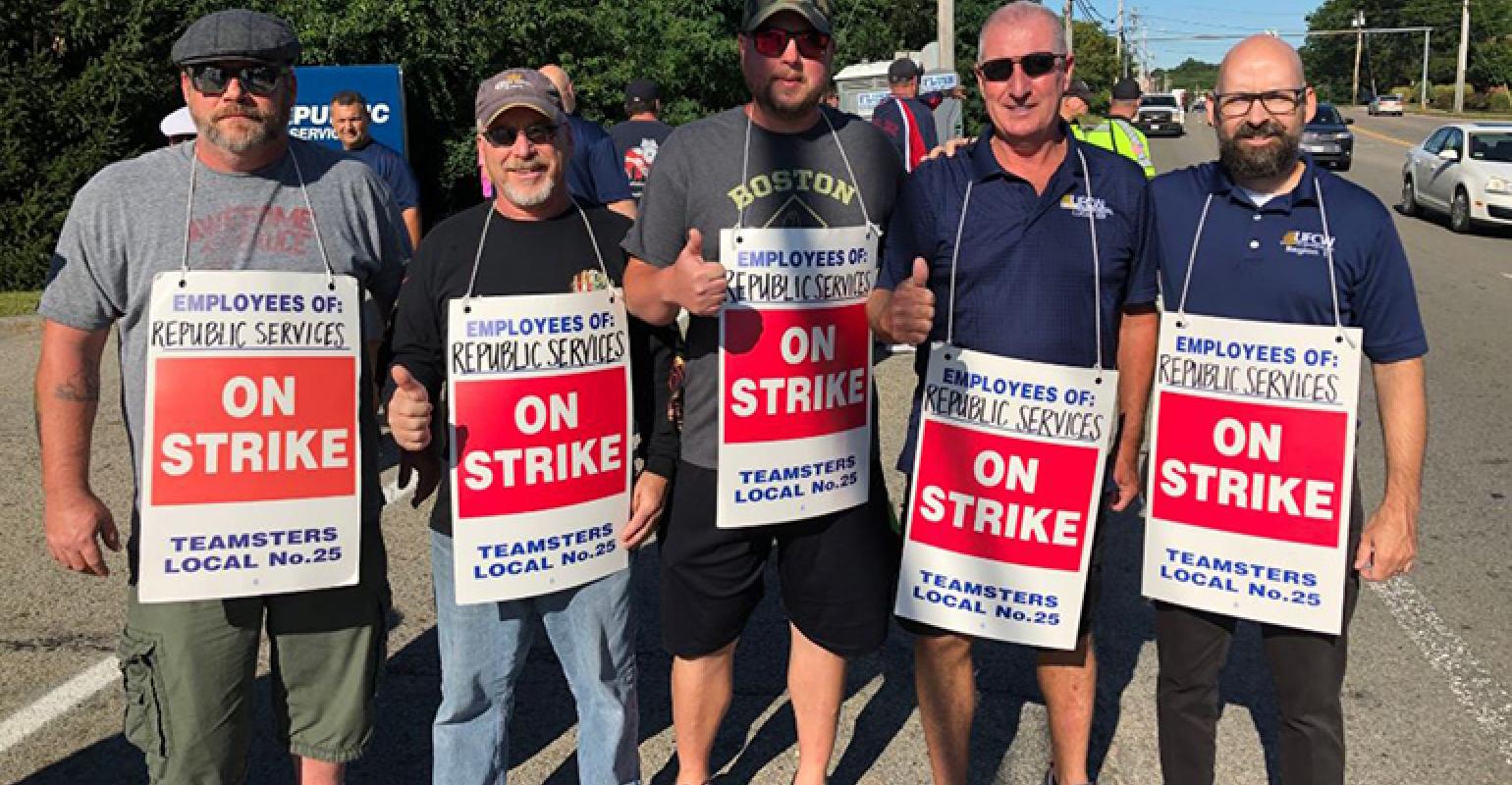 Republic Services of Marshfield stated it “is encouraged that Teamsters Local 25 has ended its strike, which ultimately targeted the communities we serve.”

After nearly three months on strike, sanitation workers for Republic Services in Marshfield, Mass., have ended their strike and quit their jobs, the Patriot Ledger reports.

The Boston-area workers first walked off the job in late August after Republic allegedly refused to provide them with what they refer to as a “livable wage.” According to the Patriot Ledger, the Teamsters Local 25 union announced that the workers will be given new jobs in Teamsters-covered industries.

During Republic’s Q3 2019 earnings call on October 30, Republic Services CEO Donald W. Slager addressed the strike in Marshfield, in which workers ended up extending their picket line to Seattle earlier. Slager explained during the call that the strike had been “incredibly narrow.”

“This is one business unit in the Northeast, and we are bargaining in good faith; our team is doing a great job. We hope to get back to work soon,” Slager said at the time. “There have been a couple of one-day strikes in a handful of markets, but the good news is customers are not disrupted. We are getting the recycling and garbage off the ground, given those minor disturbances. From a cost standpoint, it has been nominal for the quarter.”

On November 21, Republic Services released the following statement on the latest development:

Republic Services of Marshfield is encouraged that Teamsters Local 25 has ended its strike, which ultimately targeted the communities we serve. We will share more information when it is available.

After 84 days on the picket line, trash collection drivers in Marshfield ended their strike and quit their jobs with Republic Services on Wednesday morning.

Teamsters Local 25, the union representing the drivers, said the workers will be given new jobs in “Teamster-covered industries” with union pensions and benefits.

In a statement posted to Facebook on Wednesday, Teamsters Local 25 President Sean O’Brien praised the drivers and called the strike “just one battle in a long war that we will win.”