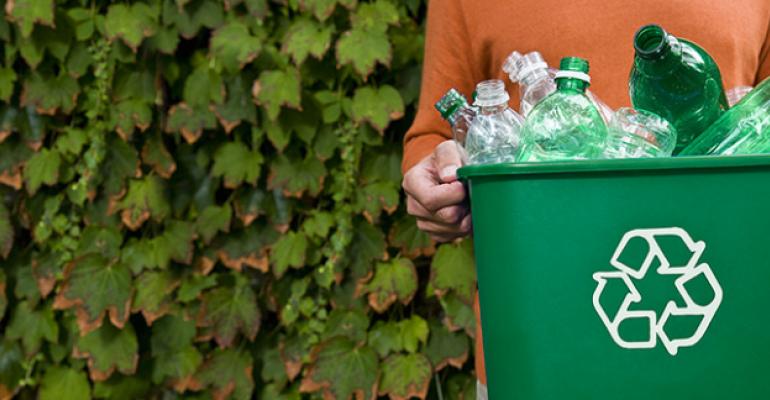 In Manchester, the two is expected to receive a recycling rebate of $18,277 from the Connecticut Resources Recovery Authority, according to a report from The Courant.

The rebate to Manchester and other communities from CRRA's Mid-Connecticut Project covered July 1 through Nov. 15, 2012, when the project expired. At $10 per ton of recyclables, CRRA was to pay out a total of $337,258 in rebates, the agency said.

In a ratio of recyclables to trash delivered to CRRA, Cornwall was the leading recycler at 25.83 percent of its waste stream. Manchester recycled 12.37 percent, which was above the average of 11.12 percent, according to the CRRA.

Since the town switched to single-stream recycling in fiscal year 2009-10, the residential recycling rate has been 24 percent to 28.5 percent, Parker said. Also, he said, the town has a much better deal with its current recycling contractor.

While CRRA could not guarantee a recycling rebate, Parker said, Murphy Road offered a firm $22.50 for each ton, more than double CRRA's latest rebate level. The deal promises to save taxpayers about $500,000 over three years, town officials have said.

Meanwhile, in Adams County, a pilot program that is starting in April will bring recycling to 500 households, according to the Natchez Democrat.