Bill seeks to create financial disincentive for Canadian trash to be landfilled in United States. 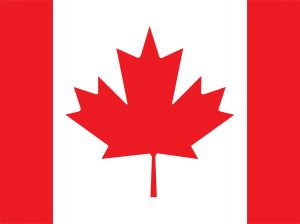 After a period of relative quiet in the Michigan-Canada trash wars, tensions have resurfaced. Seeking to stop the flow of what she calls dangerous Canadian solid waste into Michigan landfills, U.S. Senator Debbie Stabenow, D-Mich., has introduced the Stop Canadian Trash Act (S.840). At least one solid waste trade association says it adamantly opposes the bill.

The bill would require each truck carrying solid waste from Canada into the United States to pay a $500 fee before crossing the border. The fee would give the Department of Homeland Security the resources to examine every truck carrying Canadian trash and also would provide a financial disincentive for companies to export the waste from Canada to the United States, Stabenow says.

Her office says waste-carrying trucks crossing into the United States from Canada currently pay a $5 fee and that only 1 percent of the vehicles are screened by border agents.

“Canadian trash poses serious health, safety and security threats to Michigan families and communities,” Stabenow said in a statement announcing her legislation. “[U.S. Senator Carl] Levin [D-Mich.] and I were able to stop Ontario’s city waste from being dumped in our backyard, but now it’s time to stop the rest of the trash coming across the border.”

About eight years ago, following the close of the city of Toronto’s landfill, Toronto and a few other local governments in Ontario began shipping the waste that they collected, which was largely residential waste, to Michigan landfills. The shipments quickly proved wildly unpopular with the state’s residents and politicians. In 2006, Stabenow and Levin reached an agreement with Ontario officials in which the officials pledged to end their trash exports to Michigan by the end of 2010, which they did. Before the agreement, Ontario’s local governments shipped about 1.5 million tons a year to Michigan landfills, according to Stabenow.

Stabenow says her new legislation is aimed at waste that is generated by Canadian commercial properties and collected by private waste haulers and then transported to Michigan; approximately 3.7 million tons of this waste reach the state each year, according to her office. Approximately 90 percent of the waste is deposited in the Carleton Farms landfill in Wayne County, the Pine Tree Acres landfill in Macomb County and the Brent Run landfill in Genesee County, Stabenow’s office says; the disposal sites are owned by Republic Services, Waste Management and Waste Connections, respectively.

Her claims about the risks posed by Canadian trash are “totally specious,” Parker adds. He cites a 2003 Michigan Department of Environmental Quality report that shows that Canadian waste sent to Michigan landfills had less prohibited waste and fewer recyclables than trash generated in the state.

Parker also says the bill would violate a series of trade acts, including the North American Free Trade Agreement. “I don’t think [the legislation] has a good chance of being enacted,” he says. “But we have to be careful that it’s not attached as a rider in some other bill.”

John Skinner, executive director and CEO of the Silver Spring, Md.-based Solid Waste Association of North America (SWANA), which represents the public waste sector, stopped short of saying his organization opposes Stabenow’s bill. “I wouldn’t go that far at this point,” he says. “There may be a border security issue here that we have not considered before.”

But as a general rule, SWANA “supports free movement of solid waste as an article of commerce across jurisdictional border irrespective of origin,” Skinner says.