A variety of factors can impact a city&rsquo;s ability to offer household hazardous waste disposal services.

CORRECTION: June Cantor was erroneously identified as June Santor in the original version of this article.

Household hazardous waste programs can vary as much as the materials they take in. They range from one-day drop-off events to permanent facilities that operate six days a week. And community size doesn’t matter; a small district might operate a full-time facility while a big city relies on events. Perhaps unsurprisingly, a lot depends on the community served and political will.

It’s hard to nail down concrete data on household hazardous waste (HHW) programs and how they’re trending in the United States, says Victoria Hodge, HHW program supervisor in Denton, Texas, and vice president of the Westminster, Colo.-based North America Hazardous Materials Management Association (NAHMMA). NAHMMA has about 450 members comprising municipal and private waste handlers. She doesn’t know of any programs that have shut down, but notes that the budget constraints facing many of the nation’s communities represent the main challenge for HHW program managers. 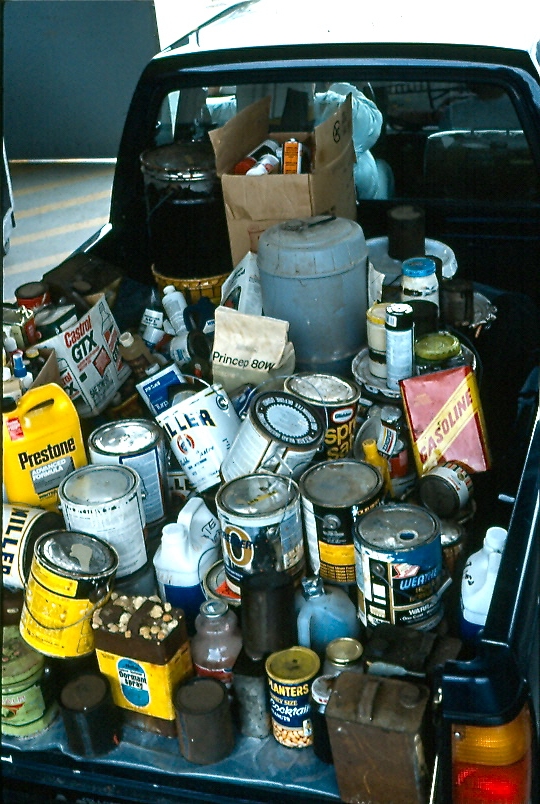 “Citizens keep asking for this service,” Hodge says. “Cities are trying to stay within budgets and listen to citizens and their needs.”

Yet HHW program popularity with residents is growing. In Minnesota’s Scott County, outside of the Twin Cities, the number of participants has increased from less than 1,000 in 1992 to nearly 8,000 in 2011, says Greg Boe, household hazardous program manager with the Scott County Environmental Health Department in Shakopee, Minn. In Philadelphia, the number of cars visiting the dedicated HHW facility grew from 2,700 in fiscal year 2002 to about 4,500 in fiscal year 2012, according to June Cantor, public relations specialist with the Philadelphia Streets Department, in an e-mail. The city collects about 250,000 to 300,000 pounds of material annually.

Denton offers what it calls a Home Chemical Collection program, which enables residents to call the city and have their HHW picked up along with other regular curbside collection. The city will collect a wide array of chemicals as well as solid items like batteries and compact fluorescent (CFL) bulbs. Hodge says there are similar programs in other Texas cities, including Plano and Allen. “Residents know it’s there,” she says of the pickup programs. “They don’t have to collect and hoard. They can get rid of it when they need to.”

Denton, a fast-growing city of 125,000 north of Dallas, also operates a reuse store where workers pick out reusable products and residents are free to take home up to six items. 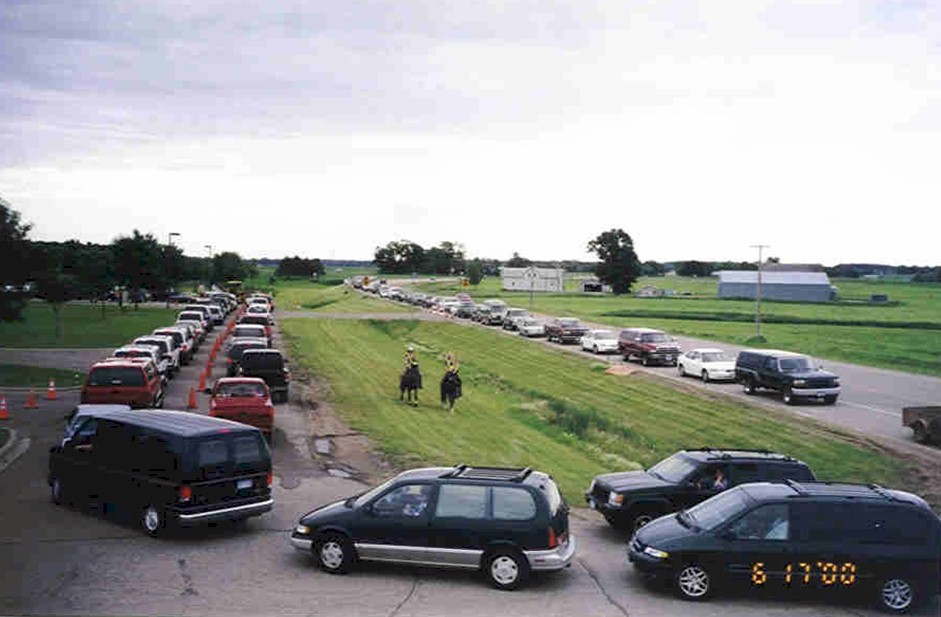 In the Northwest, Jim Quinn is hazardous waste program manager for Metro Portland (Ore.), which encompasses 24 suburban cities as well for a population reach of 1.4 million and 60,000 household customers. One of the bigger programs in existence, Quinn says operations include two year-round facilities that operate six days a week, as well as 35 one-day collection events.

One of the Portland program’s features is the PaintCare program, funded by paint producers, which includes 100 collection points around the city where paint is gathered for free. Metro Portland has operated a paint recycling program for 20 years and developed markets generating almost $1 million in revenue. But now with PaintCare paying Portland for the paint, “for the first time ever we’re totally in the black,” Quinn says.

In the Midwest, Minnesota’s Scott County serves a population of 130,000 that mixes urban sprawl with rural residents, Boe says. The Scott County HHW center is open year round.

One of the benefits for Boe’s operation is that the state contracts for the hazardous waste processing. “Each program doesn’t have to look for pricing in Minnesota,” Boe says. “All hazardous waste companies are very interested because the volumes are huge, so prices are competitive. Otherwise, smaller counties would have to pay more on their own.”

Searching for the Financial Will

But while many HHW programs are finding their way, there are plenty of challenges. And most agree that the biggest is budget constraints. 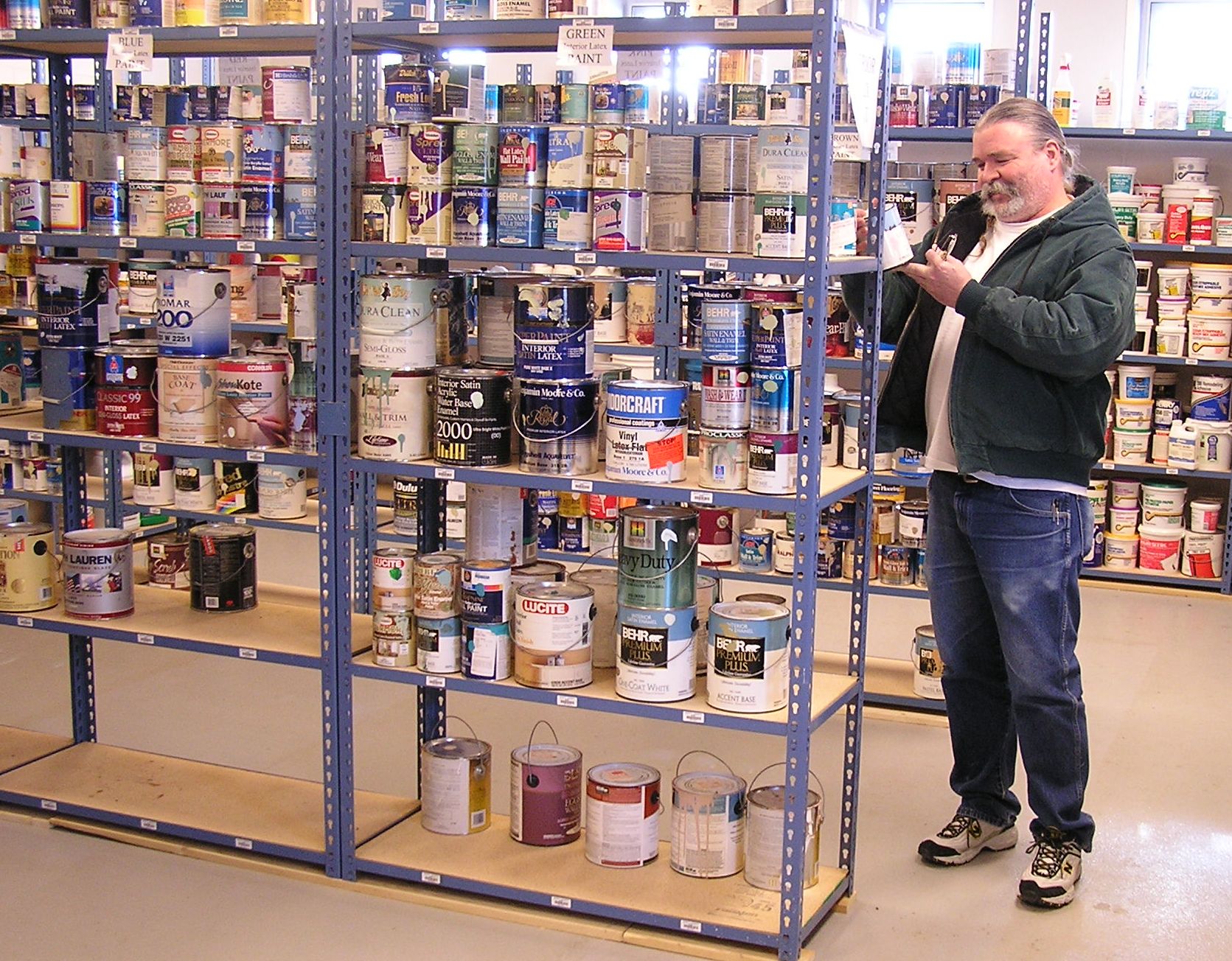 Quinn says that while he believes his operation does a good job of collecting the HHW, volumes keep building up. “To get close to 100 percent [collection], it’s just too much with the financial challenges,” he says. Boe agrees, noting that there’s a big emphasis with HHW programs to do more with less.

Quinn says that after something of an explosion of HHW programs a few years ago, the pace has slowed down. “It hasn’t been a priority in the current economic climate,” he says. “There are other priorities, and in some cases not much concern for the environment. Some don’t have the political will that other places do.”

But it requires more than just attitude, Hodge says. “You have to have the will, but also the money and the infrastructure to do it. Everybody has to be on board. They have to be willing to budget for it.”

Boe considers his program fortunate in that it has government support. “It makes all the difference in the world,” he says. “Any new HHW program should take the time to work with their board or council members to help them understand the importance of proper HHW management.”

The Need for Manufacturer Help

A big part of the solution for Quinn is product stewardship. Oregon is the first state with a paint producer responsibility law, which brought in PaintCare, a non-profit operation created by the American Coatings Association in cooperation with the state. “Why should government shell out the millions of dollars and get half the waste that’s out there?” he asks. PaintCare now takes care of disposal costs. “We think that’s the way all other products should go.”

Hodge also is pushing for product stewardship. “Nobody wants big government, so we’re looking at how to get manufacturers to take care of these end-products that are wasteful.”

Quinn doesn’t believe producer responsibility should put HHW programs out of business; existing operations could be incorporated into the system.

Finances connect to education, Boe says, which is an important part of HHW programs. If citizens manage their household hazardous waste better the government won’t have to spend more tax dollars to deal with any material mismanagement, he argues.

And education also involves teaching residents about safety concerns. “People think it’s only household products,” says Boe. “But they really are quite dangerous in their own way.”

The education extends to the program itself and its visibility. Hodge said Denton markets its program in ads and at festivals, and she still has people tell her they didn’t know the program existed.

A lot of residents bring in HHW that’s old and without labels. “We don’t want to turn them away since they have a hazardous material,” Hodge says. “Those unknowns, we have to test it, figure out what it is before we can properly dispose of it.”

Boe sees this in the dichotomy of his customers. The suburban residents expect a higher level of service than the rural customers because they’re used to it, and they bring newer products. The rural customers bring more agricultural pesticides after “cleaning out grandpa’s barn of 50 years of chemicals” that tend to have illegible labels. 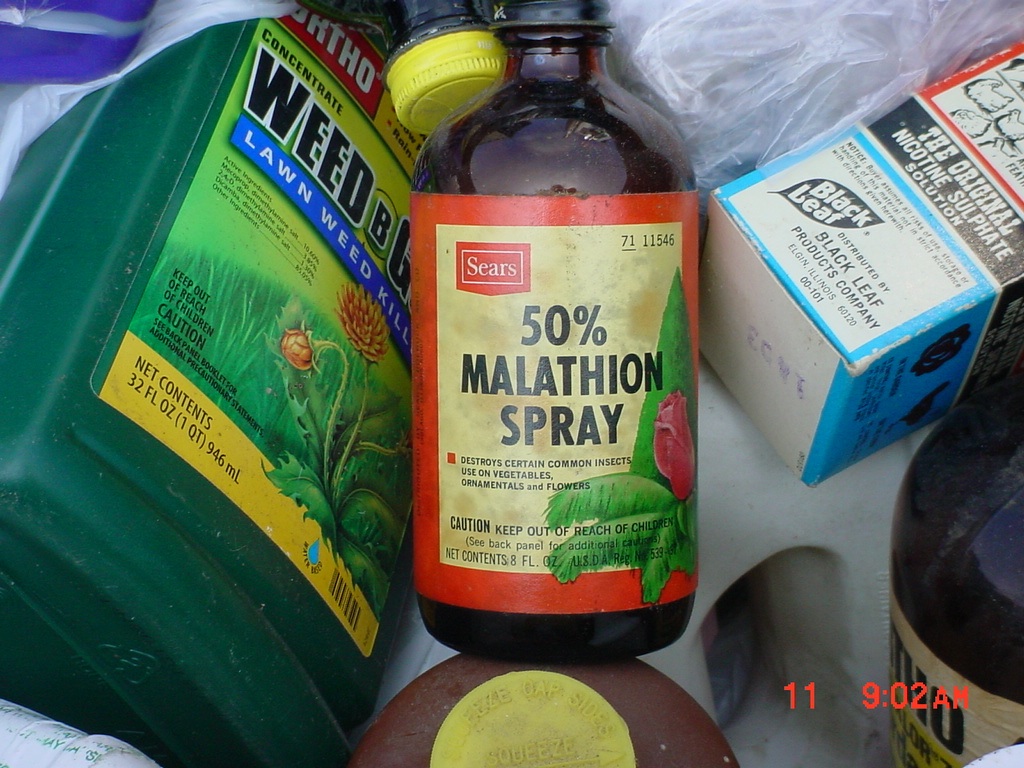 Quinn says the Portland program takes in materials that others turn away. Over the years this has included explosives, radioactive materials, asbestos and compressed gas cylinders. “Anything, sooner or later, someone’s going to have it in their home and you’re going to have to do something with it.”

Paint has been and continues to be the number one U.S. HHW item by far. But while the volumes of standard household chemicals have more or less remained steady residents have lately been dropping off certain products in higher volumes. In Philadelphia, Cantor says the amount of computers and televisions totaled 320,000 pounds in the city’s 2012 fiscal year. Compare that to 2003, when the city took in 10,000 pounds of computers. Boe says Scott County doubled its electronics collection in 2011 compared with the previous year.

Residents increasingly want HHW programs to handle pharmaceuticals. Hodge says Denton has done four drug take back programs and recently established a drop-off kiosk at a local police station. She placed it there so that if the medication in question is a controlled substance no one’s breaking the law by possessing it or receiving it. Cantor says Philadelphia is looking into prescription drug handling “because managing medical waste is an area most HHW contractors do not have training and experience to handle.” Hodge says Denton also is looking into taking on sharps disposal due to increasing resident requests for it.

Don’t Rain on My HHW Parade

Where it can be funded, a regular HHW program is far more effective than collection events alone, the managers agree. Boe has experienced both, having run one-day efforts for nine years before Scott County’s permanent facility opened. He says it’s a lot more expensive to operate a mobile collection event that you spend a lot of time setting up and tearing down. The cost per participant is higher. Events also are vulnerable to the weather. “You plan months in advance for that date, and you get a lousy day, you won’t get a lot of people there.”

Regardless of how many residents turn out, the materials still have to be processed. Hodge says at the Denton operation workers separate the items, recycle what they can and have disposal contracts for what they can’t. Quinn says much of the material from the Portland operation ends up in cement kilns used as an energy source. With its vendors, “We give a preference to recycling through the contracting process.”

Boe says Scott County has partnered with retailers to serve as drop-off points for hazardous light bulbs such as CFLs. “Participants don’t have to drive out for a couple of bulbs, and businesses get an uptick in business.” 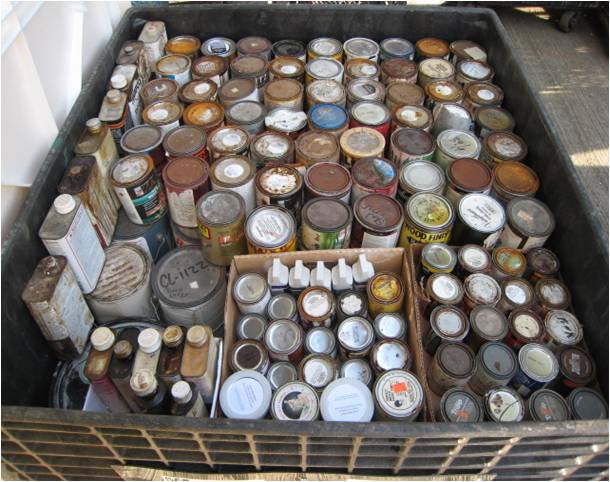 HHW programs largely don’t have to worry about regulatory issues. But Quinn says that still can present another challenge for programs, because businesses and households are regulated differently, and sometimes that line can be blurry, as with a business operating from home for example.

Help for HHW program managers can come from the hazardous materials association, NAHMMA. Hodge says the association provides specialized training for managers such as learning how to design a facility and how to test unclassified chemicals.

And NAHMMA can help with education issues, such as helping consumers to not overbuy on paint in the first place.

But the managers find people generally willing to learn. “Our population is definitely environmentally motivated,” Portland’s Quinn says. “They want to do the right thing.” Boe says Scott County has begun charging for more recently added items such as electronics to cover costs. Residents usually don’t object. “People are just glad to have an option to manage those materials,” he says, “which is exactly what we hoped for. “

Boe believes HHW programs are here to stay. He estimates that the Scott County program serves perhaps 20 percent of the households in a year. “Some people haven’t heard of it or just moved there; there’s always more people to reach through education,” he says. Programs may change a bit in the future, such as more public-private cooperatives, but the basic need remains.

Quinn sees programs moving more to addressing the whole lifespan of a household product.  “People talk about the end of life, but we also need to focus on the rest of the cycle, educate consumers about what they buy, manufacturers about what they make,” he says.

But the HHW managers remain the product end-of-life experts. “We’re the ones that are going to handle it and do the right thing with it – recycle it.”