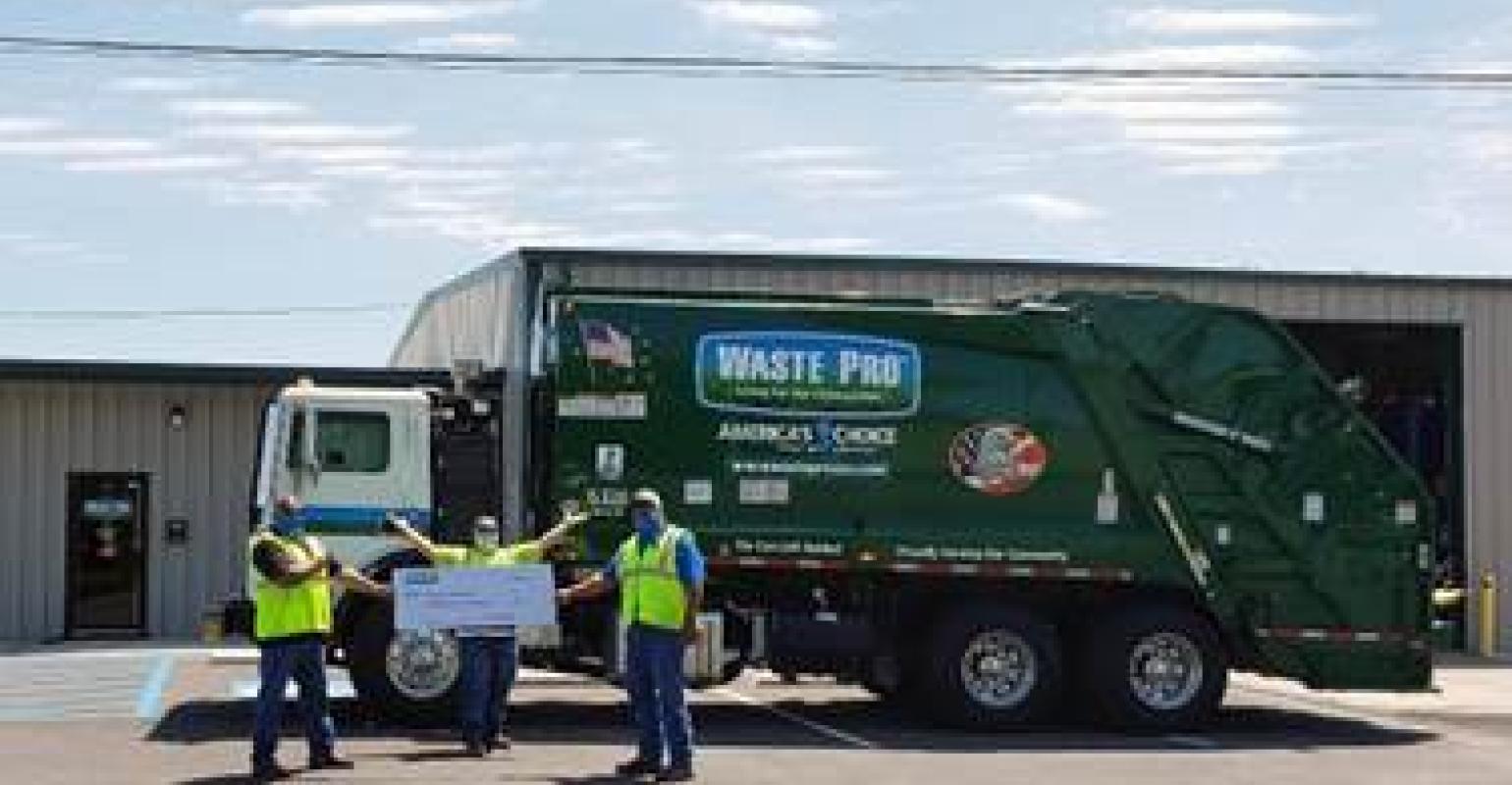 Deanna Defelippo, Nelson Ross, Ray Wise, and Steven Hopson were presented with their big checks on April 22. For Ross, this is his third time earning the award since joining Waste Pro in 2005. This is the second award for Defelippo; she was the Division’s first female driver to earn the award in 2017.

According to the Bureau of Labor Statistics, solid waste collection is one of the top five most dangerous jobs in the United States. In 2017, BLS data showed the fatality rate for solid waste collectors was 10 times that of the national average. As a result, Waste Pro established the $10,000 Safety Award Program in 2004 as an incentive for drivers to strive for safety day in and day out. Since the program’s establishment, nearly five million dollars has been awarded to drivers who have earned it.

The $10,000 Safety Award is given to drivers who go three years without accidents, injuries, or property damage, maintain a positive attitude, have a strong attendance record, and keep a well-kept truck.