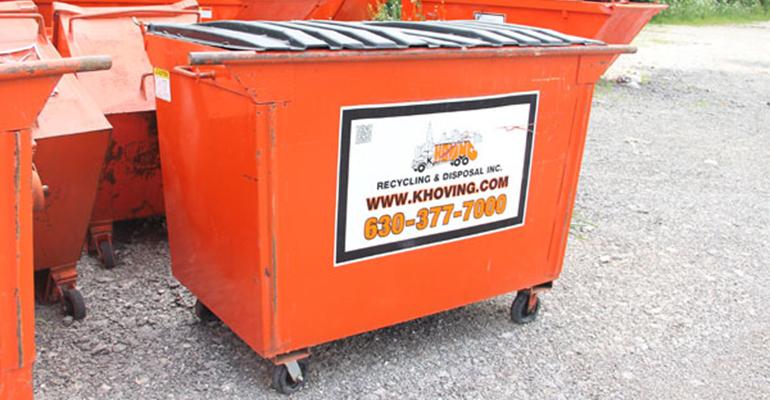 In separate deals, Waste Connections and Lakeshore Recycling Systems bolstered their positions in the state.

Two mergers in 24 hours could change the shape of the private solid waste hauling market in Chicago and the surrounding regions.

The deal was reportedly worth between $375 million and $400 million.

“Between Groot and the Rock River companies that we acquired in October 2015, we are comfortably the largest company west and north of the City of Chicago,” says Waste Connections CEO Ron Mittelstaedt. “This acquisition allows us to integrate our two landfills that we acquired during the Rock River transaction with Groot’s six transfer stations and collection network.”

That news was quickly followed Wednesday morning with the announcement that Lakeshore Recycling Systems (LRS) had acquired K. Hoving Companies, a full-service waste management, recycling and dumpster rental company based in West Chicago.

As a result of the acquisition, LRS says it is now Illinois' largest private waste company and expands its system-wide services to include street sweeping and portable restrooms as part of a new Temporary Services Division. Financial terms were not disclosed and the acquisition is effective immediately.

“This acquisition allows us to push the western and southwestern boundaries of our current territory, which is where we had a decent-sized gap,” says LRS CEO Alan T. Handley. “Besides growing our geographic footprint, the deal has provided us with services that we didn’t offer before and a strong management team.”

Lakeshore ranked 35th on the 2016 Waste360 Top 100. The firm posted $115.2 million in revenue in 2015 and projected its 2016 revenue would hit $135 million. Last August, the company secured a five-year residential waste and recycling contract with the City of Wheaton, Ill.

"This milestone acquisition strengthens the LRS operations and service footprint in DuPage County, and positions us well for continued growth in the competitive Chicagoland waste and recycling market," Handley said in a statement. "LRS and K. Hoving employees are passionate about fostering innovative solutions that fuel the circular economy, and I personally welcome all K. Hoving employees and customers to the LRS family."

K. Hoving Companies has a footprint in DuPage County and throughout the greater Chicagoland area. LRS also said that K. Hoving Companies operates the only recycling facility in Chicago that is nationally certified by the Recycling Certification Institute.

“We are very excited about the portable toilets services because that is an area that we have been talking about entering into for some time,” says Handley. “We have large commercial accounts, and at the end of the day, it ties in nicely with our existing portfolio of clients and other service offerings. There aren’t a lot of players left in the portable toilets sector in Chicago, and I think that there is an opportunity for us to be disruptive in that space.”

With the addition of K. Hoving Companies, LRS now operates seven materials recovery facilities throughout the Midwest, increasing annual revenues to nearly $170 million and its workforce to more than 720 full-time employees. The combined companies will now control nearly 20 percent of Chicagoland roll-off market and will be the second largest portable toilet business in Illinois. Further, the acquisition increases the amount of inbound waste under its control to nearly 2.2 million tons per year.

"The combination of K. Hoving and LRS is in the best long-term interest of our customers and employees, and we are thrilled to join LRS in expanding both our service offerings and operations capacity to accommodate our growing customer base," Hoving said in a statement.