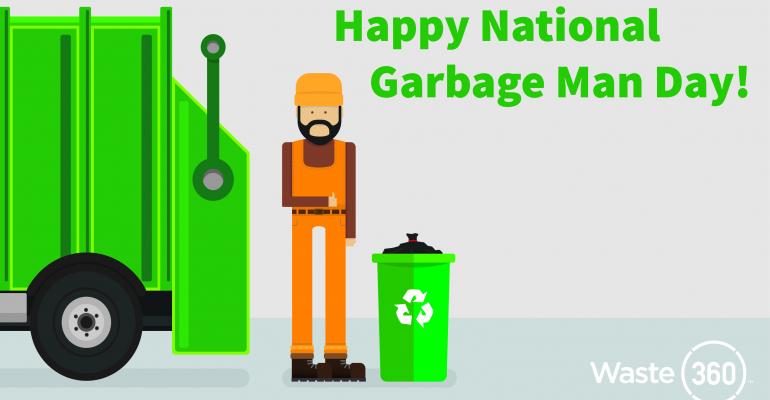 The founder of National Garbage Man Day has seen appreciation efforts grow over the years; however, he’d like to see more initiatives adopted.

National Garbage Man Day officially got its start in 2012 to show appreciation for the hardworking men and women in the trenches of the waste and recycling industry. Over the past seven years, John Arwood, founder of National Garbage Man Day, has seen appreciation efforts grow; however, he’d like to see more initiatives adopted across the industry and among the general public. 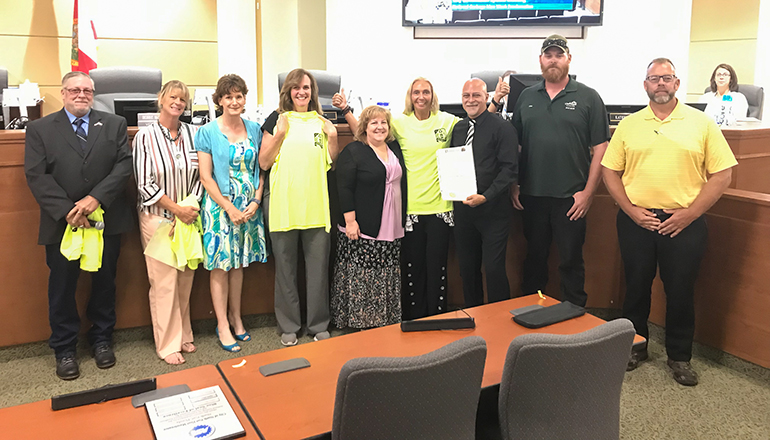 “What’s good about the proclamation is that it alerts media outlets to inform residents and business owners to go out and thank the people who collect your waste,” says Arwood. 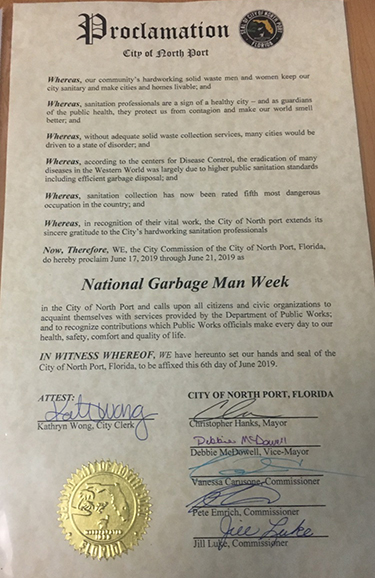 Arwood also has been working to obtain a U.S. Postal stamp for the waste industry, and he is working with communities around the country to recognize the men and women on the front lines of the waste industry as first responders.

“We got the first steps of approval and received a letter from postmaster general,” he says. “That is huge to me. It shows that people are speaking out and understanding the need and value of someone in the waste industry.”

Additionally, Arwood has been in contact with several departments across the country about having garbage men listed as first responders, like police officers, firemen and paramedics. So far, he says, everyone he’s spoken to has been receptive to the idea.

“I explain to them that when there is a hurricane, the first responder is usually a waste company that removes the debris, so the police and fire departments can get down the roads,” says Arwood. “Waste companies are constantly out helping the police when they are needed. Garbage truck drivers are entrenched in the communities they serve, and they see things.”

As a theme for this year’s National Garbage Man Day, Arwood is calling on leadership at waste and recycling companies to do something for their employees.

“Do something small, and show them that you appreciate them,” he says. “They’re out there working in all the elements, and it’s one of the most dangerous jobs on the planet. Thank them. At the end of the day, when they get rewarded for being out there, it’s going to do nothing but help.”

He also is working to help revolutionize Slow Down to Get Around legislation across the U.S. Arwood believes that the legislation is not only for the safety of refuse truck drivers and helpers but for the residents and communities they serve as well.

Young children often run out to wave to garbage truck drivers as they make their rounds, and a motorist speeding past a garbage truck could not only crash into the truck or a helper but could hit a child.

“That law is more known within the industry, but it’s also a good law for innocent bystanders waiting for the garbage man or running out to take out a bag of garbage they forgot to put out,” he explains.

“As distracted driving increases, we need to spread the word about these laws and the risks our workers face every day,” says Sander. “We ask all Americans to think about the hard work our industry does to protect public health and thank a waste and recycling worker on National Garbage Man Day (June 17).” 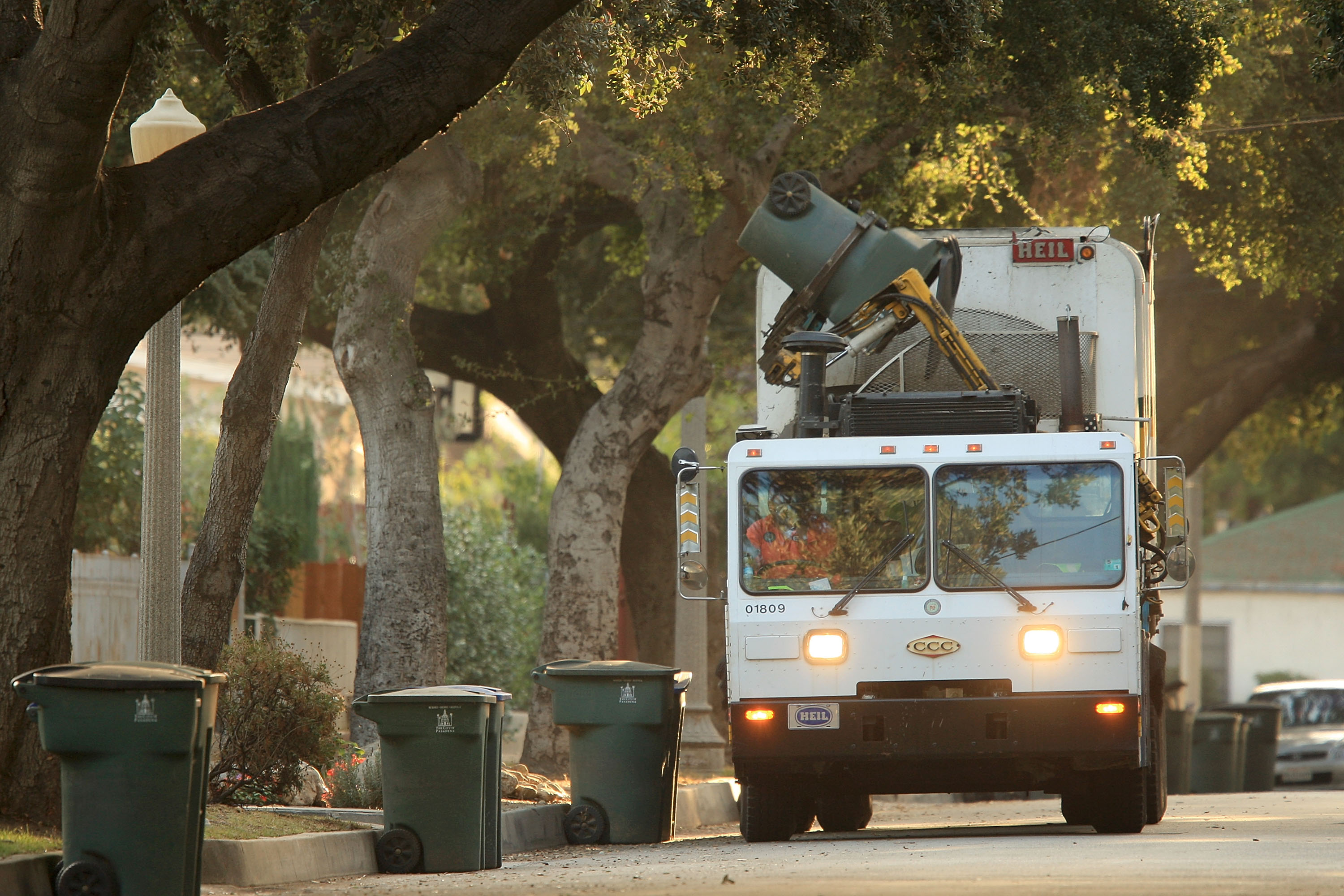 Arwood says he has teamed up with the Solid Waste Association of North America (SWANA) regarding several initiatives, including Slow Down to Get Around and obtaining a U.S. postal stamp for the waste industry.

“SWANA is very pleased to be partnering with them on safety issues generally and promoting Slow Down to Get Around in particular,” says David Biderman, SWANA’s CEO and executive director. “They provide another channel for communicating best practices, safety data and changes to applicable regulations.”

Moving forward, Arwood explains that he hopes the industry’s perception in the eyes of Hollywood and pop culture change. He feels that garbage truck drivers are either perceived as deceptive or “goofy” in popular movies and TV shows.

“If you see somebody in a garbage truck, I would like for them to be looked at as a policeman and fireman rather than Hollywood making them look goofy and ignorant,” emphasizes Arwood. “If it wasn’t for the people in waste vehicles picking up trash, there would be epidemics.”

In an effort to promote a positive perception of the men and women who collect trash, Arwood has begun work to build parks highlighting the work and importance of the waste industry. The goal, he says, is to have a waste industry-themed park in every city across the U.S.

Arwood’s idea stemmed from a waste and recycling-themed park in the U.K. that educates the public about recycling and safety in the waste industry. Now, he is working with the city of Jacksonville, Fla., to build the first National Garbage Man Day city park in the U.S.

After much deliberation, next year and moving forward, National Garbage Man Day will be renamed Waste & Recycling Workers Day.