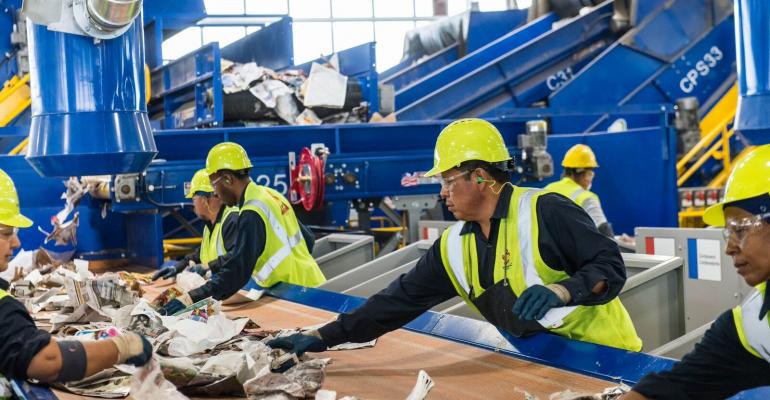 Republic Services Inc. released its newest Sustainability Report, which details advancements the company has made in areas such as fuel efficiency and use of renewable fuel sources, emissions reductions, improvements in recycling and other operational highlights.

“Our customers count on us for simple solutions, the highest reliability and environmental responsibility,” Republic President and CEO Don Slager said in a statement. “Whether it’s helping a customer turn an idea into a sustainable program in Alabama, converting brownfields in Massachusetts into sources for renewable energy or recovering value from exploration and production waste in Texas, we’re enabling greater resourcefulness across America. We’re proud to lead by example, doing what’s best for our customers and our Blue Planet.

Republic’s efforts will be boosted by its proposed acquisition of ReCommunity Holdings II Inc., an independent recycling-processing company with 26 recycling centers in 14 states. That deal was announced last week.

The company also posted revenues of $2.53 billion in the second quarter—up from $2.35 billion in the same period a year ago. Total revenue increased 7.5 percent over the prior year, the company's highest level of growth in more than eight years.

Republic received notable recognitions by third parties for its sustainability achievements, earning a place on both the Dow Jones Sustainability – North America and World – Indices and the CDP (Carbon Disclosure Project) Climate A List and Supplier Climate A List, as well as receiving the “Industry Mover” sustainability award by RobecoSAM. Republic was also named to the Forbes American’s Best Large Employers List and to the World’s Most Ethical Companies List by the Ethisphere Institute.