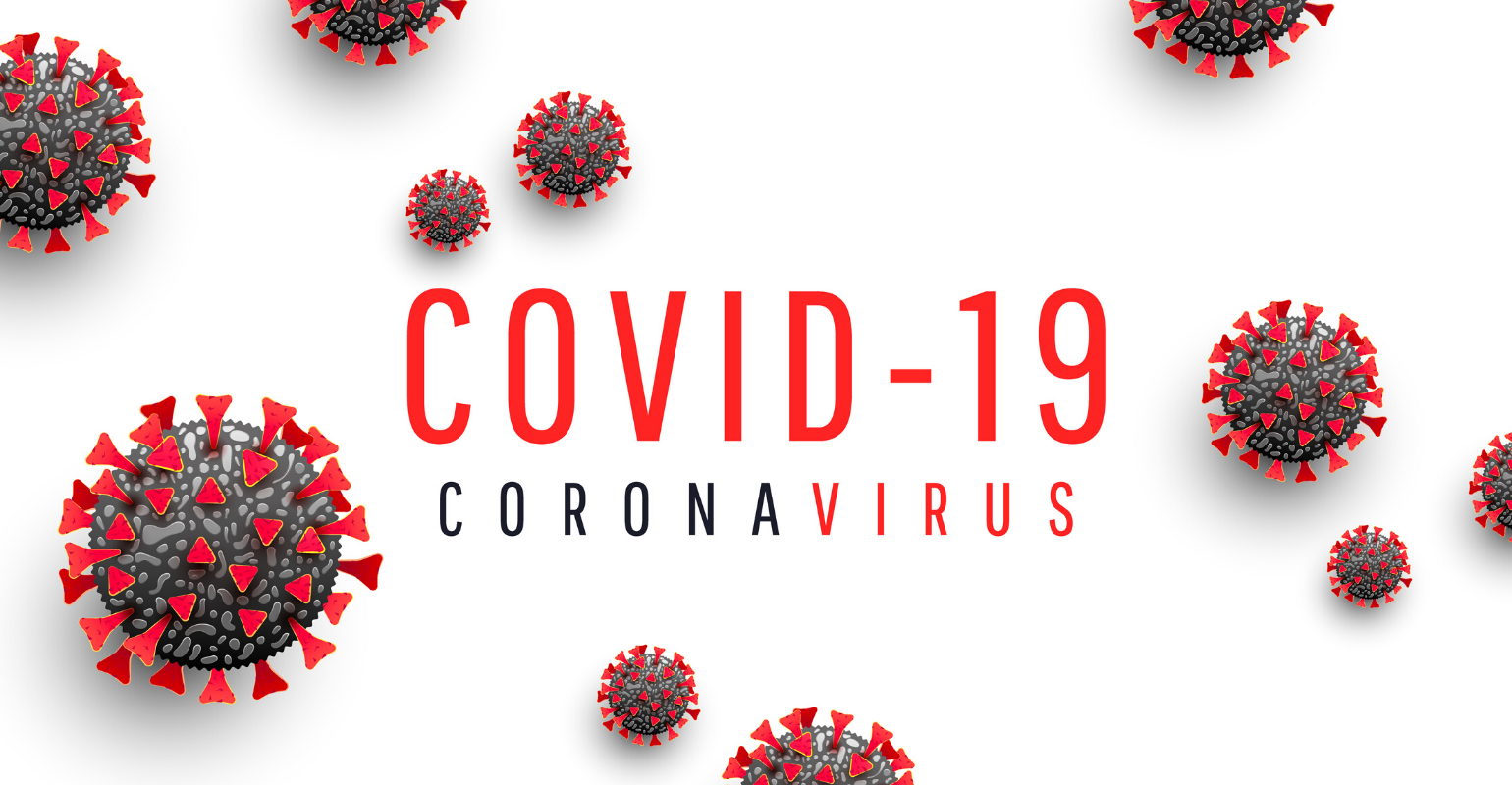 COVID-19 has sent a jolt through every waste operation in the U.S. — large and small, public and private. But is persevering through these times different for smaller organizations than the “bigs” like Waste Management and Republic Services with their expansive human and material resources and multibillions in annual revenue?

With 25 employees and a $14 million budget, Reno County Landfill in central Kansas keeps trucking through the pandemic, though with some adjustments. After a month of split shifts with seven or eight employees working at a time to mitigate virus exposure, the whole team has came back full time.

“The reduced hours were a challenge, since our tonnage has been up,” says Megan Davidson, solid waste director for the landfill. “Prior to COVID-19, we averaged about 300 tons a day of residential and commercial municipal solid waste. Since March 23 when stay-at-home orders went into effect, we have averaged 450 to 475 tons, with increases mainly in residential. But we have managed.” 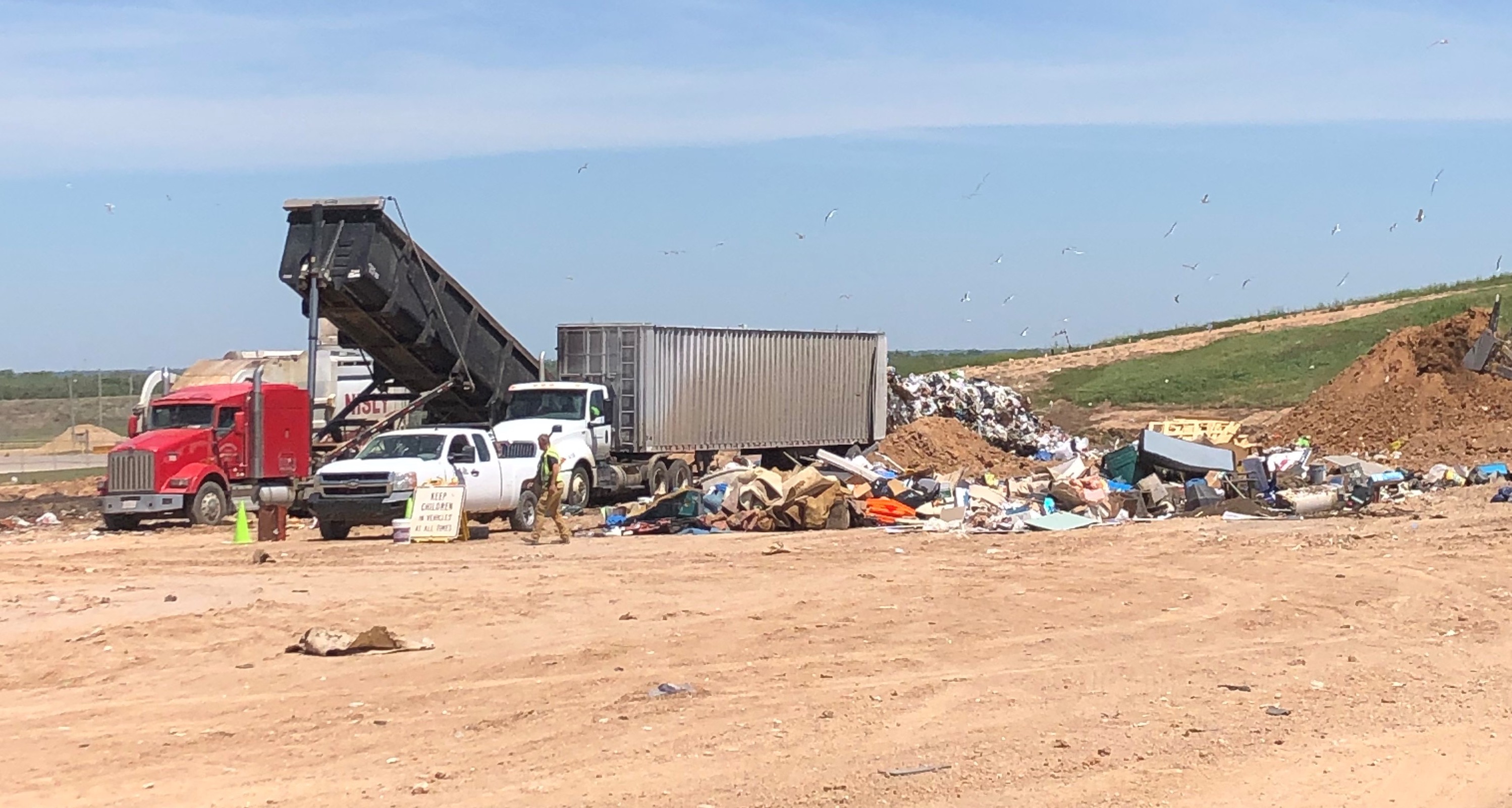 The government-owned landfill is in the midst of several construction projects, including a new scale house, and it remains on track with necessary equipment purchases. In fact, overall both spending and revenue remain steady.

Not being a large facility has had some advantages, Davidson says.

“We are not hauling like larger companies with their own fleets,” she says. “Rather, residents drop off material, and commercial businesses bring it in with private haulers. So we have been able to keep up with our own resources, despite having a fairly small staff to begin with and then having to temporarily reduce hours.

But as far as being a public facility versus private, there may be some drawbacks.

“Here, Reno County residents and commercial businesses pay a one-time solid waste fee added to their property taxes” Davidson says. “They can come out as often or little and pay the same amount. So there might be a little disadvantage with our fee structure than with private waste companies that have ongoing revenue from tipping fees. We haven’t seen a revenue change, but our taxes are due in May, so we will know shortly after that if we will have to make budget adjustments due to COVID’s impact.”

Twin Enviro Services, which operates in three counties in Colorado, owns two landfills and a MRF and does collections.

Twin Enviro’s commercial pickups are down at least 50 percent. The oil and gas exploration and production (E&P) waste it was managing has come to a halt. And it has so far lost over a month of business from the Steamboat ski resort, which closed its operations early. Despite all that, Twin Enviro has not laid off any of its 88 employees. Instead, management is redirecting some of the work.

“In terms of being small to mid-sized, I think we can be more responsive to customers’ needs,” says Les Liman, chairman for Twin Enviro. “When they call us, they are not rerouted to a call center. And I think the biggest disadvantage has to do with compliance issues in terms of safety and disposal. OSHA and the state health department want safety plans, disposal plans, operating plans, etc., and that’s more burden because of required staffing.”

The company’s existing construction and remodeling roll-off work has continued. Twin Enviro is providing service for multifamily projects, a Marriott hotel under construction, and a couple of school projects. However, new projects coming out of the ground have substantially slowed. 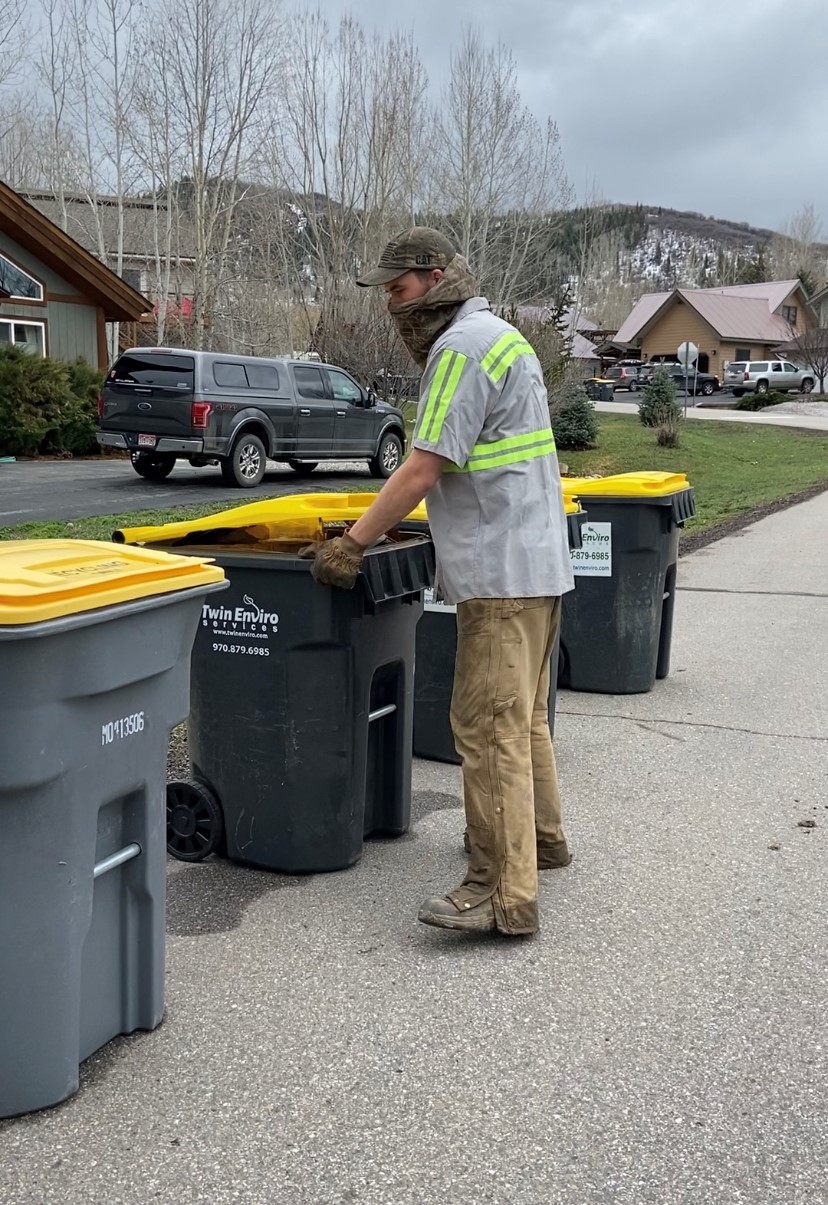 “My guys are grateful to be working,” says Mike Wheeler, owner of American Disposal. “Fortunately, we have not noticed a big economic impact, though we won’t know how many of our customers can’t pay us until their payments are due and they don’t come in.”

Wheeler anticipates a percentage of the company’s customers will default, and of course there will be ramifications.

So far, fees are steadily coming in, and there has been somewhat of an uptick in business. American Disposal has increased residential trash pickups and gained new contracts since the community’s transfer station is closed to residents for now. And as some businesses have reduced their volumes, they have been calling, shopping for affordable services that fit their changing volumes.

With 3,200 employees, Cincinnati-based Rumpke Waste & Recycling is not exactly a small trash company, especially for a family-owned operation, though with its 1,900-vehicle fleet and $694 million revenue in 2019, it still ranks as midsized.

As such, the company has been able to be nimble, creative and ready to quickly adapt to situations, even the changes driven by COVID-19, says Amanda Pratt, director of communications for Rumpke.

“As a midsized company, we still have 75 Rumpke family members working at the company daily who are very engaged in operations on various levels,” Pratt says. “Decision making is not based on outside shareholders. We have the ability to make decisions quickly because ownership is present and part of operations. This allows us to be flexible and keep up with the fluidity of this situation.”

With more of the population at home, the company is seeing around 20 to 25 percent more residential waste at the curb, including more items they normally see little of, such as furniture, as people are spring cleaning. And with the arrival of spring, there has been more yard waste to handle.

Still, management has been able to allow employees to take time off without incident and has implemented a paid pandemic sick leave policy to encourage those who are sick to stay home.

“We also moved the bulk of our office teams to work-at-home environments,” says Pratt. “We have all these practices because we want to keep our team healthy, as well as their families.”

The company is currently hiring more drivers and helpers to assist with extra loads. And with businesses’ waste down, a few commercial drivers are assisting with residential recycling efforts. But for the most part, says Pratt, operations are continuing as normal.

“Our shared vision is unified and strong,” she says. “We rely on and care for one another like one big family, especially now. There’s a lot of comradery, loyalty and dedication. Each of us wants to help the company succeed, and we will make personal sacrifices to achieve that goal. We like coming to work here, and we don’t want to let our co-workers or our customers down.” 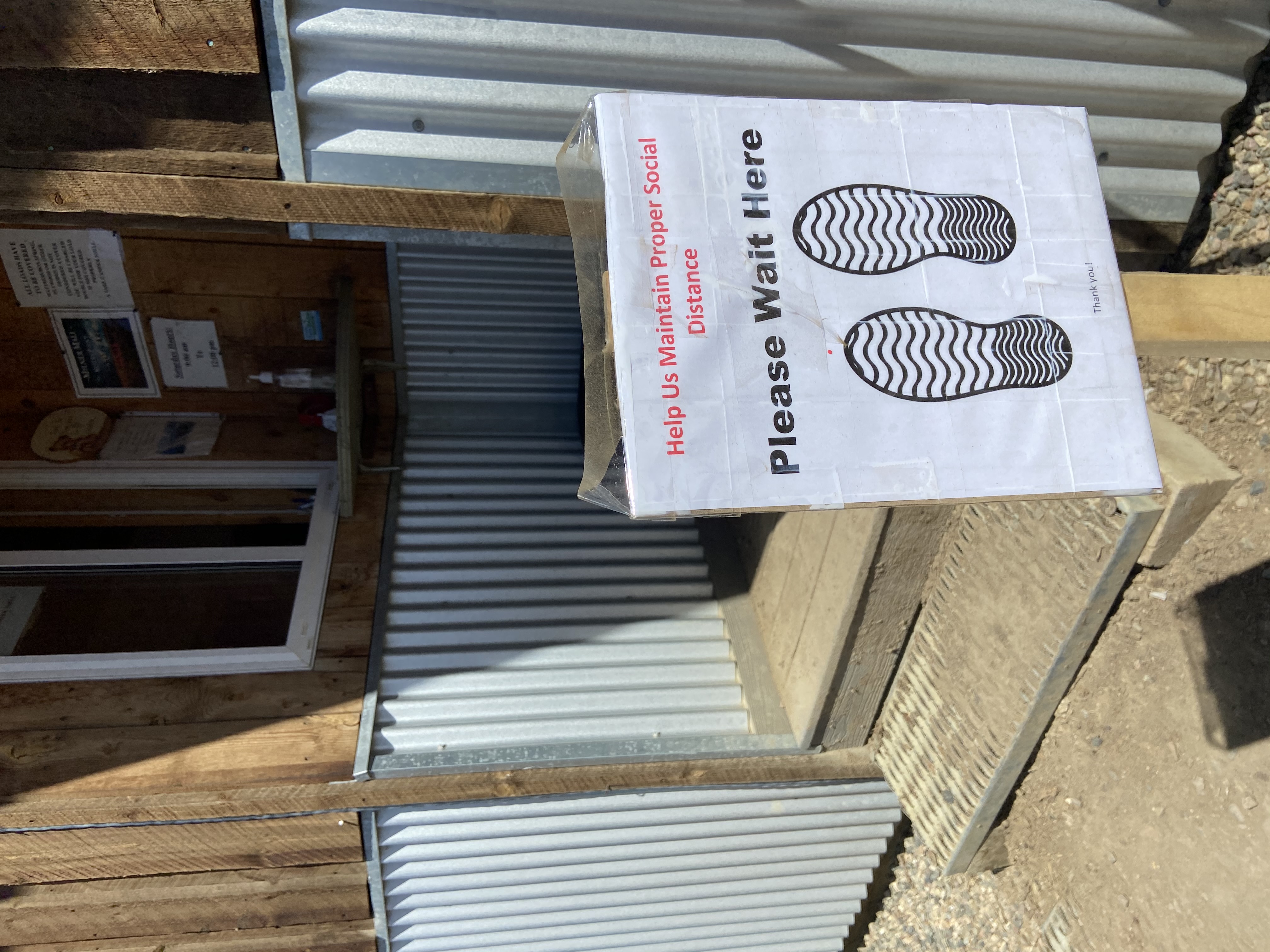 Back in Colorado, Liman says he feels Twin Enviro has been lucky.

“There have been low incidents of COVID-19 in Steamboat, Canon City and Trinidad — the communities we serve — so we don’t think our people are as impacted as those in many places,” Liman says. “But I think once the construction projects already started are done, it will get real quiet the rest of the year, and possibly next year. With oil prices down, I would expect E&P waste will come to a standstill for a couple of years. And as far as resort business, we have a lot of it in the summer, particularly in Steamboat. It’s hard to say what will happen this summer, but we hope it recovers soon.”