Waste Management has named James C. Fish Jr. as the company’s president and CEO. He has also been elected to the firm’s board of directors.

Fish succeeds David P. Steiner as CEO. Steiner served as CEO since 2004 and remains on the board of directors. The move is not a huge surprise. In July, Waste Management had named Fish its president as part of its succession planning process.

“Today’s announcement is the culmination of a succession planning process we started 18 months ago with the support of the entire board,” Robert Reum, non-executive chairman of the board, said in a statement. “Over the last 15 years at Waste Management, Jim has consistently delivered results, and has the skills and leadership qualities that make him ideally suited for the role. He has a deep understanding of our strategy, impressive financial and operational acumen and strong support from employees, customers and investors. We look forward to working closely with him and the rest of the senior leadership team as the company continues to execute on its long-term strategy. 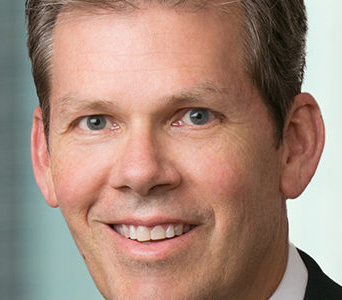 Fish steps in a time when Waste Management has posted a string of strong quarterly results. Most recently, the company announced financial results for its third quarter, which included a 5.6 percent increase in revenue.

“Jim is the natural and appropriate leader to step into the CEO role at this point in WM's story,” Hoffman wrote. “He was the architect of the restructuring that lead to eliminating the four group [resident layer and went on to work closely with Jim Trevathan to coordinate efforts to streamline the operating model at WM in the field and back office.”

Hoffman added that other departures could be possible in the interim.

“We would not be surprised if there are other individuals to leave WM,” he wrote. “It is our view the succession of David Steiner was primarily (solely) focused internally and as such it is natural for senior executives looking for the next role to move on in pursuit of that goal.”

Reum added, “On behalf of the board, I would like to thank David for his many contributions to our Company’s success over 16 years and his dedicated and effective service as CEO for the past 12 years.”

“It is a privilege to be named CEO of Waste Management, and I greatly appreciate the Board’s confidence in me,” Fish said in a statement. “Waste Management has executed extremely well on our overall strategy, the results of which are reflected in our very strong shareholder returns. Our strategy is sound and I look forward to working with the board, the leadership team and all of our talented employees in continuing to provide superior service to our valued customers.”

The company is continuing its search for a CFO. In the interim, Fish will continue to lead the finance organization.

Fish, 54, has held several roles of since he joined Waste Management in 2001.

Prior to becoming CFO in 2012 and president and CFO in July 2016, he held several key positions with the company, including senior vice president for the company’s Eastern Group, area vice president for Pennsylvania and West Virginia, market area general manager for Massachusetts and Rhode Island, vice president of price management and director of financial planning and analysis.

Fish earned a Bachelor of Science in accounting from Arizona State University and an MBA in finance from the University of Chicago. He is also a Certified Public Accountant.

In the past few years, Steiner has been vocal about the challenges that the economics of recycling pose for haulers.

Steiner has been CEO of Waste Management since March 2004. Prior to that, Steiner served as the company’s CFO. He joined the company in November 2000 as vice president and deputy general counsel and was appointed senior vice president, general counsel and corporate secretary in July 2001. In April 2003, he was elected CFO. He joined Waste Management from Phelps Dunbar, a law firm in New Orleans, La. As the CEO of the industry’s largest firm, Steiner was also the industry’s top paid executive.