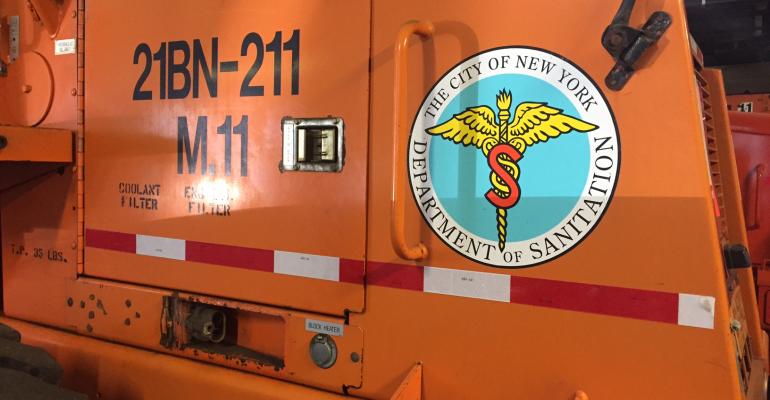 New York City is working to create a safer and more efficient system that offers high-quality, low-cost services to businesses.

Garcia says New York City is working to create a safer and more efficient system that offers high-quality, low-cost services to businesses and reduces truck traffic associated with the waste and recycling industry by 60 percent or more.

The city is expected to release its implementation plan for commercial waste franchise zones this summer.

On April 27 the driver of a private waste-collection truck hit and killed Leon Clark, 72, as he crossed the street near his home in the Bronx. It was the second time in six months that the driver had killed someone. In the past decade, dozens of New Yorkers have been killed by an industry stuck in a "race to the bottom."

Drivers in today's private waste-hauling industry face enormous pressure to complete long, meandering routes as quickly as possible. Nightly routes can be more than 100 miles long and cross several boroughs. This leads many drivers to cut corners and take unsafe actions that can have tragic results.

The city, through the Sanitation Department and Business Integrity Commission, is working toward wholesale, meaningful reform of this system. Our goal is to create a safe and efficient one that offers high-quality and low-cost service to New York City businesses while achieving our zero-waste goals.