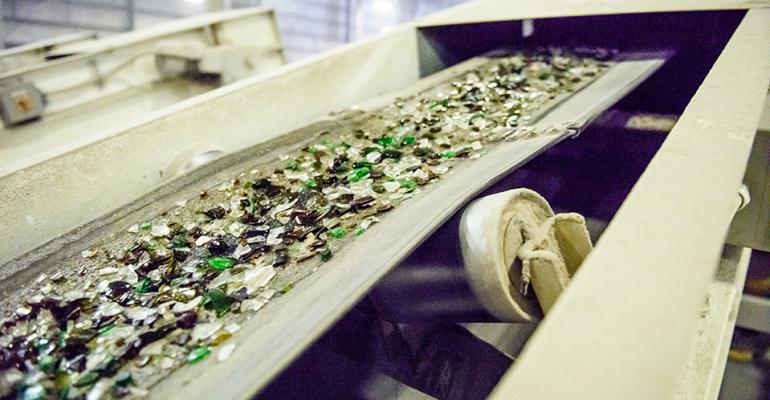 Part one of a three-part series this week takes a look at some companies that are utilizing sophisticated glass cleaning equipment and why some cities are exploring collection options like dual stream and drop-off locations.

A three-part series this week focuses on how some local governments and the waste industry are partnering to capture and reuse glass. Part one takes a look at some companies that are utilizing sophisticated glass cleaning equipment and why some cities are exploring collection options like dual stream and drop-off locations. Read part two here. Read part three here.

Glass recycling can be complicated and a tremendous investment. So a number of communities, even in the past couple of months, decided to end their glass collection programs or at least consider alternatives that would cost less time and money. But some local governments, materials recovery facilities (MRFs) and processors are putting all they’ve got into capturing and recycling more of this material.

For MRFs, in particular, contamination is a problem. Dealing with it means spending hundreds of millions of dollars on sophisticated glass cleaning equipment and education. Logistics come with heavy overlay, too.

Speaking on contamination, Laura Hennemann, vice president of marketing and communications at Strategic Materials, says, “Residents and businesses will throw a lot of unrecyclable materials in the bin, causing issues with sorting and equipment maintenance, which can drive down value of all recyclables. Due to this, MRFs have a hard time investing capital to make improvements.”

Balcones Recycling spent about $400,000 for a glass cleanup system at its Austin, Texas, MRF—one of its three sites—even though the company knew little about glass recycling at the time. It made the decision in order to secure a contract with the city of Austin, which required this service.

A nationwide search for the most robust glass cleaning technology it could find led Balcones to Bulk Handling Systems. The supplier replicated a system for Balcones that it had installed in the South Bay San Francisco area.

“We’ve never had issues with cross contamination or a claim from a mill, which was our biggest concern when we got in the business. It hasn’t been an issue because we take glass out on the front end and have a way to clean it up,” says Kerry Getter, CEO of Balcones Recycling.

Glass is removed at the first screen following presort; it goes through a glass breaker system, onto a shaker screen for sizing and then moves to an aspirator where it’s further cleaned with air.

As far as payback, Getter says, “We don’t calculate revenue from individual streams, but we are making money in our MRF, and we are processing glass.”

The company ships five 22-ton truckloads per day to Strategic Materials, which is about 160 miles away. Strategic then turns the glass into cullet.

“We invested in this primarily because Austin wanted it, but we think the fact that we will recycle glass gives us a competitive advantage in the marketplace,” says Getter. 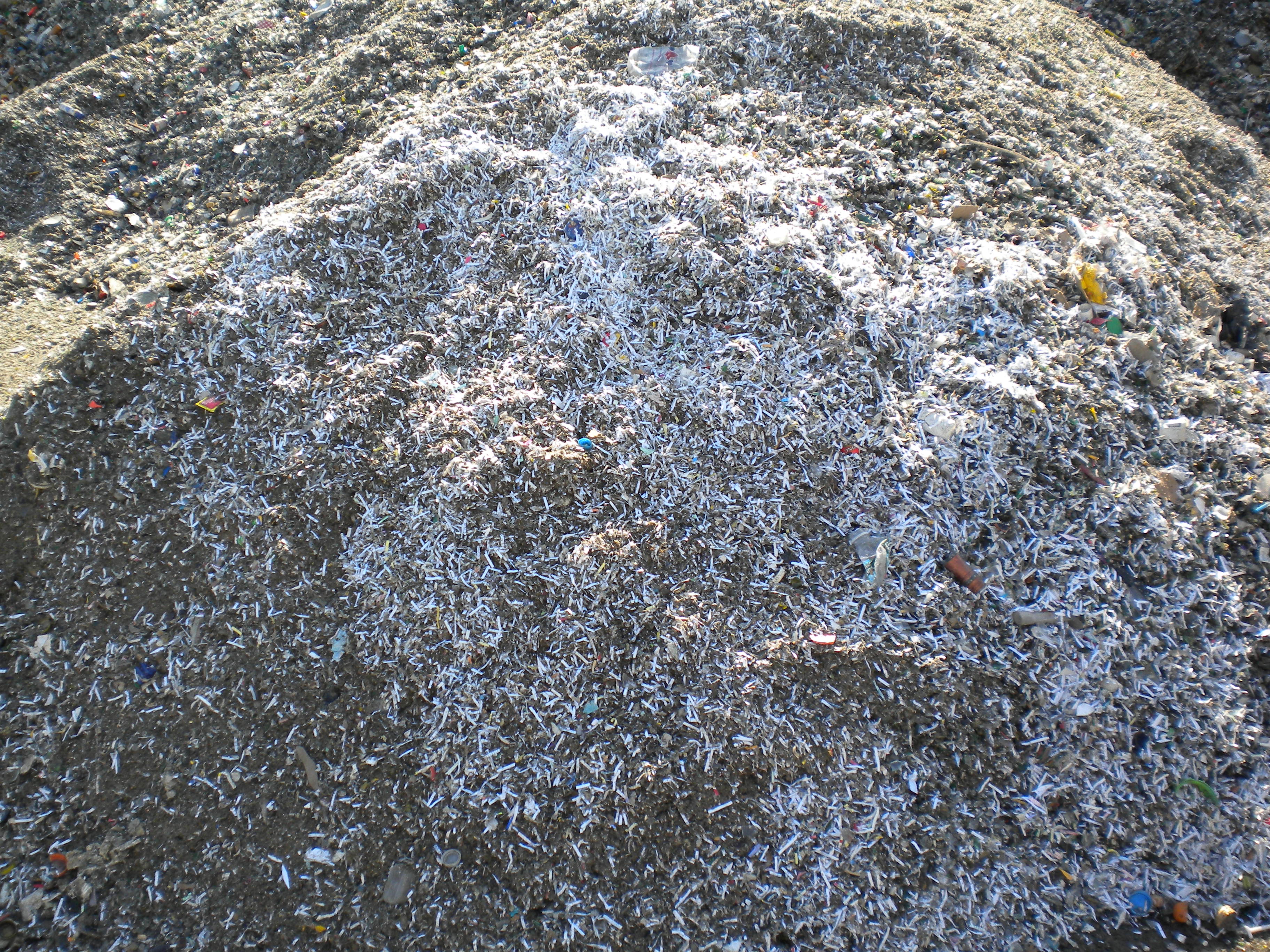 Some trends Strategic Materials has seen are cities looking at collection options like dual stream and drop-off locations. “Programs work best when the city is committed to finding a solution. And the best areas to recover glass are densely populated, with long and warm seasons, active nightlife and close end markets. However, we have implemented creative solutions for cities or regions that don’t fit that description,” says Hennemann.

Moore County, N.C., is one example. The processor provided the funding to refurbish a bunker there as a drop-off site for local haulers and residents.

With this set up, clean glass is aggregated in one place for sufficient volume to make it financially feasible for Strategic Materials to pick it up. The cleanliness adds value, which helps offset logistical costs while the city avoids landfilling.

“This is a great example of a private/public partnership,” says Hennemann.

“Our first choice is curbside pickup because it’s more convenient for residents and recovery/recycling rates are much higher than other options. But some custom or stop-gap solutions are better alternatives to landfill,” she adds.

DeKalb County, Ga., has a total of 15 glass drop-off sites at public locations like parks and libraries, as well as at its landfill. The biggest initial challenge was contamination. Residents were dumping garbage, and even appliances and furniture, in these huge containers. 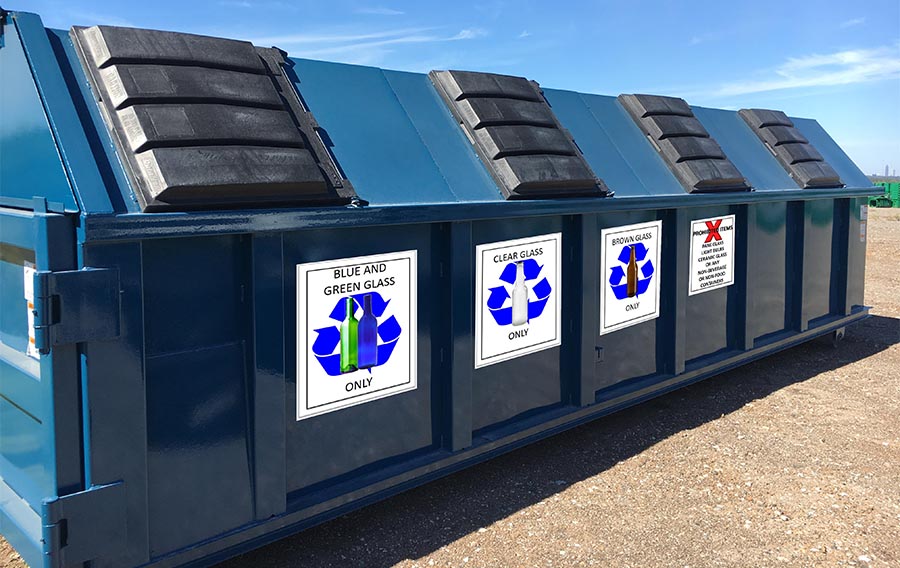 “We created decals explaining that contamination was a problem and reiterating these were for glass only. The decals also have contact information so residents can call with questions or report overflow, which also was an issue at first, as we had not anticipated such heavy usage. We addressed this by scheduling more frequent pickups,” says Pauline A. Andrea, public relations manager for DeKalb County Sanitation Division.

A processor pays the county $30 a ton, which has not generated profits. But Andrea says DeKalb is vested in this program for sustainability reasons.