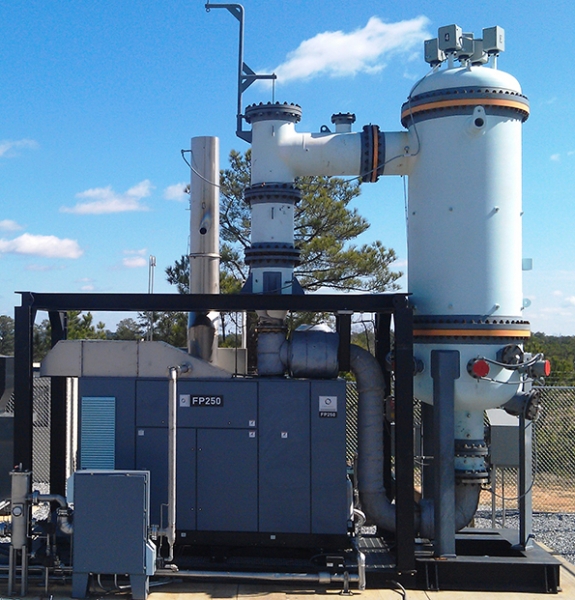 Through its acquisition of Dresser-Rand, Siemens, a global technology company that produces energy-efficient, resource-saving technologies, will now be commercializing Ener-Core’s gas-to-energy technology as part of its environmental solutions portfolio of products.  This is a significant development for Irvine, California-based Ener-Core Inc., which designs and manufactures systems that generate base load, clean power from waste gasses.

During a special event held in September 2015, Dresser-Rand and Ener-Core demonstrated how this technology allows clients to now use waste gas as viable fuel to generate electricity.

Alain Castro: Ener-Core’s technology replaces the combustor in Dresser-Rand’s gas turbine allowing for power generation from gases that traditionally are considered waste. The Ener-Core technology, the power oxidizer, is an alternative to traditional air abatement technologies that allows for a productive use of an otherwise burdensome waste stream.

The Power Oxidation technology which was originally termed “gradual oxidation” has been developed over a 10-year period. From 2011 to 2013, the technology was operated in a long-term trial funded by the U.S. Department of Defense. In 2014, the technology was first made commercially available by Ener-Core.

Waste360: How can Ener-Core prompt industries to become more sustainable?

Alain Castro: We believe that the best way to prompt industries to become more sustainable is to provide them with tools that make sustainable processes profitable. Ener-Core is providing a wide range of industries with an opportunity to profit from their greenhouse gas emissions, by using these emissions to generate power. The power generated from these waste gases can be sold or used on-site. Either way, this solution will have a direct effect on the financial bottom line of the underlying industrial facility.

One of our first customers, Pacific Ethanol, has already announced that it will reduce the operating costs at one of its plants by approximately $4 million a year. We expect for many other companies, across a wide range of industries, to be making similar announcements soon. This is not simply another technology that will enable industries to improve their air emissions. This is an opportunity for industries to lower their operating costs and become more competitive by monetizing their waste gases.

Alain Castro: The gases are compressed, heated and mixed with air in the Power Oxidizer vessel. The contents of the vessel are typically maintained at approximately 95 percent air and 5 percent gas. The oxidizer vessel is a pressure vessel filled with ceramic materials.

Waste360: How is the energy produced?

Alain Castro: The energy, which is already present in the waste gases, is converted through oxidation to thermal energy. Historically, the energy that is present in gases is released via ignition (combustion), but Ener-Core’s approach enables the generation of thermal energy without igniting the gases. The heat is then used to drive a turbine and spin the shaft of an electric generator to generate electrical energy.

There are three power sizes: 250 kilowatts, 333 kilowatts and 2 megawatts. And all are commercially available in the U.S.

Waste360: How is this different from other systems?

The power oxidizer is different from a combustion chamber in that it does not ignite the gas, and it has significantly lower air emissions than any combustion-based device. The integrated power stations made by Ener-Core are the result of integrating the traditional rotating equipment from turbines with Ener-Core’s power oxidizers. The resulting turbines are different from traditional gas turbines, in that they can produce power from ultra-low quality gases, and while at the same time preventing the air emissions that are typically associated with turbines, engines and other combustion-based power systems.

Waste360: Which companies are planning on using it?

Alain Castro: The companies that stand to gain the most from this technology are typically within commodity industries that produce waste gases as an undesirable byproduct of their own manufacturing processes. Some example industries include oil and gas, food processing, distilleries, coal mining, wastewater treatment and even pharmaceuticals, to name a few.

The technology just became available commercially last year, and hence there are just a few early adopter companies thus far, which include Attero, a Dutch waste company, Pacific Ethanol, an ethanol production company, and the University of California at Irvine.