When Does It Make Sense to Invest in RNG? 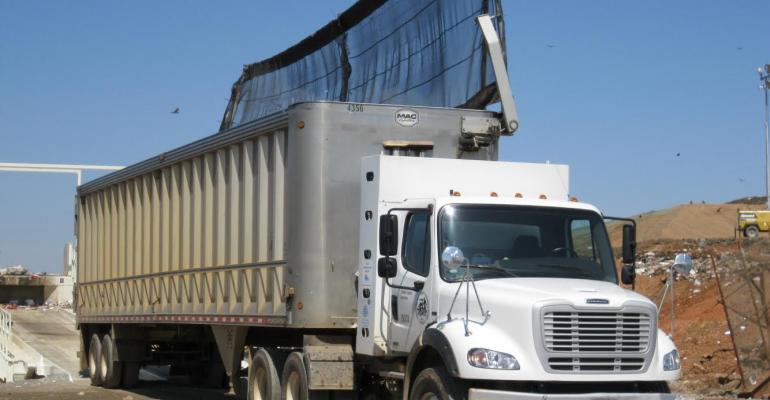 More than 60 percent of new refuse collection trucks purchased today have natural gas engines that are suitable for 100 percent renewable natural gas (RNG). Fleet owners switching from diesel to these RNG trucks are doing it to save in fuel and maintenance costs, to tap into Renewable Identification Number credits (RINs) or Low-Carbon Fuel Standard credits (LCFS) and/or for more leverage to win municipal contracts.

Waste360: How long may it take to see payback on an investment in RNG?

Brad Douville: You may see payback in as little as two years of the incremental cost of the RNG truck versus cost of a diesel truck, which is realized in fuel savings. [In California, for instance,] RNG is sold at the same price as fossil-derived natural gas, but it’s cheaper than diesel fuel.

Waste360: Why would one opt for RNG over fossil-derived natural gas?

​Brad Douville: One main reason is that you can win municipal collection contracts based on fuel cost savings. But what’s especially important is that municipalities can get green credentials for reducing greenhouse gas emissions.

If you fuel trucks with RNG, you can have zero net carbon emissions, and actually negative carbon emissions, because you are not releasing raw methane into the atmosphere. So, it’s attractive for municipalities looking to take steps toward becoming carbon neutral.

Waste360: In what timeframe must one replace or modify their fleet to see payback? And when might they see that payback?

Brad Douville: Typically, a fleet owner would buy RNG trucks on the normal replacement cycle [replacing in a given year however many they would have otherwise replaced]. ​

Since payback comes from cost savings of RNG versus diesel, it depends on how much fuel you use. A typical refuse ​collection ​truck consumes 8,000 to 10,000 gallons a year. With RNG, you would save about $1.50 per equivalent of diesel. This is a ballpark figure for now, and it would translate to $15,000 a year of savings per truck. So, that would be a payback in less than three years per truck.

My advice is replace trucks as quickly as you can.

Waste360: What is the biggest expense of RNG?

Brad Douville: The biggest expense is fuel storage on the truck. There are some advanced fuel storage technologies like adsorption media that allows methane to be stored more compactly. But the technologies have not been commercialized yet. RNG storage costs more than having a simple container that holds diesel, but with fuel cost savings, it will not necessarily be a more expensive endeavor.

Waste360: Why and when would one consider building their own RNG station?

Brad Douville: Fleet size is one major factor to think about. If you have a large fleet [about 40 trucks], having your own station could make sense.

​The trick is to spread the capital cost of the station across as many trucks as it can comfortably fuel. ​If you have fewer trucks than the capacity of the station,​ you may be able to sell some of your excess RNG to third parties at attractive pricing.​

Conversely, if you have a small fleet [less than 10 trucks], you may not be able to justify building your own station and would ​fuel at a public station.

Waste360: If one buys a station, what might their payback period be?

Brad Douville: If you have enough trucks to own a station, you determine your own capital amortization period. ​​A longer period of say 20 years, versus ​a shorter one of say five years, means lower annual fuel costs, which accelerates the payback of the RNG trucks versus diesel. ​

Most fleets are in it for the long term, so owning your own station with a 20-year amortization is attractive.

Waste360: How does one maximize RINs or LCFS credits?

Brad Douville: If you’re a fleet, ask if you’re going to generate RNG from your own landfill gas and if you’re going to put in a fuel station that you own. In this scenario, you will maximize value of both RINs and LCFS because you have captured the whole value chain. Know that there are several complicated transactions involved that require expert knowledge. But, if you are bold enough, it’s possible to do the entire project on your own. Most fleets doing it all go well beyond savings to revenue generation.