Solid Recovered Fuels: The Next Frontier for Fossil Fuel Alternatives? 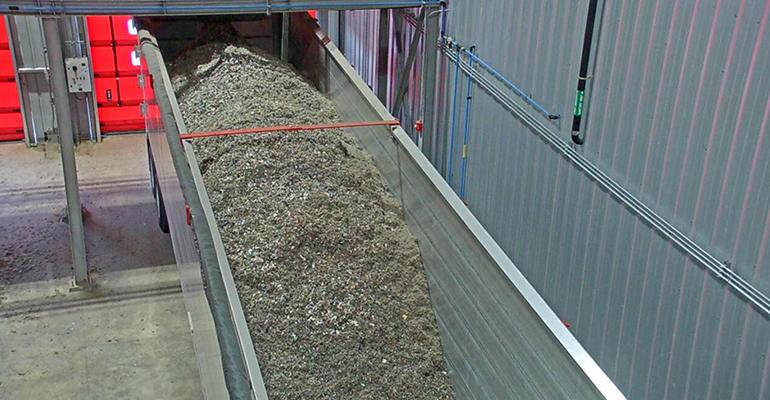 In some applications, solid recovered fuel is expected to replace up to 100 percent of fossil fuels to generate electricity or heat.

As the concept of renewable alternative fuel has evolved, so have several terms classifying these products. Some of those terms are “refuse-derived fuel” (RDF), “engineered fuel” and “solid recovered fuel.” On top of these designations, companies coin their own brands to try and distinguish themselves. But how do you differentiate between products? Which fuel type makes sense for what application? What are the regulations around each? And what are associated costs?

RDF actually has been around for nearly 30 years. The term was created to try and set the product apart from fuel created via mass burn technology.

“Mass burn was leveraged by big power plants where trash was burned as it came off the truck. RDF plants shredded and mixed it. It was not necessarily cleaner, but you could get more energy value by doing this preparation to make low-grade fuel,” says Steve Simmons, president of Gershman, Brickner & Bratton.

RDF is only suitable in a few applications and has limited fuel replacement capabilities, which include applications that are not very sensitive to fuel quality fluctuations and/or where there would be low fossil fuel substitution rates. A common example would be fluidized bed borders with heat generated from combustion used to make steam. Otherwise, introducing RDF can upset a plant’s process, says Matt Allers, owner’s representative for RePower South. 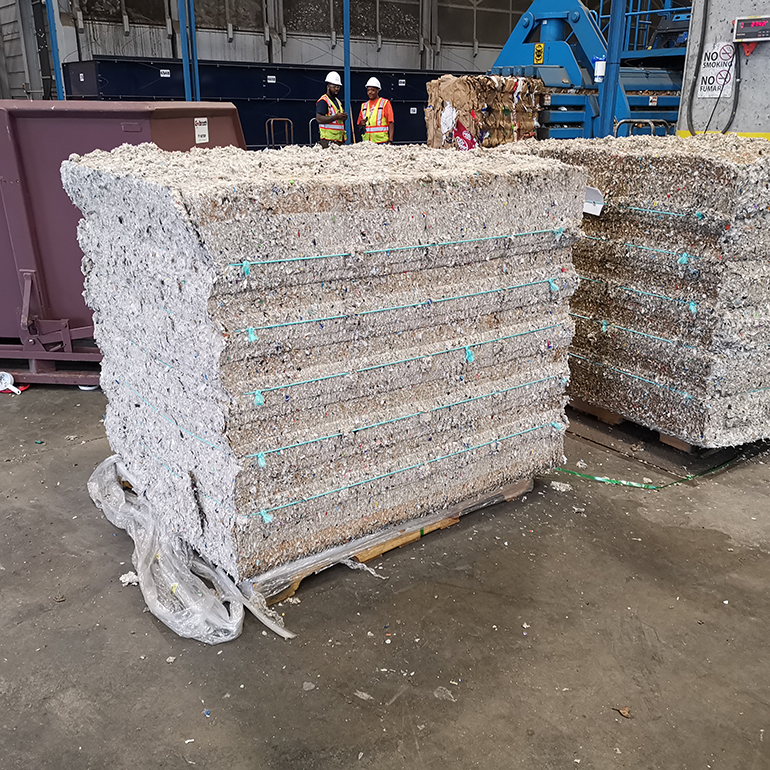 So, along came a more processed product called engineered fuel with less moisture, higher heat value and more consistent quality. Also known as solid recovered fuel (SRF), depending on quality and process, it can replace up to 100 percent of fossil fuels to generate electricity or heat. Though it is more often in the range of 30 to 60 percent. End users are typically operators of cement kilns and boilers.

RePower South bought the license to a SRF that’s branded as ReEngineered Feedstock (ReEF) that replaces at least 50 percent of fossil fuel in industrial and utility boilers.

Like other engineered fuels, one of ReEF’s main sells is it contains less carbon than fossil fuels. It’s made mainly from fibers from paper and cardboard as well as polymers.

“We did a successful trial with ReEF at a coal-fired power plant in operation on the grid. They can’t afford to upset their boilers, so there are stringent quality criteria,” says Allers.

SRF technologies require a high investment in equipment, such as dryers to remove moisture and optical sorters to remove high-chlorine plastics. RePower South’s technology includes a shredder, advanced sorting and the most distinguishing feature is the rocket mill that grinds, dries and cleans the material, which is beaten into a fluff. 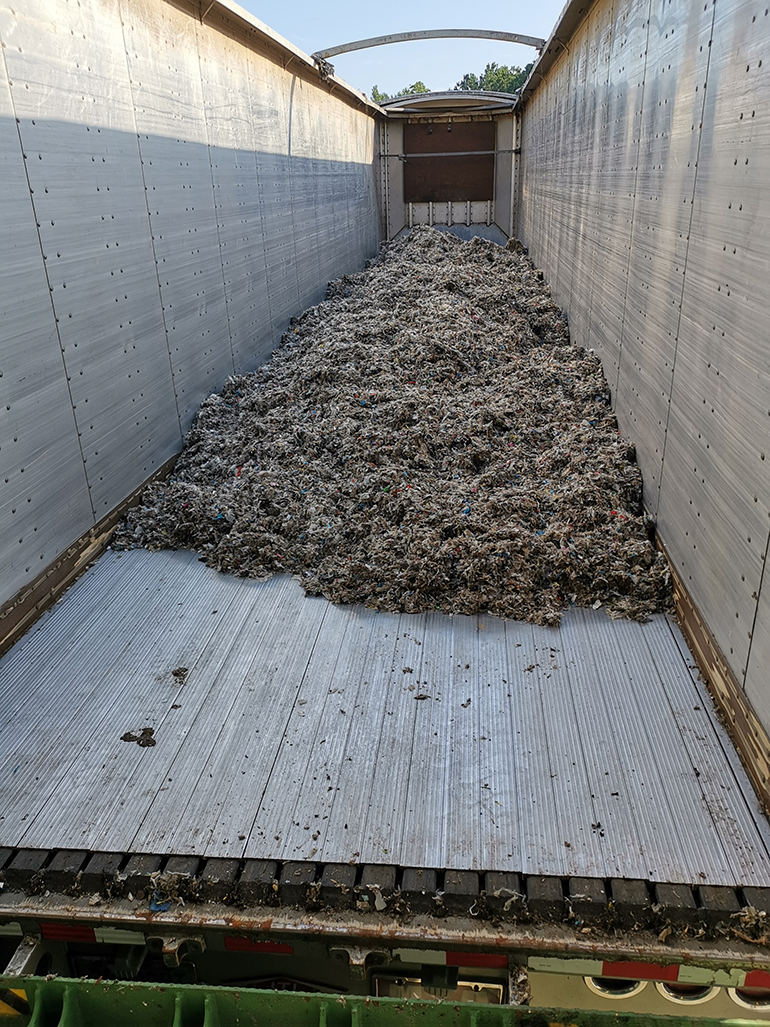 RDF is generally less expensive to produce than SRF. But there is no open market for it in the U.S. And no one is developing new projects, says Simmons.

There are only a handful of plants left, including in Orrington, Maine; West Wareham, Mass.; Hartford, Conn.; Portsmouth, Va.; and a couple in Florida. One in Detroit and another in Elk River, Minn., are closing.

Meanwhile, SRF projects are gaining traction. Entsorga’s West Virginia plant, RePower’s South Carolina and Alabama plants and an operation at Wasatch Integrated Waste Management District in Utah are among them.

Simmons knows of others he can’t name because they are under nondisclosure agreements.

“The U.S. Environmental Protection Agency classifies SRF as non-hazardous secondary material. If it’s burned in a kiln, it’s regulated as any material burned in a kiln. But if RDF were burned in the same environment, it would be regulated as a cement kiln and as a waste-to-energy plant or incinerator. So, you would have to comply with two levels of regulations,” says Simmons. 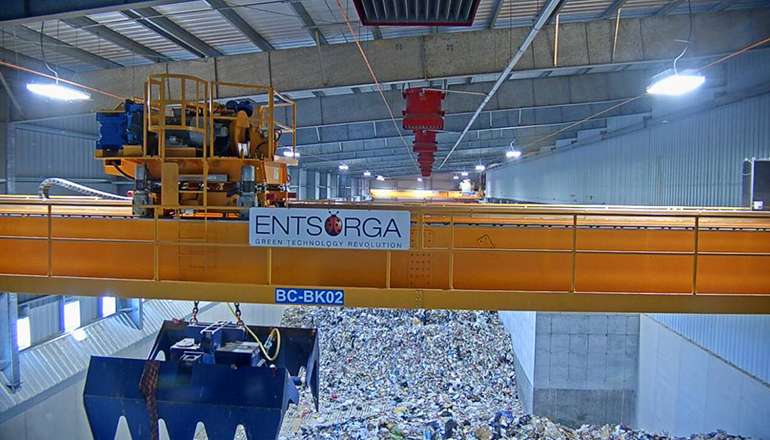 Entsorga makes an engineered fuel it calls Prometheus. Prometheus can be produced according to customer’s specifications by biodrying municipal solid waste, mechanically refining it and possibly adding selected commercial and industrial waste. This is done to homogenize the chemical composition and raise British thermal unit content, says Paolo Carollo, vice president of operations for North America at Entsorga.

He believes engineered fuels will help solve problems of thermal technologies like gasification and pyrolysis.

“Some of the recent failures in this space were mostly due to the non-homogeneity of feedstock, resulting in difficult-to-control process conditions … Considering that the quality of processed engineered fuels is homogenous and they can be produced according to a specification, we believe there is great opportunity for them to improve advanced thermal treatment technologies,” says Carollo.

Still, there are issues to iron out such as securing enough feedstock to run these plants. And a need for a new recycling and recovery model.

“Future opportunities will be based on a model where processing facilities will recycle/upcycle high-value waste streams and where unsorted municipal waste and residual, nonmarketable commodities will be used to produce this low-carbon alternative fuel,” says Carollo.