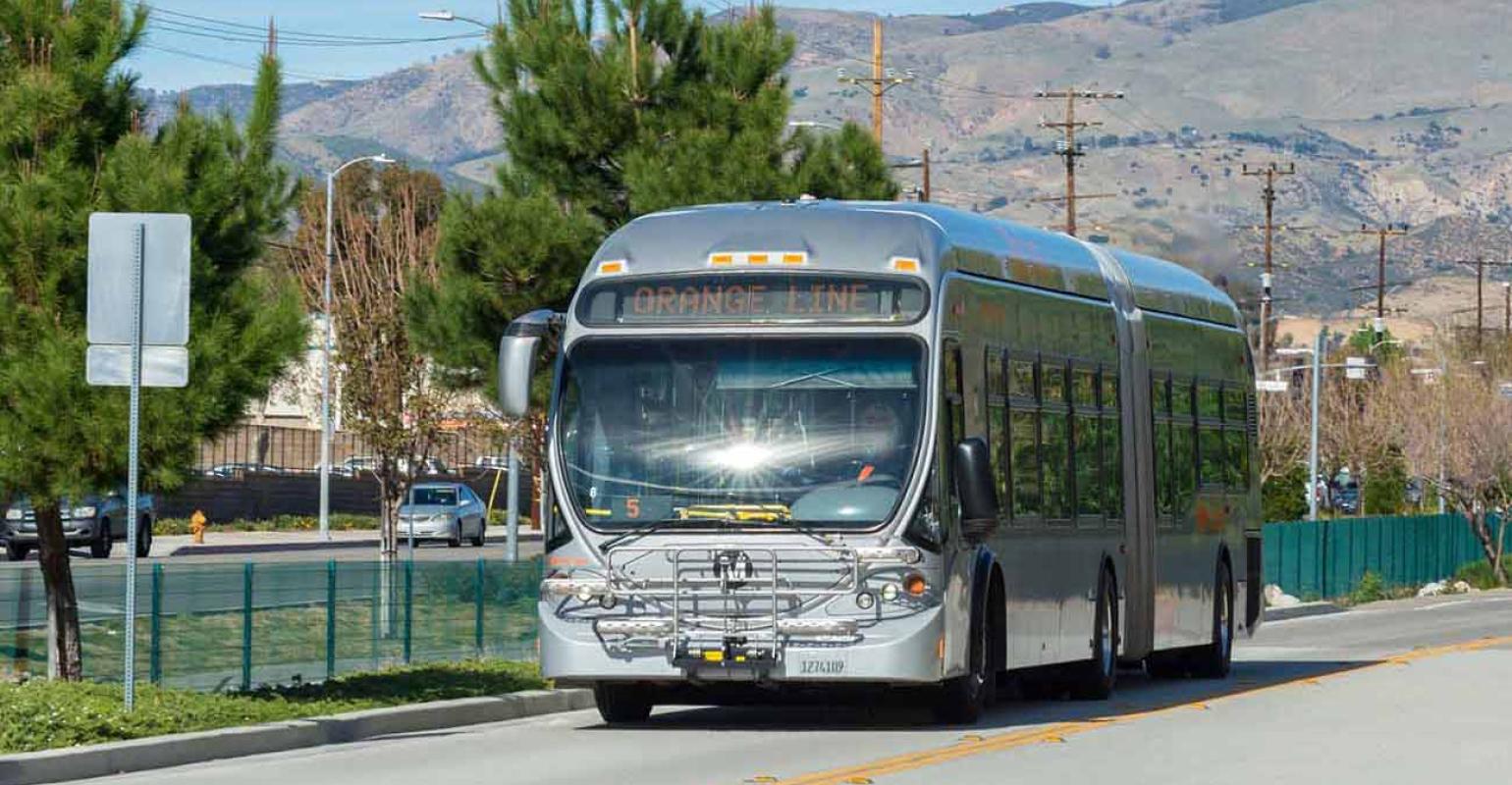 LA Metro’s plan is to reach a 2030 zero emission target and retain environmental attributes by selling credits earned by dispensing and using RNG.

Last month, Metro exercised a four-year option in its contract with Clean Energy Renewable Fuels, a subsidiary of Clean Energy Fuels. Through that option, RNG now flows into four more of its 11 bus divisions.

It was a workable transition, as the entire 2,200-truck fleet had been converted to compressed fossil natural gas years earlier in support of the agency’s clean energy policy. The plan now is to gain traction toward two goals: reaching toward a 2030 zero emission target and retaining environmental attributes by selling credits earned by dispensing and using RNG.

“It was the local gas utility that introduced biomethane to us after we’d converted our fleet. It was an educational process for us, but when we looked more into it, the carbon credits were attractive,” says Cris Liban, executive officer of environment and sustainability at Metro Authority.

“We took a business proposition to the board. What sold them was the clean air benefits, that it would require no infrastructure changes with regard to our buses and stations and that it would bring in revenue,” he says. 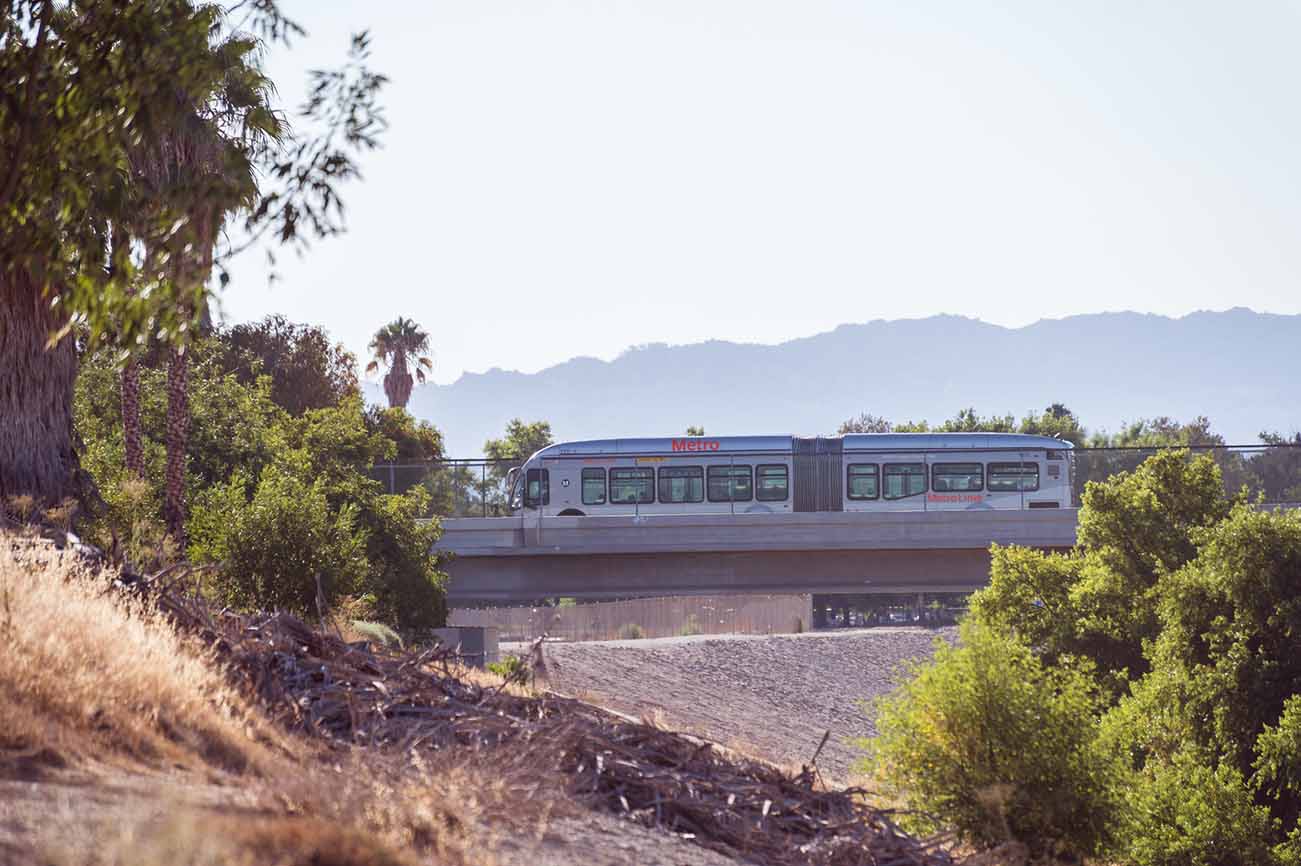 Metro is looking through two lenses: an environmental/clean air lens, particularly focused on nonattainment areas where emissions requirements are unmet, and a business lens, which is about tapping into renewable identification numbers (RINS) and low-carbon fuel credits to sell and reinvest in its operations.

Strategies for revenue optimization center around biomethane investment decisions, including determining volume to buy; when to sell credits in a typically volatile, fluctuating market; and available fuel sources, with special interest in fuel of the lowest carbon intensity.

“Transitioning to renewable natural gas along with the use of low NOx engines reduces our fleets’ NOx emissions by 90 percent, so it was an easy decision,” said John Drayton, former Metro director of vehicle technology, in a statement.

“For us, this relationship is an important opportunity to provide RNG to a long-time customer [Clean Energy was operating Metro’s stations], as well as to work with a very large CNG [compressed natural gas] fleet. It’s enabled us to demonstrate that RNG is a winning proposition for other CNG fleets,” says Sahar Kamali, director of business development for Clean Energy Renewable Fuels.

She believes this relationship has the potential to have a far-reaching impact.

“This is a large, successful agency making the investment to convert to RNG, and other potential end users are paying attention. I think they are seeing if a transportation operation like Metro is going to RNG, perhaps they should be moving in the same direction,” says Kamali.

While infrastructure is in place to run on RNG, there are other considerations that will affect how much and how fast expansion occurs, such as available supply, including from lowest carbon intensity sources.

“We are tracking sources of RNG looking for the lowest carbon intensity, which is from dairy farms. We would ideally want to source from these farms first,” says Liban. “It’s the cleanest RNG you can buy [translating to lower emissions and higher credit values]. But with those sources mainly in development, and with the volume we could potentially use, we can’t get enough from those projects now.”

But the plan is to remain committed to RNG as part of Metro’s transition path to zero emission vehicles.

“Regulations drive us to have the cleanest fleet possible because the transportation industry contributes up to 40 percent of all clean air issues here in the basin. What a great place to seriously address these issues … at [one of the] largest bus fleet systems in the country,” says Liban.