How a Pennsylvania Trash Company is Working to Build RNG Infrastructure 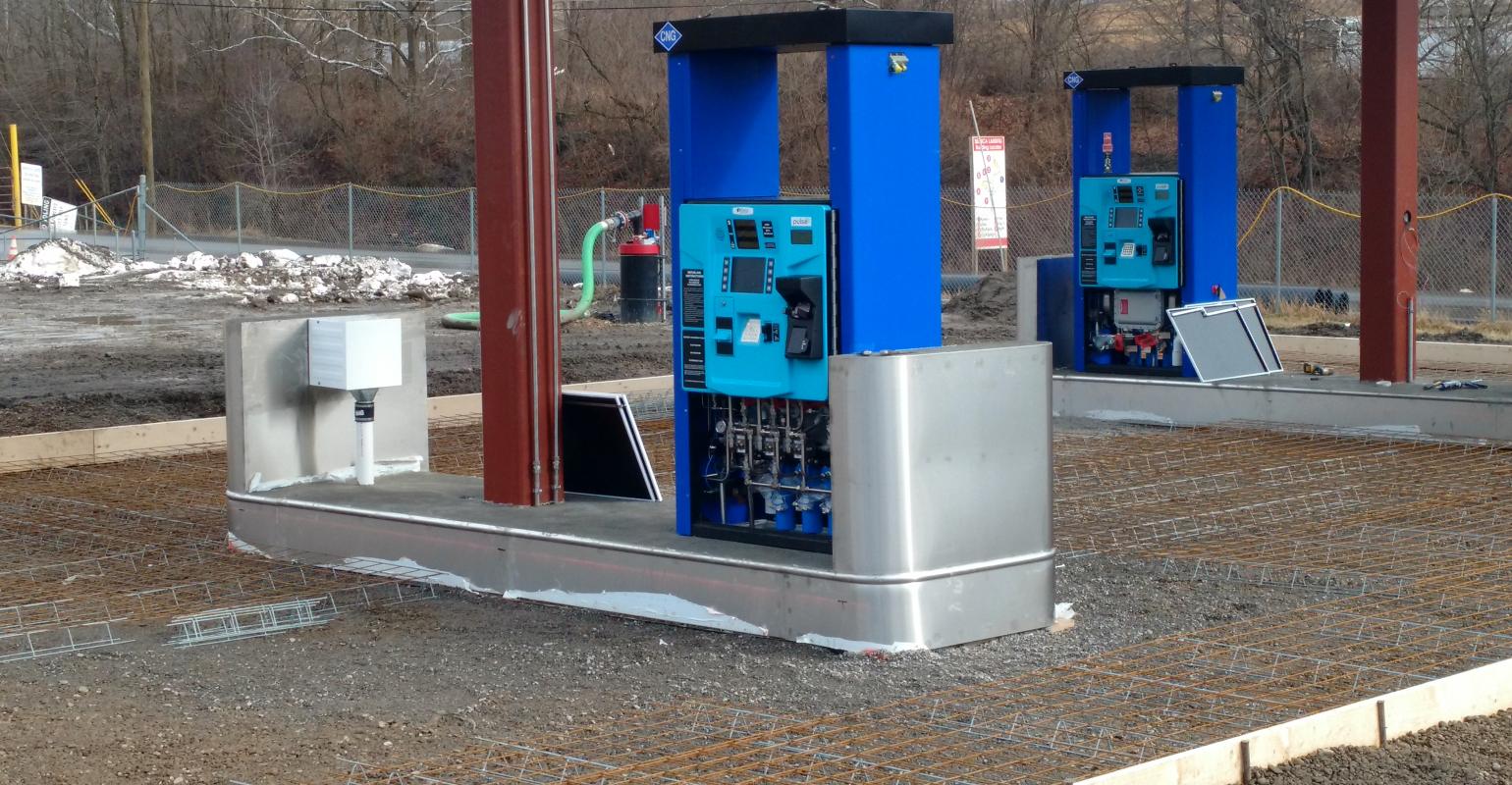 Vogel Disposal Service seeks to eventually fill its 220-vehicle fleet at one of several fueling stations it will own, one day bypassing the utility.

Vogel Disposal Service has become Pennsylvania’s first waste company to make renewable natural gas (RNG) from its methane and to build its own compressed natural gas (CNG) stations fueling that gas. The Mars, Pa.-based integrated trash company that began with eight CNG trucks around 2010 wants to eventually fill its 220-vehicle fleet at one of several fueling stations it will own in Western Pennsylvania.

Two stations are up and running—one at Seneca Landfill in Evans City and another at its Mars hauling location. Vogel is on trajectory to launch two more stations next year for its own operations that will also open to the public.

Hoping to jump-start business, the company is offering its host communities $5,000 toward purchase of their first CNG vehicle. These communities would also get a 20 percent discount on fuel.

For now, Vogel is especially focused on building infrastructure for its own operation. The plan is to one day bypass the utility. Trucks would fill at Seneca landfill when they dump loads. Or they could fuel where they are housed via a virtual pipeline, with a trailer transporting gas from the landfill to these remote locations.

“Being able to fill at our landfill and our other locations with our own gas makes it economical because there is no middle man. That was the whole idea,” says Ed Vogel, vice president of family-run Vogel Disposal.

A grant helped with the existing projects. With these other construction projects in the works and about another 180 trucks to convert, he’s looking for more grants.

“When it comes through the utility pipeline, you may pay $2 or $3 per MMBTU [one million British Thermal Units] and another $4 to $5 to get it to from the point of origin to the station,” he says.

But there was another incentive.

“We pull out plastics, cans, etc., for recycling. Whatever we can’t recycle goes to landfill, and we take gas off of it to make fuel,” says Vogel. “So, what we pick up today is used to make gas to fill trucks later. That’s as close to 100 percent recycling as we can get.”

Insight-Fuel is designing and building the stations, will manage and maintain them and provide basic training to drivers, mechanics and landfill maintenance staff.

The Macedonia, Ohio-based developer has worked on more than 157 CNG projects in the U.S., and as it has expanded, its COO and co-owner Bob Beatty has seen firsthand infrastructure challenges.

“CNG truck manufacturers say we will build more vehicles when there are more stations. And project developers say we will build more stations when there are more vehicles. It’s a chicken-and-egg challenge. Our desire is to have an omelet from the start,” he says. He believes Vogel’s strategy is sound: to start slow as the first end user, then try to sell RNG to the community.

“We are appreciative of the opportunity [to fund our first CNG truck if we find a grant and for a discount on gas]. But we learned from a cost benefit analysis that the financial benefits aren’t there without grant money. It would cost tens of thousands [of dollars] to convert our fleet and would take beyond the life of the vehicle to earn back savings,” says Chris Rearick, Jackson Township manager.

“If we see opportunities for grants, and as technology improves and becomes more cost effective, we would certainly consider it … I anticipate we will become a customer in the future,” says Rearick.

In the meantime, Vogel is vested in providing an anchor fleet, starting as the first patron of the business it hopes to grow.

“In time, I would like to see stations at each of our six hauling locations. With two stations that are operational and active plans for two more, we’re off to a good start,” he says.