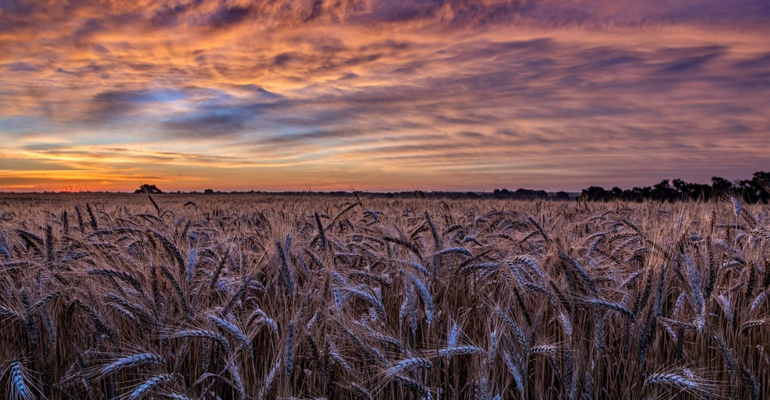 About 1.2 billion more tons of food goes uneaten each year worldwide than was thought – most of which is lost before it leaves the farm. That astonishing figure is on top of 931 million tons that is wasted annually at retailers and in homes, according to the World Wildlife Fund (WWF) and British multinational food retailer Tesco. These latest findings indicate that about 40% of food is never consumed, up from the previous estimate of 33% .

The report, Driven to Waste, came with another surprise:  higher and middle-income countries are responsible for most of that on-farm loss; before it was believed that less-industrialized regions were the greatest contributors to food loss at the beginning of the supply chain.

“This study is a reminder that governments across the world need to set more ambitious goals, not only to address food waste (from supermarket to homes), but food loss (from farm to retail). The food loss piece in particular needs to be more explicitly addressed in those government ambitions,” says Alex Nichols-Vinueza, manager, Food Loss & Waste at World Wildlife Fund.

A challenge is that this is not a point source pollution problem. It’s more complex, calling for a coordination of efforts among multiple stakeholders along the supply chain. WWF’s stand, as with some other early movers in this space, is that multi-stakeholder engagement through private-public partnerships can support the more ambitious national goals Nichols-Vinueza talks about.

A few countries with this mindset have launched collaborations to address food waste from farm to fork, with the UK being farthest along. A lead player in the food retail space in that region is the new study’s supporter Tesco. Ken Murphy, Tesco’s CEO, has called on the whole industry to ramp up efforts to tackle the problems.

Working with its largest global suppliers the supermarket chain has seen a greater than 40% reduction in food waste from its 2016/17 baseline. And it’s sent no food to landfill since 2009, the result of multiple practices.

“We are continuously taking action, from broadening our specs and selling wonky vegetables … to donating surplus farm produce to schools and communities in Kenya. This year several of our suppliers will report their own farm food loss and waste for the first time [Tesco has done this for 8 years], helping to tackle waste in the earliest parts of the supply chain,” Murphy says.

This whole-chain approach has also begun in the U.S. with the Pacific Coast Food Waste Commitment, a collaboration of governments, retailers, and manufacturers. They are prioritizing measurements, transparent reporting, and working on interventions to reduce waste and loss.

Reportedly one of the largest such initiatives in the world, the Pacific Coast group is on the right track, in Nichols-Vinueza’s eyes because it is not just setting goals but convening to align policy makers from state and local governments, to large retailers, among stakeholders.

“We are sharing pre-competitively what is working to be able overcome hurdles faster and accelerate progress… There is plenty we can all learn from each other,” he says.

These early collaborators are starting with regular measurements of food loss and waste at every stop, a practice that WWF says the study findings emphasize is essential. It’s the first research in over 10 years to explore what happens on the farm and was driven by a desire to better understand why food is overproduced, lost, and or wasted—as well as to narrow the gap in knowledge between what happens preharvest and during harvest.

Equally motivating the deep dive is WWF’s goal to try and freeze agriculture’s expansive footprint. Today, it takes over one billion acres of land and just over two trillion gallons of water to produce those 1.2 billion tons of food lost during and after harvest or diverted to uses other than human consumption.

“By better understanding how much loss is happening we think we can start to further reduce it, which we believe will lessen that footprint of agriculture,” Nichols-Vinueza says.

WWF developed a metric it’s piloting with large growers in the U.S. to get more comprehensive stats. The idea is that once what is left on farms is tracked, alternative channels can be identified, whether upcycling, donation, or compost for what’s not edible.

While the latest findings on food lost at farms was a surprise, the problem has long been on WWF’s radar, leading to its No Food Left Behind series, papers exploring topics such as alternative harvesting models and potential options for rescuing food from fields.

“It’s about trying to create a more circular economy and not leave food on farms to rot. And this is not farmers’ sole responsibility. It needs to be a collaborative effort between growers and buyers,” Nichols-Vinueza says.

Providing technology and training on farms is not enough; decisions made further down the supply chain by business and governments impact food lost or wasted on farms, agrees Lilly Da Gama, Food Loss and Waste program manager at World Wildlife Fund-UK and one of the report’s lead authors.

In a statement Da Gama said, “To achieve a meaningful reduction, national governments and market actors must take action to support farmers across the world and commit to halving food waste across all stages of the supply chain. Current policies are not ambitious enough.”